Grantland Reality Fantasy League: The Mushroom Farmer Was a G 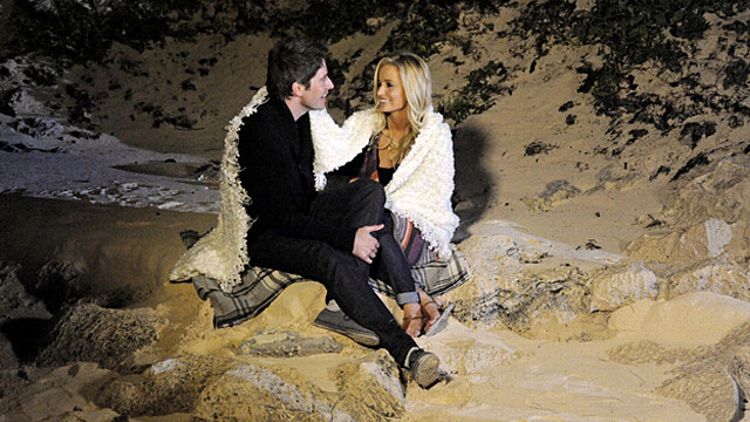 “My wish is pretty simple. It is that I won’t be single forever.” — Emily the Bachelorette

Oh Emily, that is both adorable and pathetic. It’s pathorable! But fear not, young lass — there are still a couple decent dudes left on this show vying for your hand in marriage. Like Alejandro, the Colombian master mushroom farmer. Yep, you read that right, there is a mushroom farmer on The Bachelorette. And he’s a G.

Alejandro (The Bachelorette, Lisanti), 20 points: You take one look at this dude that Emily doesn’t think is fit to be a dad (20 points) and you think he’s a tool. He has that Euro mullet, he’s mostly mute, and he’s, ya know, a mushroom farmer. Writing this column I was all set to make a couple psychedelic jokes, probably take a hacky/borderline-racist “he’s Colombian so he must have cocaine” jab, and then make fun of his hair. You know, the usual. But then I Googled him and found out that he is not only a mushroom farmer, he is also a compassionate, successful, caring, cancer’s-ass-kicking, superhuman entrepreneur. Check out this article. Turns out Alejandro the Mushroom Farmer was named one of Businessweek’s Top 25 Entrepreneurs Under 25, graduated summa cum laude from business school at Berkeley, beat Hodgkin’s Lymphoma, and, oh yeah, you know that mushroom farm he owns? It’s a super-green, community-focused program that grows gourmet mushrooms out of coffee grounds and produced 250,000 pounds of food in 2011. He even has a TED Talk. At first I hated this dude because I thought he was a tool; now I hate this dude because he reminds me what a tool I am.

So this week’s top five are the Top Five Borderline-Insane or Egotistical or Manipulative or Disrespectful or Misogynistic things that Ryan said this episode, listed from “maybe that was just taken out of context” to “maybe he can time travel and is an uneducated farmer from Alabama in 1837”:

5. “I feel like God has blessed me with a lot of ways. I am romantic, I am athletic and charming guy, you know, all those things. I am just evaluating Emily because I don’t want to fall in love with the wrong person. I am just doing my due diligence.”
This one is only egotistical.

4. “Emily … I like what I see in her. I feel like there is great potential. But to be honest with you, I feel like I am being called to something … bigger.“
Borderline insane and manipulative for this ditty.

2. “We are all here to spend time with Emily, but when this whole thing is done, when it doesn’t work out with Emily … I am involved with the media back home and I am going to say it: Let’s do Bachelor Ryan, Bachelor Augusta. You know what I mean?”
Oh, not bad! Egotistical? Check. Manipulative? Check.

Nate (The Bachelorette, Kang), 20 points: This bro pronounced quinoa “Ken-Oh-Ah” on the show this week. As if that wasn’t enough to punch his ticket home, he also went all emo when discussing his family (20 points):

Nate: “I am so lucky I have the best family in the world. My parents have been married for 30 years. My brother, he is like the most amazing guy I have ever met [choking up] … ”

Nate was clearly playing up his soft side and his commitment to his family as a means of exemplifying to Emily the Mom how committed he will be to her should she choose him.

Here is how Nate imagined Emily would react when asked about it in an interview:

“Wow, Nate is just the type of family-oriented guy that I need. The way that he wasn’t scared to show emotion really shows me what a man he is. I mean, tough guys are fun to date and everything, but criers are keepers.”

Here is how Emily actually reacted when asked about it in an interview:

“Nate cried about missing his family, which is so sweet, but at the same time I think Nate is real young.”

Nate is the second guy that Emily the Mom has sent home for crying. I would have no chance with Emily the Mom — I was semi-crying from curtain to credits during The Hunger Games.

Salley: “Kenya, you started your career a little later than most performers do. It’s admirable, but do you think it is realistic?”

Kenya: “Um, I do. I do. [Thinking.] You know, I don’t put a limit on ability or dreams, I think that if anybody has a dream about something you want to accomplish, no matter what age you are or what stage in life you are, I think you can do it. So no, I don’t think it is too late for me to live my dreams.”

It’s a bulletproof rebuttal. If you disagree with her, you’re saying people shouldn’t follow their dreams. She has constructed a pyramid scheme of self-defense, one you know in your heart is wrong and evil, but all the math checks out. Kenya is the Bernie Madoff of Basketball Wives.

Evelyn (Basketball Wives, Kang), 5 points: Evelyn the Future Mrs. Ochocinco cried (5 points) when they showed a montage of her various attacks this season, which included attempted assaults with a purse, a plate, a flower pot, a dinner table, and a wine bottle. Basketball Wives add facets to their game during the offseason just like the players they date. Rumor has it that Evelyn was spotted in the bathroom aisle of a Home Depot developing a soap-in-a-sock swinging smash move — like LeBron adding a post-up game, incorporating bathroom products was really the only weapon missing in her arsenal of household-item assaults, and now she will be unstoppable.

Doug (The Bachelorette, Connor) 10 points: Doug scored a respectable 10 points for a couple arguments, but also dropped this gem of a soundbite:

“I would really like to give Emily a kiss, but my grandfather always told me you never kiss a girl unless they tell you that they really want you to. I have not kissed a girl in … months. Months and months — it has been a long time, actually. I am different than the other guys here in that I move a little slow. I don’t ever make the first move, ever.”

Men of the world? Just like taking out the trash, killing bugs, and grilling burgers, making the first move is your job. Yes, it’s terrifying and awkward and it sucks, but that’s exactly why it’s your job. Doug, I am sure your gramps is a great fella and everything, but you shouldn’t take dating advice from someone who grew up wearing socks with suspenders.

Arie (The Bachelorette, Simmons), 5 points: Imagine a scenario where you went on a first date with someone, then saw them a week later and they said to you, “I missed you. Isn’t that weird how it was only, like, last week?” And then later, after a kiss (5 points), they said, “It is kind of crazy to think that only after hanging out for one day I feel this, ya know, this, sort of, like, pull to you, but I like it. [Gross baby voice.] I missed you.”

What would you do if someone said that to you? Change your phone number? Hire security? Move to a different city? Get facial reconstruction surgery? Kill them before they kill you? Just once I would love someone on this show to say, “Honestly, girl, I only hung out with you once on an awkward staged date in front of 12 crew guys. I barely know you.” Just once.

Chris (The Bachelorette, House), 5 points: Chris and Doug got into an argument about how ready Chris is to be a dad or he’s too young or … zzzzzzzzzzzzzzz. Later in the episode, Emily said, “To be honest, I hate watching guys compete.” WAIT, WHAT? You almost married a race car driver and you’re starring on a show where guys compete for your hand in marriage. Emily saying she hates when men compete is like a dolphin saying she hates swimming.

Sean (The Bachelorette, Connor), 5 points: Sean and Emily had one of those “We know that real kissing looks gross on TV so we are just going to hold our lips together for a while” kisses (5 points). Also, after falling into Bachelorette Internet quicksand for a while, I learned what the guys do with their spare time. They measure each other’s body parts. Finishing with a hacky dick joke just feels appropriate, doesn’t it?

Check back next Friday for the GRTFL Scorecard, and please let me know what shows you think I should add to the league in the comments. I’m off to grow some mushrooms.