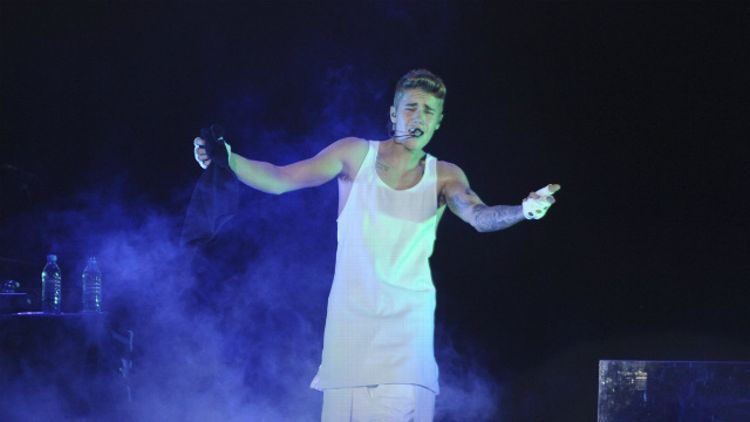 In 2008, at the height of the Britney Spears meltdown, Vanessa Grigoriadis went inside the tempest for Rolling Stone and emerged with a classic bit of celebrity reportage. The story starts at the Westfield Topanga mall, with Britney shrieking behind the dressing room door at a Betsey Johnson boutique as her black AmEx is denied: “Fuck these bitches!” There are mob scenes and ex-mujahideen paparazzi and bald-faced manipulations. At one point we meet “a good-looking Danish guy, Claus,” who drives a blue Porsche and wears a “FUCK REHAB” T-shirt. He’s a self-proclaimed Britney insider, and he’s angling for a $2 million payoff to get Grigoriadis access. She plays along: “‘Britney and I are really, really good friends,’ says Claus. ‘That’s my contract for her, for a million-dollar deal. But it’s all friends. We’re going on vacation together soon, on the jet to a supersecret location.'”

Fast-forward five years, and now we have The Hollywood Reporter going inside a different melee with the similarly embattled Justin Bieber. The alluring cover headline? “Justin Bieber Is Not Sorry.” THR says it’s his first in-depth interview in nine months, and has propped it up with pull quotes about all the celebrities concerned with Bieber’s well-being: Wahlberg has called! Drake texts constantly! Will Smith has a sit-down with Justin every week! There’s concrete information regarding the evil forces; Lil Twist, for one, has gone the way of King Kevi, apparently excised from the inner circle (it was good while it lasted, wasn’t it, Lil Twist?). And there’s Bieber being defensive: “I don’t give a fuck … Not ‘I don’t give a fuck’ to just be reckless and do whatever, but ‘I don’t give a fuck what they say’ … I know who I am and what I’m doing in my life and what I’ve accomplished and continue to accomplish as a performer, as a writer, as an artist, as a person, as a human being. I’m happy with the man I’m becoming.”

But if you’re looking for something truly salacious or revelatory, there’s not much to see here. If you’ve been paying attention to the TMZ logs, you already know every one of the indiscretions. So we get a roll call, and Scooter Braun offering preposterous mitigating circumstances: “Desecrating a photo of Bill Clinton as caught on tape during the mop-bucket fiasco? ‘The moment it came out, Justin called Bill Clinton to say, ‘I made a dumb mistake.'” Apparently, the video of the incident, during which Bieber also peed into the aforementioned bucket, landed the friend who sold it $40,000. THR mentions this as well: “[Bieber would] likely be the first to admit that he’s walled himself off to the world after being burned one too many times by hangers-on who sell him out for a quick buck.”

All kinds of credit to Bieber and Braun here for not just continuing to pretend like nothing’s going on. Apparently, the upcoming Bieber documentary Believe, a follow-up to the super-smash Never Say Never, was reworked “when they realized that a similarly styled sequel only could come across as saccharine. Instead, they chose to embrace some (though not all) of the controversy in the superstar’s evolution.” All kinds of credit to Braun for admitting he just can’t control Bieber the way he used to: “When I try to do that now, he’s resentful, he pushes away and rebels … What I’ve come to learn is: Be there, give the best advice you can, but he has to be allowed to make his own decisions — and his own mistakes.” All kinds of credit for accepting he’s a young man with a lot of money and age-appropriate crappy decision-making abilities, and all kinds of credit for letting him go off the rails a bit instead of attempting some latter-day Manchurian Candidate–ing.

But let’s be honest. This is all part of a strategy by Braun. They’ve been releasing new Bieber songs, one a week, in the buildup to Believe. It’s called #MusicMondays, and despite respectable iTunes sales numbers, it’s been kind of a dud. This interview is just another attempt to stir the pot, and it mirrors #MusicMondays in its tepidness. The release strategy is called “innovative,” as if Kanye’s GOOD Fridays didn’t happen a good three years ago. Meanwhile, this is being framed as some kind of soul-baring tell-all. But instead we get the same ol’ “everything’s blown out of proportion, Bieber’s still going to be Michael Jackson, he didn’t even know it was a brothel!” talk. The truest moment is this: “Although he has sold 10.5 million albums … a truly massive radio single has eluded Bieber.” Forget mop-bucket urination. If I’m Braun, that’s what still keeps me up at night.

In her Rolling Stone piece, Grigoriadis never ends up speaking to Spears, providing us instead with the toxic view from the hanger-ons and money-grubbers. But here, ultimately, we have just semi-effective damage control, directly from the golden boy and his Svengali. But I wonder what Lil Twist would have to say.