Going Back to the Basement for the Wayne’s World Reunion 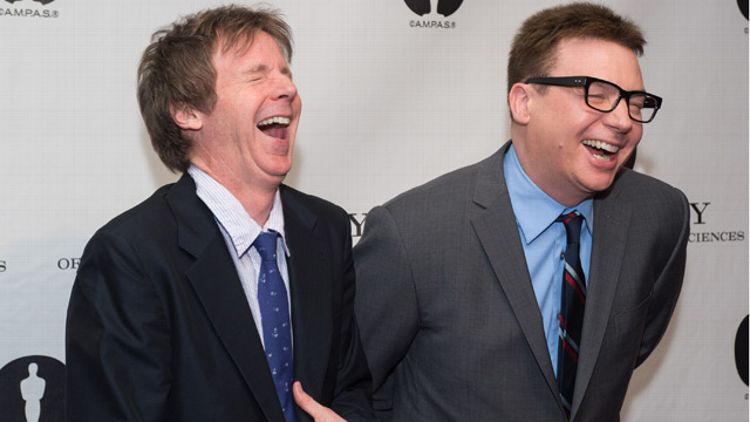 Last night the Academy of Motion Picture Arts and Sciences, better known as the people who give out the Oscars, hosted a cast reunion and screening of Wayne’s World. The official reason was to commemorate the movie’s 21st anniversary, which means that it’s now legally allowed to party. The subtext of the event, however, was that there isn’t any more resentment between the key players of this comedy classic.

Your (intermittently) excellent host was Hawk Koch, the president of the Academy, as well as a producer of films including Heaven Can Wait, The Pope of Greenwich Village and, yes, Wayne’s World. Koch started the evening with some zings about schwings and mentioned that the last film he worked on that got a special anniversary screening at the Academy was Chinatown, which was nominated for nine Oscars in 1974. He then noted that Wayne’s World wasn’t nominated for any Oscars, but that it did earn $122 million at the box office in 1992. To underscore the point of what really matters in Hollywood, he added, “Chinatown didn’t come close to that.”

After Koch introduced some of the crew and cast members in the audience (including Brian Doyle-Murray, Lara Flynn Boyle, Tia Carrere, one of the hair stylists, and the Foley artist), he brought out the headliners. Besuited stars Mike Myers and Dana Carvey were joined onstage by producer Lorne Michaels, director Penelope Spheeris, and a casually dressed Rob Lowe, who plays the film’s villain, Benjamin Kane. (It should be said that even among the big-haired blonde extras and a rhinestone-bikinied Carrere, Lowe is the biggest babe in Wayne’s World, even when sporting baggy double-breasted suits.) Koch then hustled the five through the story of Wayne’s World’s progression from the last sketch of the night on Saturday Night Live to a “filler movie” released on Valentine’s Day that became a national phenomenon.

By some accounts, if Myers were an ice cream flavor, he’d be pralines and dick. He reportedly fought with Spheeris during the making of the first movie and stopped her from directing the sequel. He and Carvey are said to have never really been friends and often competed about who was getting the most attention. But on this night he was in a magnanimous mood. He said Spheeris “definitely made [the movie] better than it was written, which is always what you hope for. And [she] created such a great atmosphere.” Spheeris in turn talked about how Myers kept the crew entertained with impressions as they waited for the next scenes to be set up. “He just didn’t know he didn’t have to do that,” said Michaels. After Myers and Carvey mocked Lowe because he didn’t eat lunch during filming and started riffing on Canadian physiques, Carvey quipped, “We’re starting to get shticky now.”

Toward the end of the 45-minute discussion, Myers got melancholy as he reflected on the film’s success. “It was a weird time for me, too, because my dad had just died,” he said. “My dad was dying during the making of it and then he died. The call would either be horrible news or the best news in the world. To be honest with you, I don’t remember that year at all. I remember finishing the film and then I remember my dad dying, and then I remember just Dana and I being strapped to the front of a rocket and me putting on 25 pounds.”

Bonus: Top 10 “I Was Not Aware of That” Wayne’s World Factoids & Anecdotes