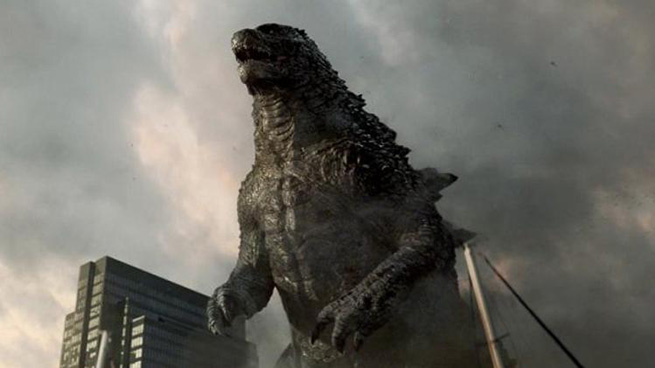 Godzilla is a franchise that will outlive us all, plus it won the box office really hard this weekend. You and your grandmother both know this spells s-e-q-u-e-l. “[Gareth] Edwards has talked about what he would do with a sequel,” Deadline writes, “saying he would use the same kind of restraint that he did for this one.” Only two small question marks remain: Whether Edwards will indeed sign on/get the offer, and which summer weekend in 2016 or 2017 Godzilla will claim as his very own.

The Maya Rudolph Show airs tonight, so NBC’s released three clips. Fred Armisen and Andy Samberg are in all of them.
https://www.youtube.com/watch?v=HlS4-R_k1kU

Gordon Willis, cinematographer behind the Godfather trilogy and Annie Hall, has died at 82.

This is succinct enough for me: “Macklemore Wore a Dumb Costume and Offended a Lot of People.”

The Internest has been blessed with an awesome teaser for Ryan Gosling’s directorial debut, now titled Lost River, not How to Catch a Monster.

On a very different end of the actor-director spectrum: Zach Braff’s Wish I Was Here has a new trailer. From now on, every frame of every Braff film will feature the Shins singing in the back- or foreground.

AMC’s Halt and Catch Fire, a new series about 1980s computer people, is streaming on Tumblr two weeks before its television premiere. [via]

Because Rosemary’s Baby wasn’t enough, former Walking Dead showrunner Glen Mazzarra is writing a sequel to The Omen for Lifetime. It’ll feature Damien as an adult, reckoning with his Antichrist status.

There are Bob’s Burgers comic books coming in August.

You still look hungry. Here, have some more Leftovers.
https://www.youtube.com/watch?v=znkM3xyKCvw

The Coens are writing a musical comedy, and their next movie is Hail Caesar, about 1950s Hollywood fixer Eddie Mannix.

Game of Thrones reached a new series high viewership … for the fourth time this season.

And here is a super-Seinfeld-y subway.