Get Your ‘Say Hi to Your Decepticon for Me’ Jokes Ready: Mark Wahlberg Now Officially Doing Trans4mers 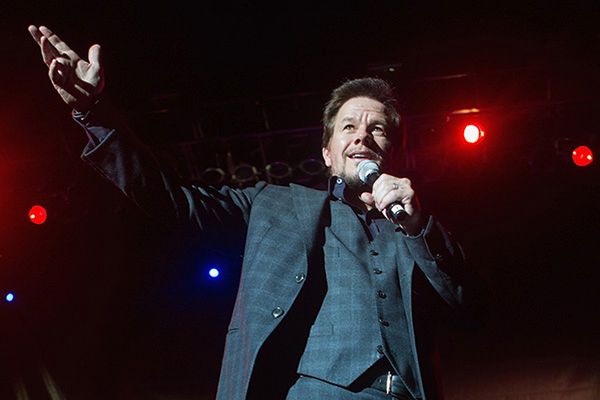 First it was a denied Internet rumor. Then it was a non-denied Internet rumor that got Michael Bay to thinkin’. Now it’s totally confirmed. Reteaming after weightlifting comedy Pain and Gain, Michael Bay has cast Wahlberg in the next iteration of the surely deathless franchise. Yep: Marky Mark, stepping into the ratty, disgusting old sneakers of Shia LaBeouf, is doing Trans4mers. Ugh.

Bay says: “Mark is awesome. We had a blast working on Pain and Gain and I’m so fired up to be back working with him. An actor of his caliber is the perfect guy to re-invigorate the franchise and carry on the Transformers’ legacy.”

Now the question is, who cares? Will this convince anyone that hasn’t yet seen a Transformers movie to check one out? Will this convince anyone who has seen one and was so emotionally traumatized by the deafening onslaught of nonsense to give the franchise another chance? Mark Wahlberg is not a great actor, no — but he can be great, when he picks his spots. But all Trans4mers will do is pad his stats: Now he gets to tack on another billion dollars or so to his box office gross total. But no one cares about that! If we did, Jar Jar Binks would be one of our most respected actors.

OK, this is weirdly bumming me out. Let’s just watch some Dignam footage and get out of here.

Video on Demand Report: Lizzy Caplan and Alison Brie in Save the Date, Steve Austin and Steven Seagal in Maximum Conviction