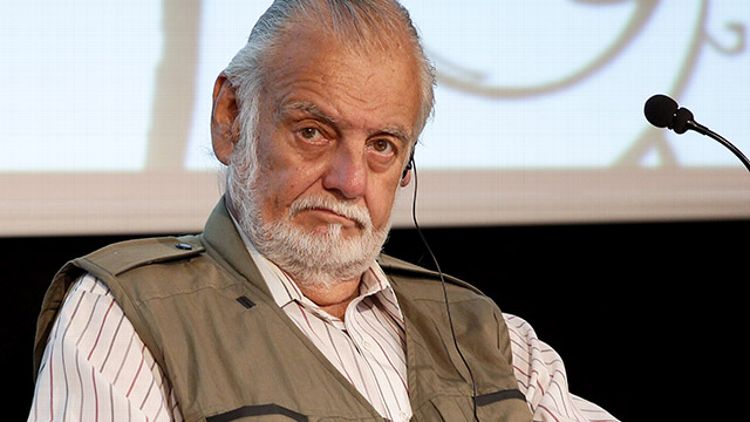 The 73-year-old writer/director who once gave us Night of the Living Dead and Dawn of the Dead (but has since burdened us with Diary of the Dead and Survival of the Dead) doesn’t want to hang with America’s biggest modern zombie enterprise. “They asked me to do a couple of episodes of The Walking Dead but I didn’t want to be a part of it,” George A. Romero tells The Big Issue. “Basically it’s just a soap opera with a zombie occasionally. I always used the zombie as a character for satire or a political criticism and I find that missing in what’s happening now.” Tough to fault Romero here — yes, Dead is the most-watched thing since the sky; no, it’s not especially good or particularly different from a cyclical daytime soap. (Also, my god, can anyone really spend almost 50 years doing zombie stuff almost exclusively? No justification needed if you just felt like sitting this one out, George, really. Call up Reese Witherspoon, make a rom-com.)

World War Z’s cinematic existence also opened an opportunity to reexamine the wearisome topic of whether zombies should run or lurch. (When will we give zombies the right to move at multiple speeds?) “I guess Zack Snyder started that with the remake of Dawn of the Dead — fast-moving zombies — but the zombies in World War Z, my god, they’re like army ants! But in all the adverts here they never called it a zombie film,” Romero says, reminding him of himself, since he didn’t dub his creatures “zombies” back in 1968, either. “No, never did. I never thought they were zombies. To me back then, zombies were those voodoo guys who were given some sort of blowfish cocktail and became slaves. And they weren’t dead so I thought I was doing a brand-new thing by raising the dead. Not that the dead haven’t been risen before … It goes back to Jesus, doesn’t it?”

Whoa, buddy! Didn’t see that coming! But while we’re here, why not bring it full circle? Listen: There’s a Walking Dead spin-off coming, and it’s all yours, George. Get in on the ground floor, keep the zombies slow and political, and get Zombie Jesus in there. Prominently. (Unless you’ve already got Reese on the phone.)