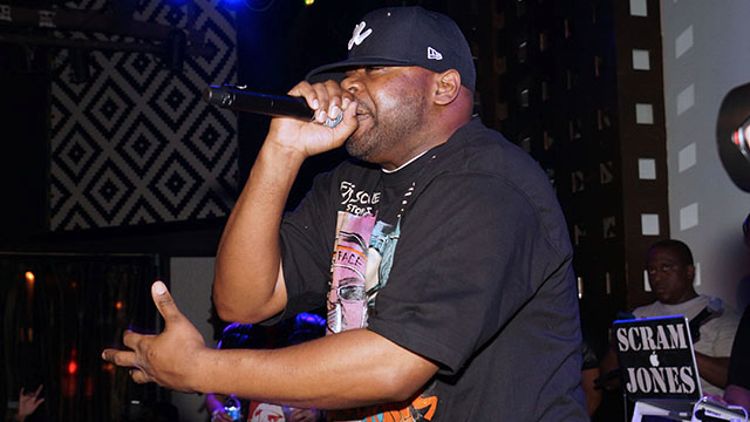 Quite a few reasons to love Ghostface on display right here. There’s him being down to get on a track with a couple of new-school laptop pop weirdos in the first place. There’s Flume’s loopy swirl and Autre Ne Veut’s glass-shattering falsetto in no way inhibiting him from going — if you’ll pardon my speaking colloquially here — hard as fuck. And above all, there is the fact that it is 2013 and THIS MAN IS STILL BRAGGING ABOUT HIS WALLABIES.

Dev Hynes has spent the past few years lending out his songwriting talents to buddies like Solange and Sky Ferreira, but now he’s returning as a solo artist. In a couple weeks, under his Blood Orange stage name, he’ll drop Cupid Deluxe, his first album in two years; from the taste above, we can go ahead and assume it’ll be a goddamn funky delight. Plus, if nothing else, at least Dev has already succeeded, with this here video, in reminding us that Michael Jackson was once so powerful he Jedi mind-tricked America into thinking white socks were cool.

On the very, very off chance that the world suffers a cataclysmic event and must rebuild society from scratch with a power generator that operates solely on the heat generated by scratchy throwback NEW YORK FUCKING CITY hip-hop, it’s good to know we have Sean P. around providing endless dirty piles of the stuff.

Empress Of, “Realize You”

Empress Of is the nom de guerre of Lorely Rodriguez, a fledgling Brooklyn indie-pop siren with pipes, heart, and balls. And also, from the sound of of “Realize You,” a cruuuush on sooooomeone.

Young Santana, who is Chief Keef’s cousin and a member in good standing of the G.B.E. crew (you saw him, and his neck tats, in the “I Don’t Like” video), certainly pulled a crafty coup by getting a Kendrick guest spot: K-Dot’s aura is strong enough right now to catapult an up-and-coming scrapper a couple notches with just one verse. That said: I would have loved to have been in the room when Fredo realized that, yes, Kendrick really was going punch up his rhymes with a bit of performative, smacking chewing noises.

Ahh! This that “rent a skiff, sail out to the middle of an icy lake in the middle of the night, dump a body in the water” shit! Whoo!!!

This young lady has been around for a minute now, popping up in the post–Chief Keef obsession with Chicago’s drill scene, so it might feel a bit late say this, but, look, I need to point it out: Sasha Go Hard is one of the best rap names of all time! Of all time!

Cartoon Bronson as Nick Nolte as Bob Knight?! Jesus. I’m not messing around. Whoever made this cover art should win the goddamn Nobel Peace Prize.

When Steven Hyden interviewed Bill Callahan, he caught him shooting the very video you see above. Said Callahan in the piece: “I always want [my music videos] to be really great, but it’s kind of hard to do one without very much money and I usually have to collaborate with someone because I don’t know how to work the cameras and stuff, so there’s also a large element of compromise, which I’m not used to … Because usually when I make my records, I’m the boss. It’s like a fantasy of mine to make one good video, so I think this one’s going to be good, because I have a good film person who is into my concepts and my ideas and everything.” It turned out good, Bill. Turned out real good.