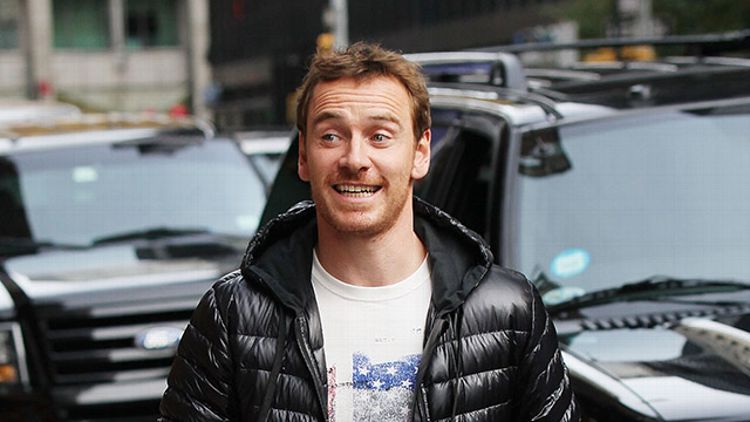 Being a genitally gifted, A-list Hollywood actor isn’t always all it’s cracked up to be. Once the well-guarded secrets of your manhood are revealed — whether through the artistic bravery of on-camera exposure or the catty insinuations of a wardrobe stylist frustrated by the challenges of keeping an inseam-boggling talent properly swaddled — there’s often a painful and awkward transition involved as your privates become “publics.” Your life can change virtually overnight; the paparazzi begin to hound you in search of lucrative bulge-slip pics, every meeting with a director suddenly becomes fraught with the unbearable tension of when the “Can I get a peek? ” question will drop, every casual handshake ends in downward-darting eyes as subtle as being handed a salami with a phone number carved in it. There quickly comes a moment when the snake puns grate rather than delight, the pressure too much to bear. And it’s at this moment that the frustration bubbles over and the actor, in a moment of weakness, takes the junk-bait and complains to the media about his plight. “Stop talking about my enormous penis!” he bellows into an outstretched recording device before he can think better of it. “My penis is my business!”

The response is always swift and merciless, and free of consideration of the validity of the beef: “Boo-hoo, handsome millionaire with an enormous penis! Your life is misery! Go cry into the giant indentation on the crotch area of your body pillow!”

It happened, as we all remember, to Jon Hamm.

And now it has happened to Michael Fassbender, a trailblazer in the full-frontal space. The complaint about the untoward attention now regularly directed toward his genital area: “It wouldn’t be acceptable, it would be seen as sexual harassment, people saying [to an actress], ‘Your vagina …’ You know?”

Oh boy. Here we go again. But rather than reach out to the 12 Years a Slave and The Counselor star to ask for a clarification, we decided to go right to the source of the issue. We phoned old friend Michael Fassbender’s penis for its take on the issue.

You know what this is about.

Yeah, I do. I’ve been sitting here waiting for it. His mobile’s ringing off the hook, but you’re the first to call me.

Does Michael really think people talking about you is tantamount to sexual harassment?

I can tell you this: We went out to see Blue Is the Warmest Color and he fell dead asleep. He’s exhausted. And I can promise you he’s unaware of the conversations around it. People are literally taking about vaginas. Prosthetic ones! It’s absurd. So this just would have been a crazy thing to say if he had any awareness of the issue. Frankly, even in a void, it’s unfortunate.

But again, it’s possible he was taken out of context. I don’t know. I’m not always paying attention to every interview he does. I’ve got my own career to think about.

If you had to guess, what do you think his response to any criticism is going to be?

Like I said, you’d have to ask him. But I think he’s not going to respond. The first rule of Girth Club is “Don’t talk about Girth Club.” It’s also the second rule. He takes that very seriously. What happens in that basement is not for others to know about. Things get very raw. You never hear Elijah Wood chirping about it. [Pauses.] Oh. Uh, sorry, Woodsie. You’re a hero.

OK. Fair enough. So how do you feel about being talked about constantly?

I’d hardly call it constant. I’ve fired three publicists since Prometheus. If anything, I’ve been out of the spotlight for too long. It’s all been about Hamm’s penis this year. That’s a shadow you don’t want to be in. We’re friendly, don’t get me wrong, he’s a great penis, but there’s certainly a rivalry. This is a small town. Your name comes up for all the same parts.

Maybe things will pick up a bit now. Two movies in theaters, you’d think I’d be out there more. But up until this, nothing. My scenes were all snipped out. Every one of them. The only thing in The Counselor anyone wants to talk about is Cameron and the windshield of that Corvette. Let me tell you, when my team saw the rough cut, there were some very angry calls to Ridley. We were promised more. But at the end of the day, that’s just how this business works. It will humble you. You can’t get coc — [Laughs.] Nope, not doing it.

Recently Michael also remarked that he has no interest in an Oscar campaign this year. Is that disappointing to you at all?

It’s a relief, honestly. We’ve been through that wringer. It’s dehumanizing. The campaigning and the glad-handing and the politics are exhausting. You get hauled around for months and put on display, and for what? A little gold eunuch who hides his shame behind a sword? It’s borderline offensive.

At the end of the day, you’re an artist. That’s what matters. Not who you allow to jiggle you a little bit underneath a cocktail tray after an Academy screening. You feel dirty. Used. And don’t let anyone tell you different: That’s what it takes to win. Daniel Day-Lewis doesn’t have those awards by accident. Nobody wants to talk about that. A tremendous talent, sure, but they play the game. I promise you that.

Thanks for your time. I’ll let you get back to your day.

Oh, do anything fun for Halloween?

We stayed in, actually. A rare quiet night. I’m not allowed to answer the door for trick-or-treaters. That’s a mistake you only make once.

Video on Demand Report: A Buddy-Cop Bra-mance in The Heat