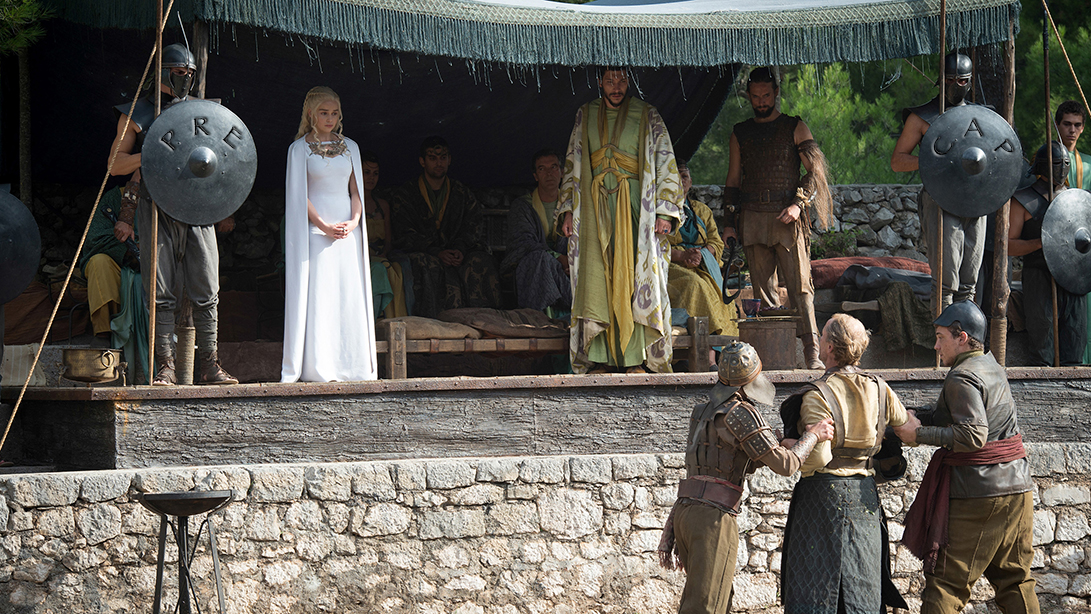 The Maester List: How to Become a Certified Maester in Just 5,076 Breezy Pages

Lots of people have been asking, “Is all the history from your columns really in the books?”

Yes! If I had to make all of this stuff up, the column would take about 14 years to write. Here’s what you need to be a Song of Ice and Fire history completist:

Mallory “Mother of Dragons” Rubin: Samwell Tarly came into our lives as a self-proclaimed craven. Five seasons in, he’s a certified baller, having slayed, saved, and sexytimed his way to leading-man status. But which of his brave acts pumped up his street cred the most? Glad you asked.

1. Killing a White Walker: The lowly criminals who swell the Night’s Watch ranks have earned their reputations as brigands and fools, but they reinforce their ignorance every time they mockingly call our favorite steward “Sam the Slayer.” Well, this Superfan Crazyperson has two notes for those jerks: (1) “Sam the Slayer” is a dope-as-hell nickname, and attempting to ironically dish it as an insult doesn’t make it any less amazing, and (2) while you were soiling your underthings in terror, murdering your Lord Commander, or drinking out of hollowed skulls, SAM KILLED A WHITE WALKER! WITH AN OBSIDIAN DAGGER! A DAGGER THAT HE FOUND WHILE DIGGING FOR POOP TO BURN AS FUEL! You should be puffing his pillows, stoking his fire, and begging him for tutorials, not belittling his marvelous achievement. Jealousy and poor awareness are pretty unattractive qualities, fellas.

2. Rescuing Gilly: Sam spirited Gilly away from Craster’s Keep when things got out of hand — a damn high bar to clear at a place where the standard M.O. was “creepy old dude marries own daughters and sacrifices sons to ice men.” Finding the courage to save himself as the mutiny unfolded had to be hard enough; taking a wildling woman and her infant son back south with him required a level of fortitude that only the truest knights possess. And on Sunday night, Sam saved Gilly again, this time from two of his own sworn brothers, who were threatening sexual assault. Sam didn’t just risk a beating; he took one and would have kept taking one, even from the men to whom he’s honor-bound, because he knows right from wrong. And he knows his own heart.

3. Making sweet, sweet love to Gilly: Admittedly, the showrunners put a real damper on Sam’s deflowering by preceding it with Gilly’s near-assault, continuing Thrones’s alarming trend of using rape as a creative crutch. But let’s try not to allow that very poor creative choice to detract from this massive moment in Sam the Slayer’s life: Vows be damned, the heart wants what it wants, and Sam’s wanted Gilly to wash his wounds, soothe his sorrows, and sheath his sword in the darkness. It wasn’t so long ago that Sam lost the ability for intelligible speech while asking Jon to describe Ros’s breasts; now he’s a man grown in every sense, and he didn’t have to patronize Mole’s Town to make that happen.

4. Nominating Jon for Lord Commander: Sam didn’t leave Horn Hill because he was a criminal, or a bastard, or a sword-swinger desperate for danger and glory. He left because his father followed years of bullying and mockery with an ultimatum: Take the black, or suffer a mysterious accident while out on a hunt. (Does anyone else think Cersei and Randyll Tarly would be besties?) Sam 1.0 gave up his claim to lands and titles because he was afraid to speak truth to power; Sam 2.0 pulled back the curtain at the Castle Black Elementary School polling station and demanded that each voter consider casting a medallion for Jon instead of the two established candidates. Pure survival instinct drove Sam to slay the White Walker; true courage allowed him to campaign for progress.

5. Killing a Thenn: Sticking a magical knife into a magical creature when you’re not really sure what’s going to happen is one thing; cranking up a crossbow and shooting an arrow into a charging Thenn’s head when imminent death is certain is quite another:

Sam the Slayer’s bona fides are no longer in doubt. He’s a seasoned warrior and a true brother of the Night’s Watch. He is the watcher on the Wall, and he’s doing a hell of a lot more than most of these dickwads to guard the realms of men.

Honorable mention: Getting Jon to return to Castle Black in Season 1; helping Bran & Co. get north of the Wall; and earning Ghost’s trust. Direwolves aren’t easy to impress, people!

You’ve seen the sword. Now look upon the scabbard: 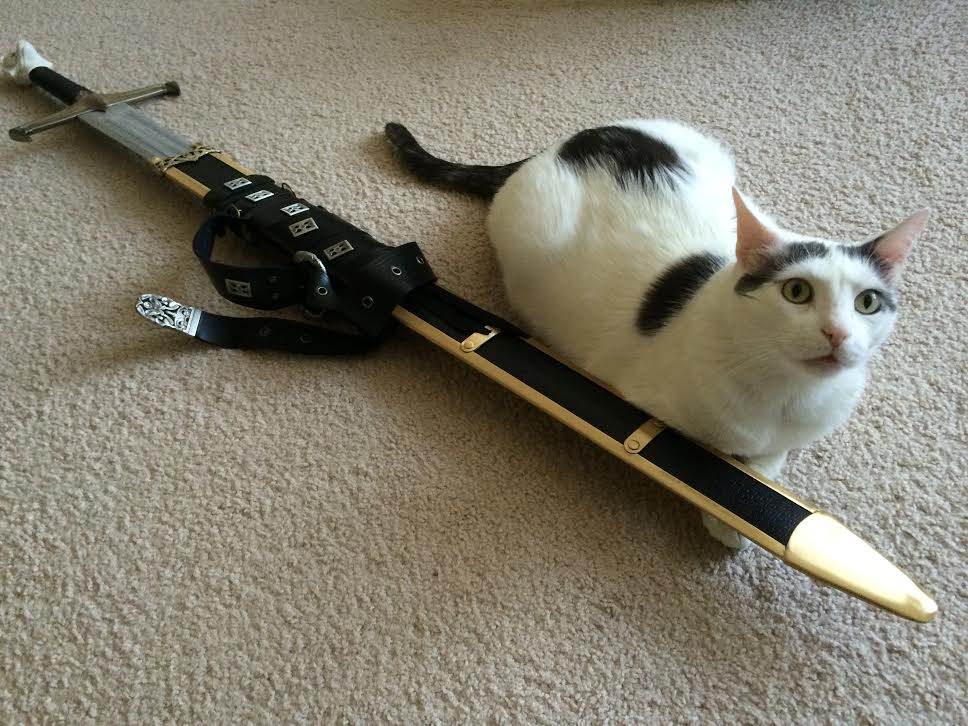 Faces of the Queen Regent: Cersei vs. the Power-Mad Sparrow

The “Just Thought I’d Drop In to See My Old Friend the High Septon. What Up, Big Sept?” 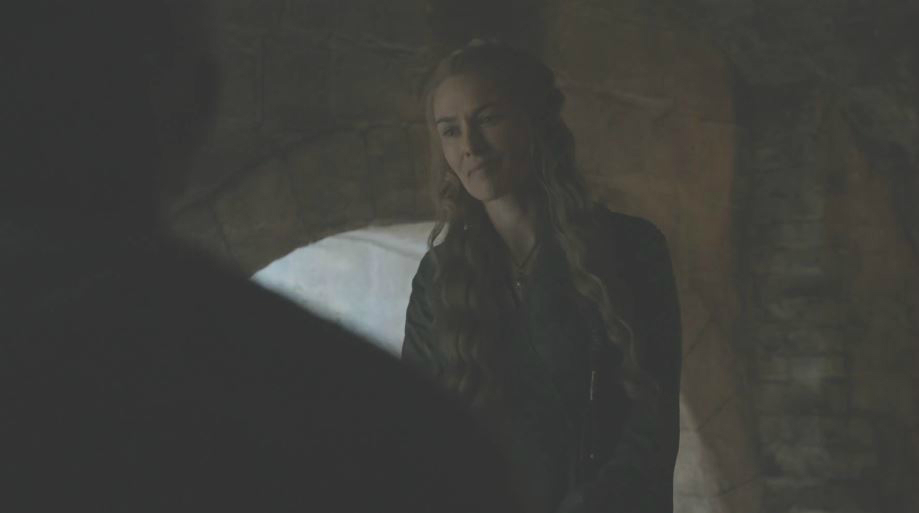 The “We Need to Talk About Some Things” 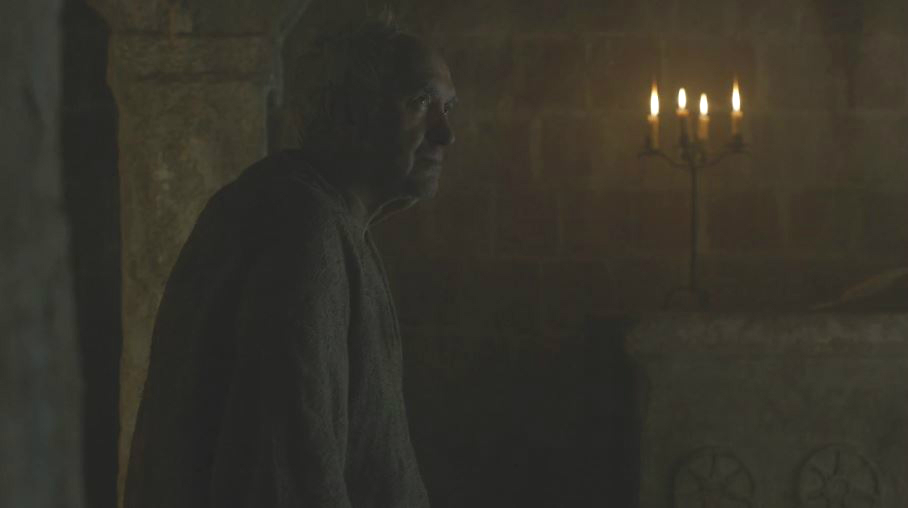 The “What Kinds of Things? Like About How Much We’re Both Enjoying This Seemingly Tenuous Alliance?” 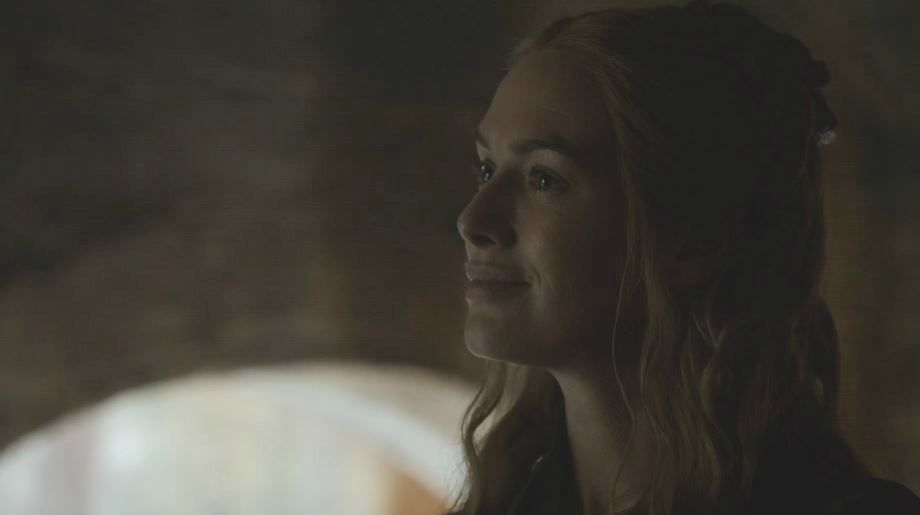 The “Say Hello to My Little Friend, the Incesty Sparrow” 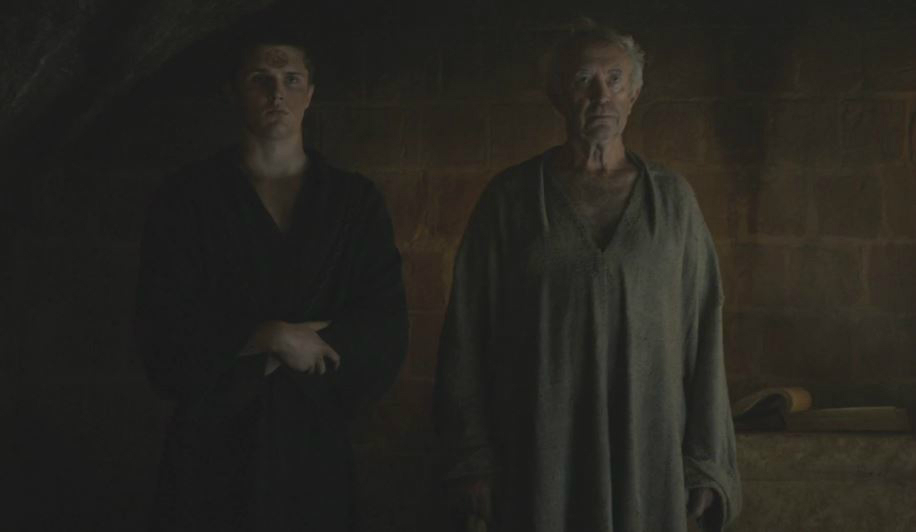 The “Cool Talk. I Think I’ll Be Going Now” 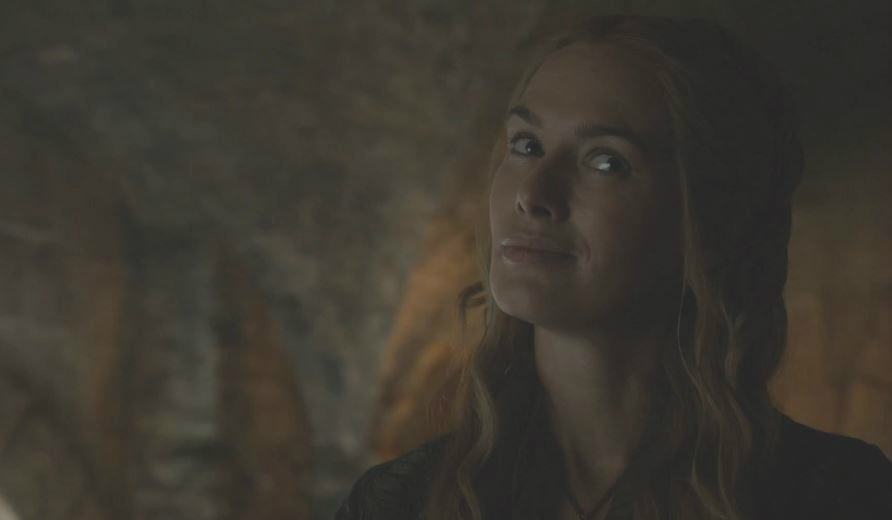 The “Why Don’t You Hang Around a Minute?” 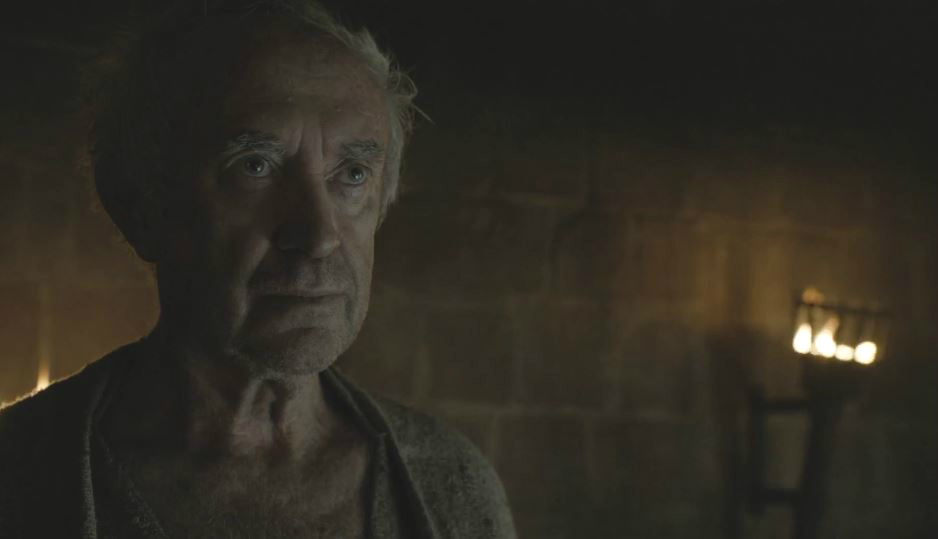 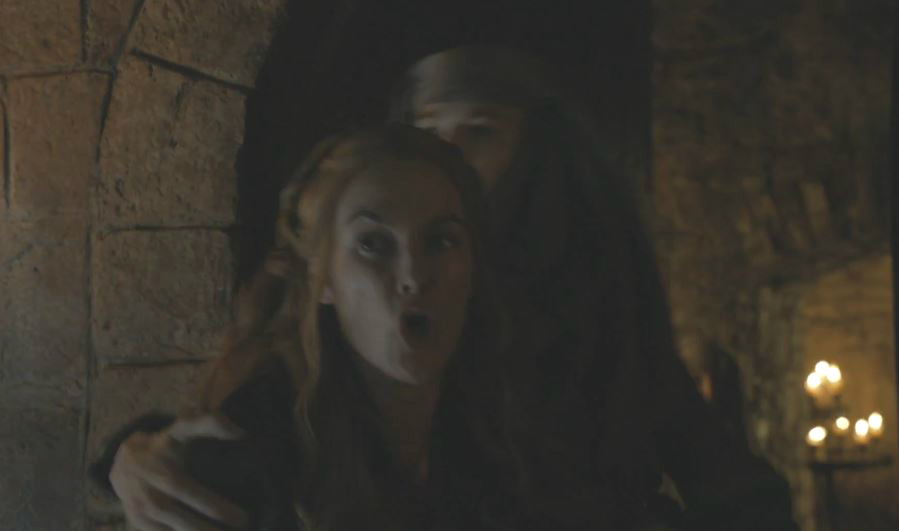 The “The Last Thing You See Will Be This Face. This Sunken-Cheeked, Slowly-Eating-Itself Face, Because the Food in This Dump Is Shit” 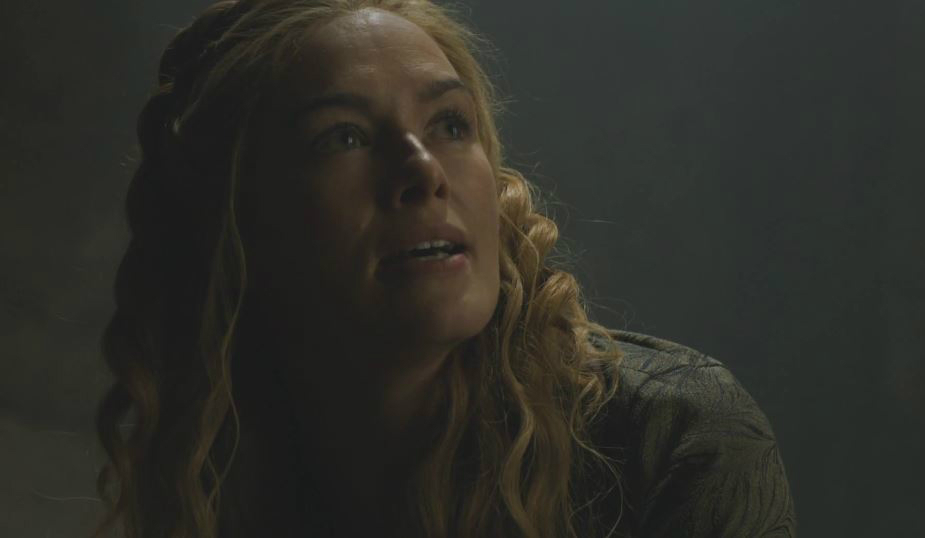 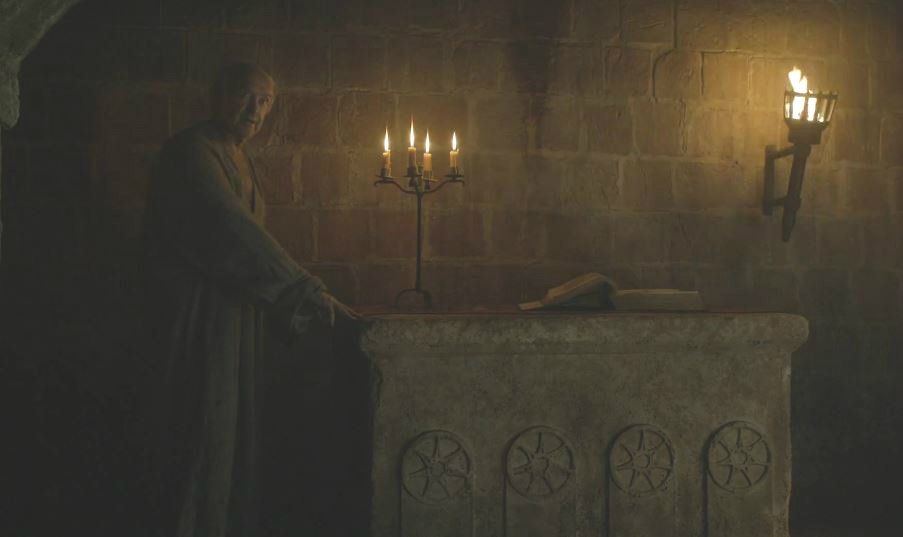 Intermission: You Drum or You Die

What to Do in Winterfell While Waiting to Save Sansa

Ben Lindbergh: The bad news: Because of an oath you swore to someone who’s no longer alive, you’re stuck on surveillance duty for the foreseeable future, killing time until an unappreciative heiress asks for your help. The good news: You’re in picturesque Winterfell! Thanks to a change in management, the place isn’t what it once was, but it’s still the capital of the North, the former (and, depending on whether you save Sansa, future) seat of House Stark, and the site of thousands of years of Westerosi history. As Lord Selwyn always says, there’s no such thing as boredom, only boring people, so here’s a quick guide to staying busy and seeing the sights.

Unfreeze Your Fingers in the Glass Garden: It’s harder to find a warm spot in Winterfell than it is for the defense to call a character witness in Cersei’s trial, so you’ll want to take every opportunity to sneak into the glass garden, Winterfell’s hothouse. The glass may have been destroyed during a recent hostile takeover, but the hot springs are still there, and you’re not one to pass up a soak and a scrub.

Go on a Crypt Crawl: Hiding in Winterfell’s crypt is a time-honored tactic, successfully employed by fugitives from Bael the Bard to Bran and Rickon. While you’re there, you’ll have plenty of time to reflect on your failure to safeguard Lady Stark, and you won’t have to worry about anyone disturbing your solitude. Which might just make it the perfect place to …

Pass the Time With Pod: You’ve already stripped off your armor and opened up about your most traumatic moment, so why not open your heart? Sex with one’s squire seems a little incestuous, but (1) this is Westeros, so that’s kind of OK, and (2) Pod’s penis comes with great references. After all that dirty talk about training with a sword twice a day and teaching him to ride properly, you’d only be keeping an implicit promise, and you can’t carry Oathkeeper if your word is worth nothing. 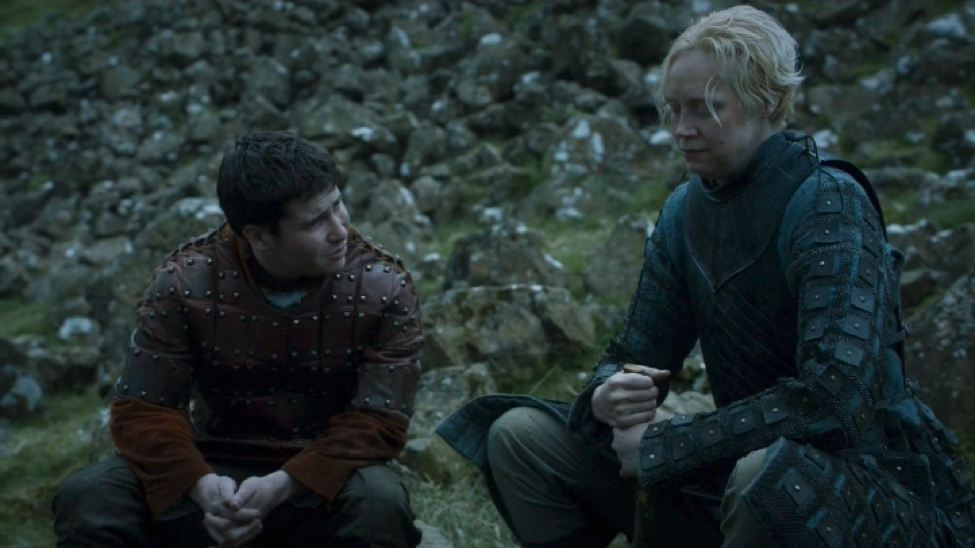 See the Boltons’ Bodies Exhibition: A flayed man (or woman!) has no secrets, so there’s no better time than today to stop by the courtyard and familiarize yourself with the miracles of human anatomy. On the other hand, tomorrow might be better, depending on how many people are currently making Ramsay mad. Really, there’s no harm in waiting until the lines are less long. Winter is coming, so it’s not like the bodies are going to go bad. 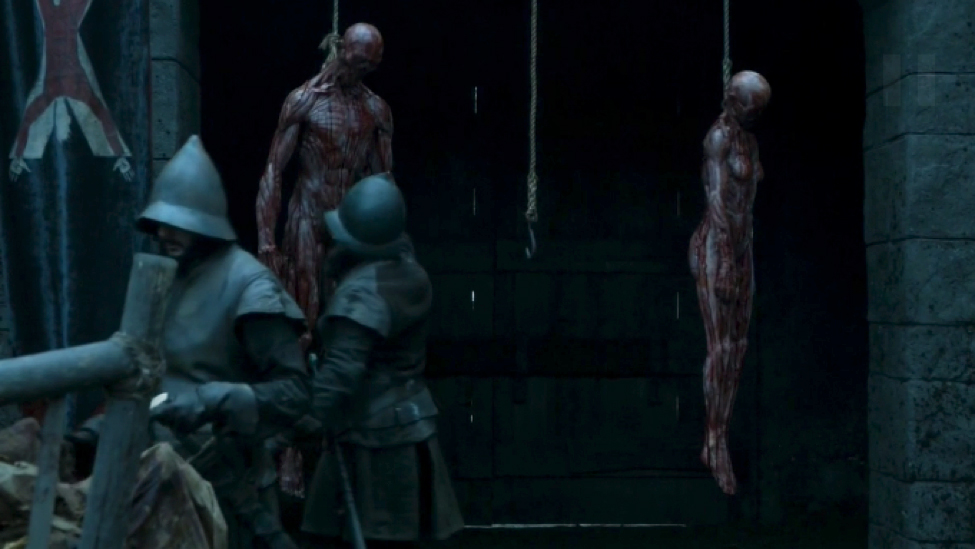 Staring Solemnly at the Broken Tower: Whatever you do, you can’t let the wonders of Winterfell distract you from why you’re here: to rescue the heiress you were supposed to protect from the clutches of a sadistic, murderous rapist. The best way to do that is to gaze for hours on end at the window where Sansa would send you a signal, assuming she wasn’t kept captive in her room, which would kind of put a crimp in the plan. Fortunately, you’ll have plenty of food for thought while you watch what was once the tallest tower in town, like, “This tower must have been bigger before it was broken,” and, “Wait, was that a … no, never mind. I thought I saw something that looked like a candle.”

John Lopez: This season has offered plenty of Machiavellian power plays, finely lit nudity, and serious dragon-on-human-sacrifice action. But so far it’s provided arid soil for the simple joys of ’shipping. Ever since Ygritte left the stage with a literal arrow through the heart, the romances have lacked that special red-headed heat. (Even Melisandre got shot down this season!) But last episode hinted at enough promising hookups to keep fan fiction busy for an eternity. Who are the new Roose and Raechel of Westeros? Let’s break it down:

Dany and Ser Jorah: Poor Jorah. We’ve all seen the puppy love smoldering in his eyes since Season 1. Dany had him at “Khaleesi.” And for a while, with Drogo wandering the plains of eternity, it seemed he had a shot. Then a cheap sellsword Fabio came along. Jorah may have been banished from Meereen for his betrayals, but he’d been banished from Dany’s heart long ago by Daario’s perfect hair. But Jorah didn’t give up! He kidnapped Tyrion, beat back the stone men, and went berserker-Maximus in the gladiator ring, dropping the prized bone (Tyrion) at his mistress’s feet. Unfortunately, while Jorah may have the moxie of an abandoned collie who crosses the country to reunite with his owners, Dany was decidedly unimpressed. It was only Tyrion’s golden tongue that kept her attention.

Cersei and the High Sparrow: Let’s get something straight: These two are made for each other. Ruthless machinations, single-minded pursuit of their ends no matter the costs, and two shit-eating smirks for the ages. And if the Faith of the Seven is anything like the Catholic Church, Cersei’s massive pinot intake shouldn’t be a problem. Once they’ve finished purifying the faith, I’m sure all of those Sparrows would be great tending the vineyards. Unfortunately, that whole incest thing threw a serious wrench into the equation. The High Sparrow is a man of unyielding principle: Yes, Cersei could bend it to your petty ends, but he will not break. Sure, maybe with enough time in solitary confinement Cersei’s heart might turn, but the High Sparrow’s too busy playing amateur archaeologist with that altar to notice.

Bronn and Tyene, a.k.a. Sexy Snake: While her sister Sand Snakes Sporty and Snarky were content to fume behind bars, Tyene made good use of her downtime with some lethal strip-flirting, managing to grab the eye of Westeros’s most cynical bachelor. And all it took was the threat of death — paired with a skillful display of skin — to break down that bad boy. Now, you may think the lure of knighthood and that pesky reward-marriage he betrayed Tyrion for would have Bronn locked down. But think again. You know Thrones’s top minstrel-swordsman would never be happy roaming any one castle for too long — no matter how much real estate’s attached. A woman whose eyes purr “Hey there, sexy, I might murder you in your sleep, but it’ll be worth it” is just what he needs. Yes, these two are my pick for Westeros’s Roose and Raechel of the season.