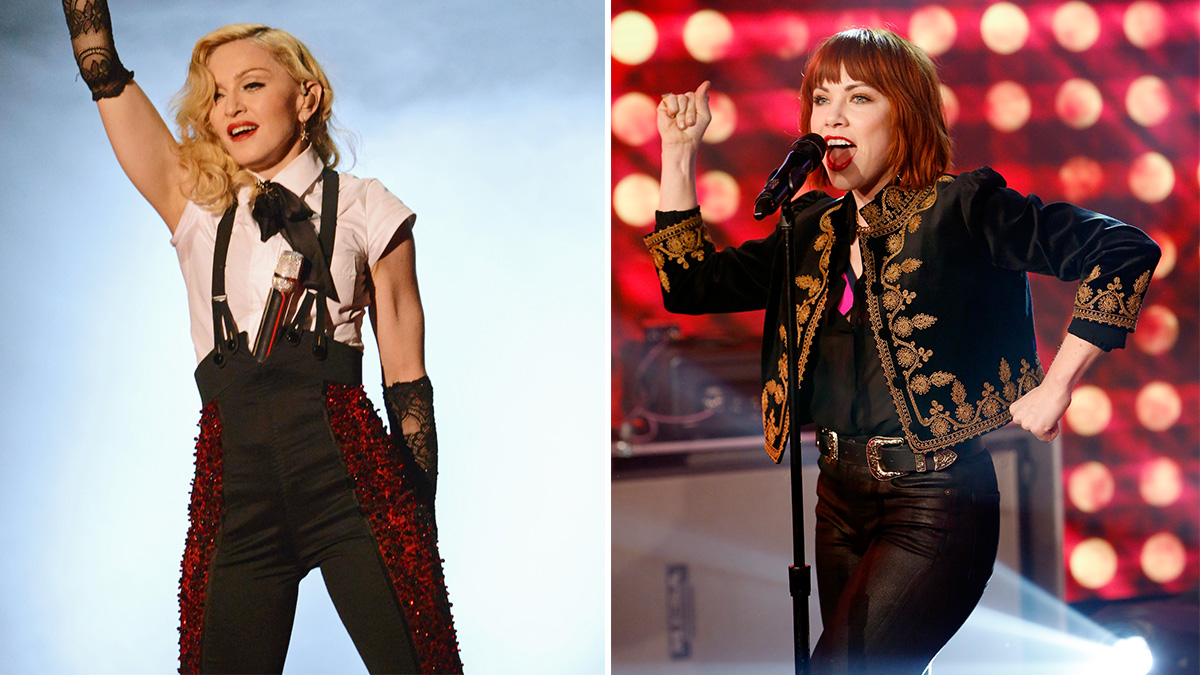 The song is just as vague as it needs to be: She’s sitting with someone on the couch, she needs to tell him something, she knows it isn’t love. Released last week, “I Really Like You” has been widely celebrated by critics, even if it isn’t as strong as her inescapable 2012 hit, “Call Me Maybe,” which gave the world the lyric “Before you came into my life, I missed you so bad.” But even as the praise rolled out, tweet after tweet asked the same stupid question: “Why isn’t Carly Rae Jepsen acting her age?”

A handful of millennials tweeting about being irked at Jepsen for not making more “mature” music probably isn’t a big deal, but it does echo a nagging conversation surrounding her music and her image — something that’s been following her since she took off like a rocket with “Call Me Maybe.”

Jepsen looks like a teenager and makes music for teenagers, but she isn’t one; she’s 29 years old. In 2012, media outlets latched onto the then-26-year-old’s age, particularly in the way her age manifested itself in her physical appearance, in a manner that treated her like Death Becomes Her incarnate. “We were shocked, then, when we Googled and find [sic] out that not only is Carly beyond her high school years, but that she’s actually way beyond them,” wrote the Huffington Post in a 2012 piece literally titled “Carly Rae Jepsen Age Confusion.”

That age confusion hasn’t gone away. “Carly Rae is a real-life 29-year-old woman and not a hormonal tween? Does that mean a grown-ass, 26-year-old female wrote and sang signature tween-emblem ‘Call Me Maybe?’” wrote DJ Louie XIV on Cuepoint. “Does this feel wrong to anyone else, somehow?” “No one can pull off the line, ‘Who gave you eyes like that / Said you could keep them’ like the actually-29-year-old Canadian,” emphasized Vulture’s Lindsey Weber, but without judgment.

And some critics do see this apparently obvious teen-evoking aura as positive. “Carly Rae Jepsen has the perhaps unique ability to turn grown women to tweens at their most burstingly besotted, and so she continues,” wrote Katherine St. Asaph for The Singles Jukebox. “I love how seriously she takes the project of making music that describes the emotional realities of people ten, even twenty years her junior,” echoed Jonathan Bogart. “Carly Rae makes perfect YA pop.”

This month, Madonna dropped Rebel Heart, her 13th studio album. Its delivery did not come without problems: a controversial marketing campaign that saw altered photos of Nelson Mandela; leaked demos; and a disastrous Brit Awards fall that somehow made headlines and brought out the usual from Twitter.

Nobody understands the boundaries imposed on older female pop artists like Madonna does, and at this point the public is more inclined to hate her rather than love her. “They’re judging me by my age,” she told Rolling Stone, referring to critics who question her ability to stay successful in pop. “Because women, generally, when they reach a certain age, have accepted that they’re not allowed to behave a certain way. But I don’t follow the rules. I never did, and I’m not going to start.”

What Madonna and Carly Rae Jepsen have in common is a desire to erase the conversation about age from their music and image, and nothing signals this more than whom they’re working with on their new records. Both of these singers have enlisted what could be referred to as an army of cool kids to collaborate with: rappers and EDM producers for Madonna’s Rebel Heart, and Pitchfork-approved indie-gone-pop puppeteers for Jepsen’s upcoming third album. For these two pop stars, the message isn’t changing who you are, it’s changing who you’ve got around you.

For Rebel Heart, Madonna enlisted a cohort of popular producers and rappers, from Avicii to Nicki Minaj to Kanye West. And even with all of those names spitting at her side, she never lets her listeners forget who the hell she is. She lays her rep down on “Bitch I’m Madonna,” dispels wisdom on self-expression from her earned pedestal on “Iconic,” and frequently references her own greatest hits, from “Vogue” to “Lucky Star.” But the collaborations ultimately feel tacked on, too curated to indicate Madonna’s relevancy, with the strongest parts of the album just Madge alone.

While Jepsen may still be tagging around with the Biebs (if anything, maybe he could use her help in the image department), her new record has all the makings of a 1989 2.0. And while nobody can deny that “Call Me Maybe” was a perfect pop Frankenstein of bad grammar and forward flirting, it wasn’t exactly “cool.” But with artists like Tegan and Sara, Dev Hynes, and Ariel Rechtshaid (who’s produced music by Vampire Weekend, Sky Ferreira, and Charli XCX) making music with her now, suddenly Jepsen is making music that sounds exactly her age, with a little edge too.

Pop stars have never “acted their age.” From Britney Spears to Taylor Swift, female pop stars are young-ified or made older (but only in the sexiest of ways). When you’re a female performer, age is a sliding scale, a constant moving around of imagery, lyrics, and writer-producers who help form your work. What Jepsen and Madonna show is that the latter can be their greatest asset. Jepsen’s already beginning to roughen up her teenybopper sheen while Madonna used her collaborators to sound more contemporary, although they did boost her iconic status more by sheer comparison (and maybe that was the point). So when you’re figuring out what’s age appropriate for a pop star, you might as well start calculating the average age of her team.