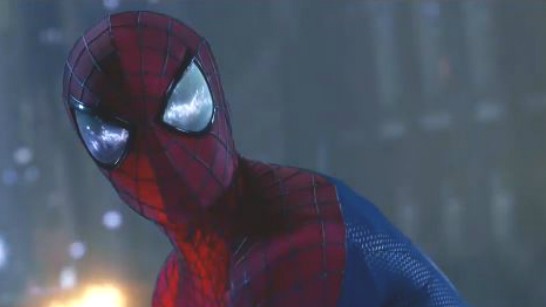 Maybe it was because Tobey Maguire still hasn’t lost that adorable baby fat in his cheeks, but when Sony released 2012’s The Amazing Spider-Man with Andrew Garfield (directed by Marc Webb of (500) Days of Summer fame), the zeitgeist let loose a collective “Really?” But the genial reboot earned its gentleman’s B from critics and, more importantly, made disgusting sacks of money from overseas audiences who can’t be bothered to notice the difference between Garfield and Maguire anyway. Seriously: The Amazing Spider-Man, an event film I waited to catch on a plane ride, grossed $750,000,000.

Thus was born the Spidey-verse. The Amazing Spider-Man 2 is almost upon us, and not only is Webb already locked in for Spidey 3 (though he’s out for 4), Sony has announced a veritable box set of spinoffs and sequels in the grand tradition Marvel has had so much success with. And just to make sure we’re all setting aside the requisite chunk of our paychecks, Sony summoned several of us movie bloggers this week to its posh William Holden Theatre to preview a chunk of film footage, have Webb whisper sweet nothings in our ears, and let the digital 3-D and Dolby Atmos sound work its magic. Here are five things we learned from the presented clips and the director’s Q&A.

The one visibly notable distinction between The Amazing Spider-Man and Sam Raimi’s films was that Webb spared no processing power in crafting Spiderman POV shots as he swung around Manhattan’s skyscraper jungle gym. Judging from Monday’s footage, Webb has kicked it up several notches. All time not spent on Garfield and Emma Stone making googly eyes at each other was filled with vertigo-inducing Spidey shots. It was as if every action sequence was filmed with a 4K GoPro strapped to a trapeze artist. If you’re the kind of person who gets a headache from 3-D glasses, be forewarned. But if you’re the guy who’s caught all 54 Star Tours variations at Disneyland in one day, you’re going to love this.

Playing to his strengths, Webb has doubled down on the Millenial banter that made (500) Days of Summer a hit. Garfield and Stone bat their lines about like tennis pros, just with more awkward silences and knowing looks. In fact, Webb let slip the fact that they actually had comedians roundtable the film to do dialogue punch-ups — a practice more common in broad studio comedies. Spider-Man doesn’t stop with the one-liners even in the chase sequences, which Webb felt was more faithful to the spirit of the original comic. So when Spider-Man isn’t crashing police cruiser no. 243, you can guess which quips came from Tom Lennon and which came from Patton Oswalt. (I’m guessing here; Webb declined to share who actually participated.)

3. Paul Giamatti must have hit the HGH. Or the CGI.

Giamatti appears to suffer some serious roid rage. Although Webb has assured fans this sequel won’t suffer villain overload, like the infamously emo-tainted Spider-Man 3, we did see Giamatti’s extensive chase scene from the film’s beginning, which has a vaguely Merrie Melodies–meets-the-Kremlin feel to it. Giamatti gets to exercise acting muscles that have lain dormant since Big Fat Liar. Though I’m guessing he spent some serious time at the gym. Webb has said Rhino will be in the film for only four minutes, and that sequence alone felt like three and a half minutes. They crashed a lot of cop cars. As Webb quipped, “If you have the opportunity, I highly recommend doing it.”

So, Electro does come across a little like Dr. Manhattan reimagined by Daft Punk. Webb has essentially turned Foxx into a human glow stick — and the omnipresent Pharrell’s music gives the Electro action sequences the slight feel of an MDMA-fueled Berlin trance club, with almost as many tears. Still, it’s impressive in 3-D. The action sequences themselves feel like they might set a Guinness record for most CGI per pixel. They are elaborately and ornately crafted: slow motion, neon-highlighted, 360 camera free-for-alls, veritable Fabergé eggs of VFX. The centerpiece was watching Electro short-circuit Times Square — which, really, is that such a bad thing? We also saw Harry Osborn unleash Electro from captivity, although the dominant tone of that scene was 10,000 volts of pure emotional neediness.

Essentially, it looks like Webb threw everything and the kitchen sink at this sequel. It’s as if every frame is jam-packed with details, backstory, and Easter eggs meant to reassure us all that the Spidey-verse has landed. Can Sony pull off the Box-Office Dominating Marvel Magic with The Amazing Spider-Man 2? Considering that Spider-Man is one of the classic marquee franchises, you can’t blame it for trying. Given everything happening in the footage shown, it’s hard to see how it can tie up every strand it introduces in one more film, let alone three. One writer asked how long the film was and Webb demurred, half-joking, “16 hours.”