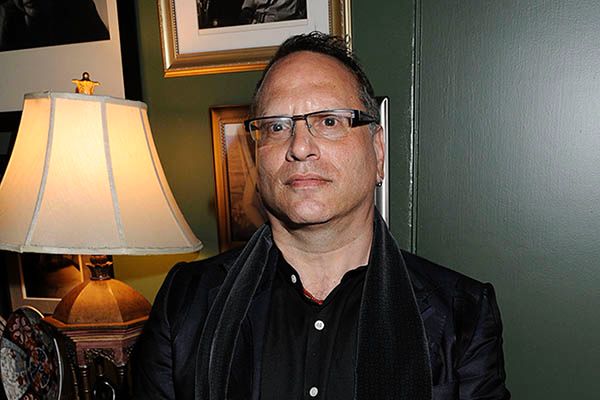 Denial: Buzz Bissinger, Pulitzer Prize–winning author of Friday Night Lights, wrote a giant GQ feature confessing a shopping addiction totaling over a half a million dollars? Buzz Bissinger, foaming blog-hater turned Twitter troll, believes the clothes at the flagship NYC Gucci store “hang like fantastic sex toys”? Buzz Bissinger, perfect curmudgeon archetype, owns “eighty-one leather jackets, seventy-five pairs of boots, forty-one pairs of leather pants, thirty-two pairs of haute couture jeans, ten evening jackets, and 115 pairs of leather gloves”?!! This must be some twisted, brilliant early April Fools’ Day joke. Sorry, no, it’s not: Unless this denial from GQ that this is in any way a ruse is part of the ruse, we’re going to have to accept this as fact.

Anger: Writes Buzz, “Gucci men’s clothing best represents who I want to be and have become — rocker, edgy, tight, bad boy, hip, stylish, flamboyant, unafraid, raging against the conformity that submerges us into boredom and blandness and the sexless saggy sackcloths that most men walk around in like zombies without the cinematic excitement of engorging flesh.” And then also: “Before I started shopping with her at Gucci, I could count on one finger the number of compliments I got from strangers on what I was wearing. Now I get dozens, 99 percent of them from women and gays and African-Americans who appreciate go-for-it style. No wonder male heterosexual whites are aimed toward obsolescence, boring the rest of us to death.” Wait: Buzz Bissinger thinks he’s an “edgy, tight, bad-boy” rebel — high above us white-male sheeple, his eyes open to the blinding light of truth — because he wears weird pants?

Depression: Wait, actually, this is super sad: “If there was a precipitating event for drastic change, it took place in the late summer and fall of 2009 with the departure of two of the most precious people in my life. My wife, Lisa, left to take a job as an administrator at New York University Abu Dhabi. My youngest son went off to Kenyon … Add in a life of extreme repression, and explosion is inevitable. Or maybe it’s implosion.”

And so is this: “My wife and I realized several years ago that we had run our sexual course.” So: “Was I homosexual because so much of what I wore is associated with gays? I did experiment … Was I veering toward becoming a dominant leather master in the S&M scene, the leather fetish an obvious influence in most of the clothing I purchased and in much of high fashion itself? I did experiment. Was I a closeted or maybe not so closeted transvestite? Tom Ford makeup is divine; the right foundation and cheek blush and eyeliner and lipstick can do wonders for the pallid complexion … I also went to Hong Kong and Macao with some friends. We went to sex clubs, many, many sex clubs with many, many women. We became tired. Four days seemed like four years.”

Acceptance: And, finally: “The self-expression feels glorious, an indispensable part of me. As a stranger said after admiring my look in a Gucci burgundy jacquard velvet jacket and a Burberry black patent leather trench, ‘You don’t give a fuck.’ I don’t. I finally don’t.” More to the point: “During the Gucci trip a fellow invitee said I looked like ‘Bon Jovi,’ a compliment that at this point in my life means more to me than any piece of writing.” And finally: “Maybe what I really am is an extreme narcissist.” OK, so Buzz Bissinger spent over half a million dollars on Gucci because he wants to express himself by looking like Bon Jovi. Seriously, good for him.