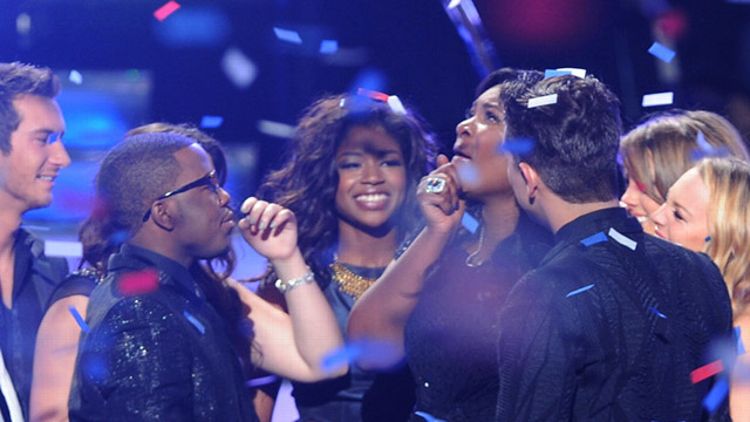 May 17, 2013
by Emily Yoshida, Jay Caspian Kang and Mark Lisanti

Whatever doesn’t deafen you makes you stronger: Grantland’s Jay Caspian Kang, Mark Lisanti, and Emily Yoshida have returned, bowed but not broken, to tackle another season of American Idol. Their journey is now at an end, a winner has been crowned, the confetti has fallen — but the biggest questions of all are still on the horizon.

Did the correct person win?

Kang: Is this even a question? Kree seems like a nice girl and all, but she shouldn’t have even made the final 12. There are 1,500 ways to sing country — you don’t even really need functional vocal chords (R.I.P. Townes Van Zandt) — but what you can’t do is pout during happy songs and fart around when it’s time to connect with the audience. That’s what Kree did week after week and if she had won, I might have actually made good on my annual threat to never watch this show again. As it turned out, the right girl won and I’m excited to return next season with four all-new judges!

Yoshida: For sure. Congratulations, Candice! Pure talent won this season over marketability, and even if Candice doesn’t become the superstar Idol desperately needs her to be, at least there’s something pointlessly respectable about the fact that the best voice did actually win this year. I will still pay anyone who takes me up on it $100 if I ever hear “I Am Beautiful” on the radio. (But at least it’s not “All Cried Out.”)

Lisanti: I guess this is my chance to go down in a blaze of glory for Angie. Remember Angie? From BeverlyStrong, Massachusetts? She rode around in a limo with her pals last week? No? We’ve already erased her from history? Piano? Bangs? Tight dresses? Nothing? Sigh. Maybe it’s time to let her go, to accept defeat. She did get to sing a song with her idol, Jessie J, last night [Editor’s note: Wut.], so all is not lost. There will be other pianos on other stages. A million digital doves will rise into the heavens borne upon her perfect voice.

But yeah, Candice was better. Justice was served.

What was the saddest moment from last night’s super-padded two-hour finale? Everyone can’t pick Mariah.

Kang: If you take Mariah’s lip-synching debacle in the proper context, it’s actually quite life-affirming. The lip-synching in question was so horrible that Mariah can now claim this was definitely the first time in her career that she had ever lip-synched. Which she can then use to throw shade at Beyoncé. As in, “Yeah, my lip-synching went bad because I don’t do it all the time like you do, Beyoncé.”

It’s a legit question, right? Was Mariah drunk or had she never lip-synched before or was there something very, very wrong with the sound system? Also, what was with that mix? That’s what my iTunes sounds like when I’m trying to breathe/relax my way through an extended anxiety attack.

Lisanti: If I had to make an uneducated guess, I’d say that the in-ear monitors were somehow not perfectly synced with the music for broadcast, because EVERYBODY who lip-synched last night did so with the precision of a German shepherd eating chunky peanut butter. Things got so bad for Mariah that I was hoping Randy’s last act of valor would be to flying-tackle her off that podium, preserving some tiny shred of dignity for the diva before the Idol housecleaning begins.

But let’s talk about Frankie Valli for a minute.

If Nigel Lythgoe is indeed being swept out along with the entire judging panel, this felt like his raging against the dying of the light. You think the show is old and out of touch? Well, let’s shove an 80-year-old man out on stage to lip-synch his hits in front of some Branson-quality choreography. The kids are gonna love it! It’s all they’ll be talking about tomorrow in the Skype window with great-grandma!

The death knell is now deafening: The finale ratings were down almost 50 percent from last year in the 18-49 demographic, and 8 million fewer total viewers watched last night than in ’12. It’s the first time the finale couldn’t scratch out 20 million viewers. It had 13.6 million.

If they didn’t need him on So You Think You Can Dance, Fox probably would have thrown Lythgoe off the top of the Nokia Theatre last night.

Yoshida: You give me a two-hour extravaganza with lip-synching Mariah Carey, “got nothing else on my plate” Jessie J, Frankie Valli disintegrating before our eyes, J.Lo running around in a little girl dress in front of projections of Marilyn Monroe quotes, and then you tell me nobody watched it? And I’m supposed to pick one saddest thing? Obviously, it’s the ratings; Valli and Carey have had their moments and last night was but a sad blip in their careers, but it’s not the best look for Candice and Kree’s ostensible launching pad to fame. I would probably feel pretty bad if the season finale where I was up to win the title was the lowest rated in Idol history.

Did anything about the show make you happy? Don’t be so negative all the time.

Kang: I enjoyed Aretha on the big screen looking like Tony Soprano’s mom. She still has about 10 percent of her pipes left, which is enough for me. I also enjoyed Jennifer Hudson coming out and straight smoking Candice for like two minutes but then easing off at the end so that Candice could have her last moment. That was a nice thing to do.

Yoshida: That video the boys did about how the girls sabotaged them was incredibly dorky, but I found myself smiling during it anyway. Like a summer camp skit, it’s only enjoyable because we’ve been spending the last two months with these people in a harsh, unforgiving environment. It’s also nice to see people being able to laugh at their nationally televised humiliation and rejection after the fact.

Lisanti: They had dogs say good-bye to the Dawg. Maybe that was a little on the nose, but it was nonetheless delightful, because dog videos.

Makes you think that an all-dogs season of Idol might fix pretty much everything that’s wrong with the show. Dog contestants, dog judges, dog Jimmy Iovine in a dog baseball cap and dog leather jacket.

Are you going to miss Randy? At least they broke out the classic Daniel Powter good-bye song for him.

Kang: No. I do miss Randy Jackson Presents America’s Best Dance Crew, though.

Yoshida: I was ready to let bygones be bygones and watch Randy ride off into the sunset without a single unkind thought, but then he started talking unironically about how much the show has benefitted from his “vast expertise,” and then Ryan extended an open invitation to come back, and then I went to Wikipedia to see if he had any non-Idol-related ongoing projects that could potentially keep him from crawling back within the next three years, and then I found the America’s Best Dance Crew subheading, and promptly had my day/life ruined:

Each week, the teams showcase their creative talents in choreography and their dance skills, and one crew is eliminated by the judges. The competition continues until the sole winning dance crew is awarded the title of America’s Best Dance Crew, and a cash prize of $100,000. Jackson has admitted to using the show as a platform for his banner-making company.

There you go, folks. Nothing good is real. Except for Randy Jackson’s banner-making company. Yeah, good luck with that, dawg.

Lisanti: When I think about how many hundreds of hours I’ve spent hanging around with Randy in my living room every week for 12 years, I get profoundly sad, because that’s time I could’ve been living my life. (Ha-ha, JK, I told you last week that I can’t feel emotions any more.) But I’m gonna miss the big lug. He checked out long ago, but then again, so did we all. Maybe he can reunite with Simon Cowell and once again become the barking force of positivity he once was.
No, that’s greedy. He’s earned a comfortable retirement, spending his aimless, lazy days lint-rolling his sweater collection and winding his giant watches. Slow it down for a while, Dawg. A dozen seasons of giving a million billion percent of yourself takes a toll.

Well, like nine seasons. Those last three were more like 30 to 40 percent effort. No one blames you. We all burn out eventually. Kang can’t even bring himself to fast-forward at 4x speed. Too many button presses.

Let’s offer one suggestion each for fixing this show next year. It obviously can’t continue to be this bad.

Kang: Don’t be so cynical! This season sucked because you rigged everything. You rigged the judge fights, which ended up being a non-issue. You rigged it so that a girl would win and ended up giving us a really talented, but ultimately bland and unsalable winner. You hamstrung poor Angie Miller by giving her weird song choices and by insisting she come out every week in clothes that rose the ire of everyone in America who has ever said, “I hate that skinny bitch.” Which is like 95 percent of America. Look, Idol works best when it’s actually unexpected. The Scott Savols and Taylor Hickses and Crystal Bowersoxes make the show watchable from week to week. This year, we were fed a bunch of manufactured sob stories — seriously, Lazaro set back the cause of Americans with speech impediments by like 25 years … did you see him snapping his gum last night when Candice won? It was like he had just buried his face in a small mountain of MDMA — and canned theme weeks. Let the show breathe, Idol producers.

Yoshida: While I agree that the show needs to loosen the reins a bit, I think what might actually help the judging process, more than any one particular genius casting stroke, would be a scoring system. If the judges were forced to evaluate performances based on, I don’t know, Vocals, Stage Presence, and Song Choice/Arrangement, it might cut down some of the time-sucking vague babble at the judges table, and also give the contestants specific points to work on that would be easy to convey on television. (I think more time with the contestants at rehearsals and stage training would be interesting, too — the more Idol embraces its “singing sports” aspect, the more entertaining it is.)

Lisanti: I think it’s finally time for the death panels. Restore some stakes to this show and watch as 30 million Americans tune in every Thursday night to root for their favorite teenager’s continued survival.

You know, unless The Voice gets there first. The Voice is always stealing the great ideas. They just want it more. And Carson Daly’s read all The Hunger Games books five times each. He’s ready. It’s his move.

Should You See It? A Curious Consumer's Decision-Making Guide to Star Trek Into Darkness