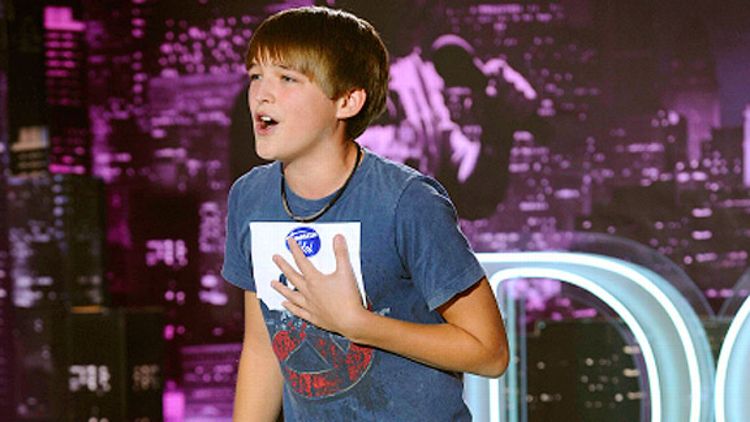 All season, in-house Grantland Idol experts Jay Caspian Kang and Mark Lisanti will answer five very important questions about each performance episode. They literally have nothing better to do.

Who was your favorite performer on the second night?

Kang: I’m torn. Heejun Han will be the third Korean dude to take the Idol stage, following in the footsteps of Paul Kim, who refused to wear shoes on stage, and John Park, who was handsome enough but bored the shit out of everyone. I’m not sure if the Korean-American community is ready to have a contestant who can actually make it to the late stages of the Idol competition. We’re ready to content farm, run for local office, dominate college admissions, and write “immigrant experience” novels, but what happens when we’re exposed to America’s gigantic army of rabid, Idol-voting tweens? I fear the worst.

Overall, though, I want to say that I thought last night’s show was much, much better. There were five people (Erika Van Pelt, the mobile DJ from Rhode Island; Reed Grimm; Heejun; chubby preteen dude Eben Franckewitz; and Hallie Day) who each would have been the best person on day one. Of those five, I’d say the mobile DJ was the most likable, Reed Grimm was the most annoying (but maybe because he reminded me too much of fellow scat-o-philiac Casey Abrams from last year), and Hallie has the best chance to make the final three. She has the relatable story, she has a flexible voice that can sing a lot of different types of songs, and the fact that she’s married to a nice fat guy gets her around the “too hot for the tweens” problem. If I had to choose, I’d one hundred billion-gazillion percent go with Hallie Day, who really does look like Debbie Harry.

Lisanti: I was ready to ride teenage coal miner Shane Bruce to the finals*, if only because Justified’s new season has also just began and I was hoping Raylan Givens might have shown up during Hometown Visit Week* to throw one of his meth-slinging uncles down a mineshaft. Unfortunately, it turns out that anthracite dust’s magical, vocal-enhancing properties dissipate upon contact with fresh air, and my hopes of young Croonlander advancing to Hollywood were killed along with the continuing viability of “Hallelujah” as a showcase song.

So even though you’ve already sort of tentatively planted your flag in him, I have to go with Heejun Han. A Korean hipster with Bolton pipes? If things don’t work out for him on Idol — and they won’t; let’s not get crazy here — I’m drafting that dude as a ringer with my first overall pick in the Grantland Happy Hour K-town Private Karaoke Booth League and marching straight to the championship. (The Lisanti/Han duet on “Jack Sparrow” is going to melt your balls. Bring a Ziploc bag for safe transport home of your liquefied testes.)

[* That didn’t come out quite right.]
[**I KNOW JUSTIFIED IS IN KENTUCKY. So stop. Just stop. A coal mine is a fucking coal mine.]

Last night, a contestant named Reed Grimm made it to Hollywood by scatting his way through the theme song for Family Matters. Two-part question: (A) Do you approve of this gimmick and (B) What theme song should he sing next and why?

Lisanti: (A) You have to do whatever it takes. There are no rules in the Audition Room other than (1) Do whatever it takes and (2) (Females under the age of 21 only) pretend to be sexually attracted to the poetry-spewing, scarf-swaddled leather mummy sitting on the left side of the judges’ table. (B) I’d go with an a capella medley of the Seinfeld theme and commercial bumpers. Scat some slap bass, son, and we’re going to the top 12. And you didn’t ask, but (C) His nickname going forward is The Sing.

Kang: I do not understand the appeal of scatting. We invented instruments for a reason. There’s no reason to sing notes that should be played on a much nicer-sounding device. And I don’t like the cheap retro-soul points this Reed Grimm got for hocking a loogie all over the hallowed Idol audition stage.

As for theme songs, I’d sing the one from Golden Girls. Eaaaaaaaaasy.

Will Eben Franckewitz snatch the crown off David Archuleta’s head and rule the Kingdom of the Castrato Pubescent Preteen Singing Machines?

Kang: My girlfriend just asked me, “You really think that fat little kid is cute? What’s cute about him?” How do I answer this question? It’s like standing in the middle of a minefield with Bill O’Reilly poking you in the back with a shame stick. So, umm, while I think this little Castrato Pubescent Preteen Singing Machine (CPPSM) will probably make it to the finals (unless he gets blindsided in Hollywood Week like the last chubby CPPSM), there CAN ONLY BE ONE King of the Tweens. His name is David Archuleta, he has vampire teeth, and he will eat this fucking kid.

Lisanti: I was a little insulted that Eben Franckewitz claimed he looks like Justin Bieber. Eben, it’s time for some real talk: You are not pulling Selena Gomez, nor an insane groupie claiming you smuggled a lovechild into her uterus in a Staples Center bathroom, anytime soon. Can you play the drums? Would you make a disturbingly attractive woman if the genital lottery had turned out differently? Can you even afford a swagger coach? Biebs is more than just a haircut, you cherub-faced punk. He is a haircut and a $1,000 pair of sneakers. Step off.

I don’t remember what the question was. Nor do I particularly care. Ugh, that kid.

Last night’s episode introduced us to Patty the Planker, a young lady who followed her sister into the audition room and planked on the floor while her sister sang. My question: What the hell was wrong with Patty the Planker? And what other passe memes will Idol bring out to create TV/Internet synergy?

Kang: Asbestos? I have no idea, but there are better ways to get on television. Like standing behind Hoda Kotb with a big sign or calling into CNN during a disaster to yell “Baba Booey” at Wolf Blitzer. Tebowing is too predictable. I’m going to go with Keyboard Cat. When someone gets voted off, Seacrest will say, “Play him/her off, Keyboard Cat!”

Lisanti: I’d love to see some version of horsemanning, where the “severed” head does the singing. Failing that, actually decapitating someone midsong and watching how long their disembodied dome could keep belting out “Umbrella” would be a good time.

The judges last night were a mess. What was the worst thing they did?

Lisanti: Steven Tyler’s failure to sling Patty the Planker over his shoulder like a contractor moving a two-by-four and joke about how he was going to need a minute off-camera to saw her in half was unconscionable. Maybe he was still spooked by the looming menace of Joe Magrane.

Kang: The number thing has to stop. Nigel Lythgoe, you must be a very smart man. Please hire an English teacher to sit down with your judges and teach them a few synonyms for “enthusiastic.” I remember my second-grade teacher did me a similar service when she told me that I should never use the word “good” more than once in a paper. “What, really,” she asked, “does ‘good’ mean?” Hey, Randy, Jennifer and Steven: What, really, does “300 billion percent yes” mean?

Second question: Have you all come to an agreement with one another to never drop “Infinity” because it’ll screw over the next judge?

Has this ever happened?

Randy: One billion percent yes!
Jennifer: Infinity yes.
[RECORD SCREECHES TO A HALT]
A befuddled look passes over Steven Tyler’s face. He takes a sip from his Coke cup and looks helplessly at Nigel Lythgoe, seated off-screen. Then, with all the hate inside him, he turns to Jennifer.
Steven: You fucked me over, Jen. There is nothing greater than infinity, by definition.

Mark Lisanti is the editor of Hollywood Prospectus and is a better singer than Jennifer Lopez.

Trailers of the Week: Casa De Mi Padre, I Am Bruce Lee and More

Rembert Explains the '80s: The Snorks