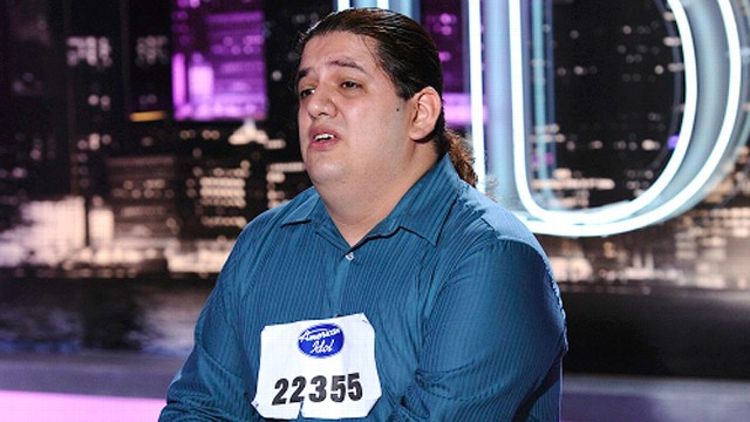 All season, Grantland editors Jay Caspian Kang and Mark Lisanti will answer five very important questions about each Idol performance episode. The seams of their sanity are already starting to fray.

We’re feeling generous tonight, so let’s start with an easy one for a change. Favorite Galveston/Houston contestant?

Kang: Last night’s episode was pretty darn manipulative — lots of sob stories and crazies. I did like Skylar Laine and how she pushed the boundaries of the word “restaurant.” She had one of those thin country voices that break nicely in the upper registers. Sadly, at some point during Hollywood Week, one of the Pubescent Singing Machine Bitches will get in her head and pressure poor Skylar to burn off Martina McBride’s “Independence Day,” a song she was saving for the finals. With nowhere left to go, Skylar Laine will grab an extension cord, whip the hide off that bitch, and get back to saving that family restaurant and its blurred-out collection of Pepsi coolers.

Lisanti: This is where I’d lay it down for Baylie Brown, based on a predictable and overall shameful weakness for the hot girls in the audition rounds, but I have a feeling Kang is going to dump a vat of boiling tar all over her two grafs down, and I don’t want to make things any worse for the poor girl. Hasn’t she suffered enough at the hands of turnpike thugs Antonella Barba and her toadie? You’re a monster, preemptively.

So let’s go feel-good here with Ramiro Garcia, who was born with no ears. Let that sink in for a moment. A guy born with no ears on a singing competition. Yes, I know Nicole Scherzinger has flourished with the same handicap, but Ramiro channeled that hardship into faith instead of more conspicuous cosmetic surgeries, designer corsets, and pop-burlesque fame, and for that he should be celebrated. (He’s toast in Hollywood Week, though. Faith only gets you so far; it takes the tweens to deliver you to salvation.)

Are we crazy, or were there no auditions objectionable enough to merit a “least favorite” question?

Lisanti: By definition, “least favorite” is just the person you like less than the others, not necessarily someone you don’t like at all. Forced to pick, I guess I have to go with Linda Williams, the one J.Lo thought was awful, but Steven and Randy put through to the next round. As the tail end of a montage, she didn’t really get enough screen time to make much of an impression other than “Alicia Keys with her leg caught in a bear trap.” And that’s borderline listenable, even if it’s a little all over the place as she tries to gnaw off her leg on the way to the freedom of Hollywood Week.

Kang: I fast-forwarded through her, then felt guilty for some absurd reason, rewound back too far, was forced to watch a Glee commercial and then fast-fowarded back to the middle of Linda’s audition. At that point, I felt too tired to go on. But no matter. My least favorite was an easy choice: I hated Baylie Brown, the Denise Richards look-alike who kept talking about “Jersey girls” and how getting sent off during Hollywood Week back in 2007 was the worst moment of her life. I didn’t like her outfit, I didn’t like her fake modesty, I didn’t like how she kept excusing her line-biffing-16-year-old self by saying, “I was just a baby,” I didn’t like how, after bashing Jersey, she then chose a Bon Jovi song. She’s the Pubescent Singing Machine personified — overproduced voice, overproduced hair, overproduced tan, overproduced humility, too many excuses.

I predict she goes Knoblauch, forgets her lines again in Hollywood Week and gets sent home.

Kang: I cringed. And then cringed again when she started singing. If Simon were around, he’d say, “You sound like a barmaid who, at the end of the night, gets up on stage — a bit drunkenly, I might add — and sings a song with the house band.” Then, as Paula protests and says, “No. No. She has something special,” Simon rolls his eyes and says, “Darling, it’s a no.”

Hey, Lisanti, remember back when the show was good?

Lisanti: It was ever good? You’re talking about the Taylor Hicks year again, aren’t you? BTW, I know you paid dearly for that official, gig-used Soul Patrol harmonica, but that one Blues Traveler riff you think you know is starting to annoy people at the office. Simmons put me up to saying this, but now it’s out there.

Idol should set up a special voting line to which we can text SAVE THE CHILDREN and dispatch child welfare officers to the homes of any single parent trying to become the next [INSERT NAME OF ANY STILL-SUCCESSFUL FINALIST WHO HAD SMALL CHILDREN WHOSE LIVES HAVE BEEN IMPROVED, IF ANY EXIST]. Just start a karaoke-DJ company, get a sitter so you can work a couple weekends a month at local bars, and enjoy your family. Anyway, I’m sure this is going to work out great for Kristine Osorio. The divorce lawyer’s collection company will understand.

The Ganging Up on Jennifer Montage: Is J.Lo the last sane person on the panel, excavating hidden gems and protecting Hollywood from obvious mediocrity, or are Randy and Steven gaslighting her until she quits the show to preserve her fragile grasp on reality, leaving the 14-gallon tub of Creme de la Mer Endless Shine leg-moisturizer in her dressing room unguarded?

Lisanti: As we discussed yesterday, the endless death-slog of the audition round takes it toll on the gang, who periodically have to lash out at one another just to feel something besides crushing despair, either by demanding additional songs from the tone deaf or jamming the nubile-but-untalented into Tyler’s gaping maw. But didn’t J.Lo seem like the crazy one? Probably three out of four of those people were coin flips at worst, so maybe she really did stumble upon one of Paula’s stashed bottles and momentarily took a quick run through her mind-meadow with some beautiful pharmacological butterflies. On the other hand, I bet the boys would love to get their hands on that magic cream. It’s made from panda foreskins and pixie menses.

Kang: I want to talk about this leg-moisturizer thing because you’ve been bringing it up a lot. For those of you who do not sit in cubicles at L.A. Live, Mark has claimed that celebrities use a very expensive (I believe he put the dollar value at $10 million) pearlescent cream that makes their skin glow. He says that when he “met Beyoncé,” she was glowing in the same way that J.Lo glows on Idol. I only bring it up because I was at the Clippers game last night and Rihanna was sitting courtside. At some point, she got up to go to the bathroom and as she passed by, I noticed that same glowing skin. Is this the HGH of celebrities? Is this why they seem so much better than those of us who farm written content for a living? You seem to have inside information. [Ed. note — I have never met Beyoncé, per the terms of the court order.]

To answer your question, there’s definitely a jealousy element with the other two judges, especially Randy, who gets fatter by the episode. At some point, he’s going to “accidentally” knock over his Coke cup (filled with Hypnotiq) onto Jennifer’s lap and not even apologize. But who can really blame him? J.Lo is more talented, smarter, and richer than him. And she’s waaaaay more likable. If she hadn’t made it in show business, she would have been the world’s greatest middle school teacher. She’s reasonable, she’s stern, she can empathize with kids, and she’s very good at giving constructive criticism. And if she decided to go Mary Kay Letourneau, the male population of the world would commit collective jealousy-suicide.

How would America be different if the judges hadn’t so brutally quashed Alejandro Cazares’ revolution?

Kang: I’m always on the side of the weirdos, but he lost me when he said the words, “Lady Gaga.” It depressed me, I’ll admit, to think that a genuinely batshit-crazy guy like Alejandro Cazares could only think to identify with such a manufactured version of weird. It’s like those back pages in SkyMall, where they sell things like Harry Potter wands and chess sets inspired by Tron: Legacy. You think, “What sad nerd would spend good Shivan Dragon money on something this stupid and obviously corporatized?” Then you realize that geekiness and intelligence don’t always match up, and in a field somewhere outside of Seattle a whole clan of idiots are whacking one another with foam swords and erroneously calculating “damage points” in their heads. This is why the world needs Dungeons & Dragons and Magic: The Gathering. Both provide an alternate world that never, ever needs to be on film.

Mark, did you ever play Magic: The Gathering? Do you think you could come correct against my Serra Angel deck?

Lisanti: I’m going to go out on a limb and theorize that you always demanded your D&D characters be “lawful evil” and you’d take as many rolls as necessary to correct your charisma points. I’ve nearly exhausted my D&D references, so I’m swinging my “+5 pole-ax of getting the fuck out of this” into the middle of your Magic table and scattering your pathetic card collection everywhere. Seacrest the Paladin out!

Jay Caspian Kang shouldn’t have eaten that Egg McMuffin this morning.
Mark Lisanti is more of a McGriddle guy at this point.