‘Exodus: Gods and Kings’ Trailer: Let My People Go (to All the Award Shows) 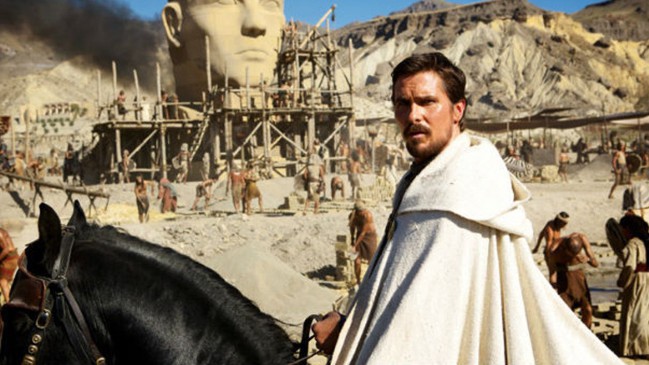 Ridley Scott is doing everything he can to stay unpredictable in his seventies. His last few films have included an Alien sorta-prequel, a Robin Hood remake, a CIA thriller, and a batshit-crazy Cormac McCarthy project. Now it’s time for a biblical epic that’ll either be awards-bait-y (it hits December 12) or the second coming of Darren Aronofsky’s Noah, which met lukewarm reviews and a disappointing box office back in March.

Scott’s Exodus: Gods and Kings stars Christian Bale looking to bury Charlton Heston’s legacy and Joel Edgerton (Zero Dark Thirty, The Great Gatsby) as Rhamses/Ramses/Rameses/Ramesses. Also featured in this Egypt-set tale: Ben Kingsley, Sigourney Weaver, Aaron Paul, and John Turturro. Maybe Scott & Co. can repurpose the same casting explanation Aronofsky’s team used? (“What we realized is that this story is functioning at the level of myth, and as a mythical story, the race of the individuals doesn’t matter. They’re supposed to be stand-ins for all people.” OK.)

The Exodus screenplay comes from Oscar-winning writer Steven Zaillian (Schindler’s List, Moneyball, Gangs of New York). Empire reports that Scott “opted for old-school scale on this one, constructing massive sets.” As long as they didn’t make an actual horse fight an actual tsunami.

See all exodus: gods and kings

No One Will Ever Kill 'American Gladiators'

Do You Like Prince Movies? Podcast: With Special Guest Richard Linklater