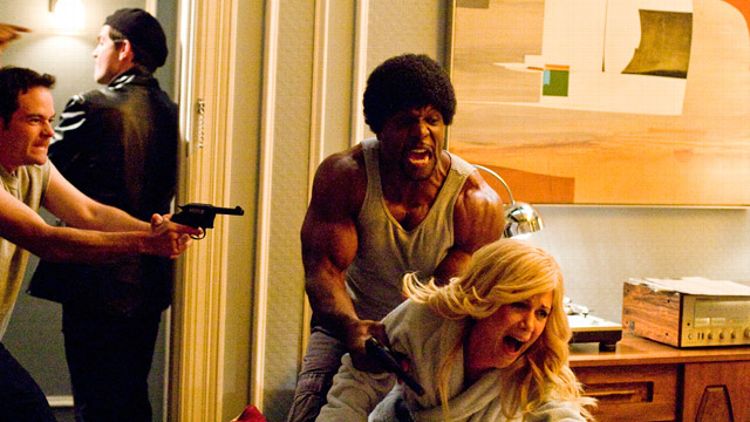 If you’re unfamiliar with Comedy Central’s new series Drunk History, here’s a primer: A comedian gets incredibly drunk and tries to explain an important moment in history, while actors try to bring their sloshed lessons to life. There, now you’re all caught up.

In this exclusive clip from the San Francisco–centric episode that will air Tuesday at 10 p.m. ET/PT, Natasha Leggero drinks all the wine and attempts to recount the story of heiress/Symbionese Liberation Army abductee Patty Hearst, portrayed by Kristen Wiig. Terry Crews plays a kidnapper in a magnificent fake Afro. Enjoy.