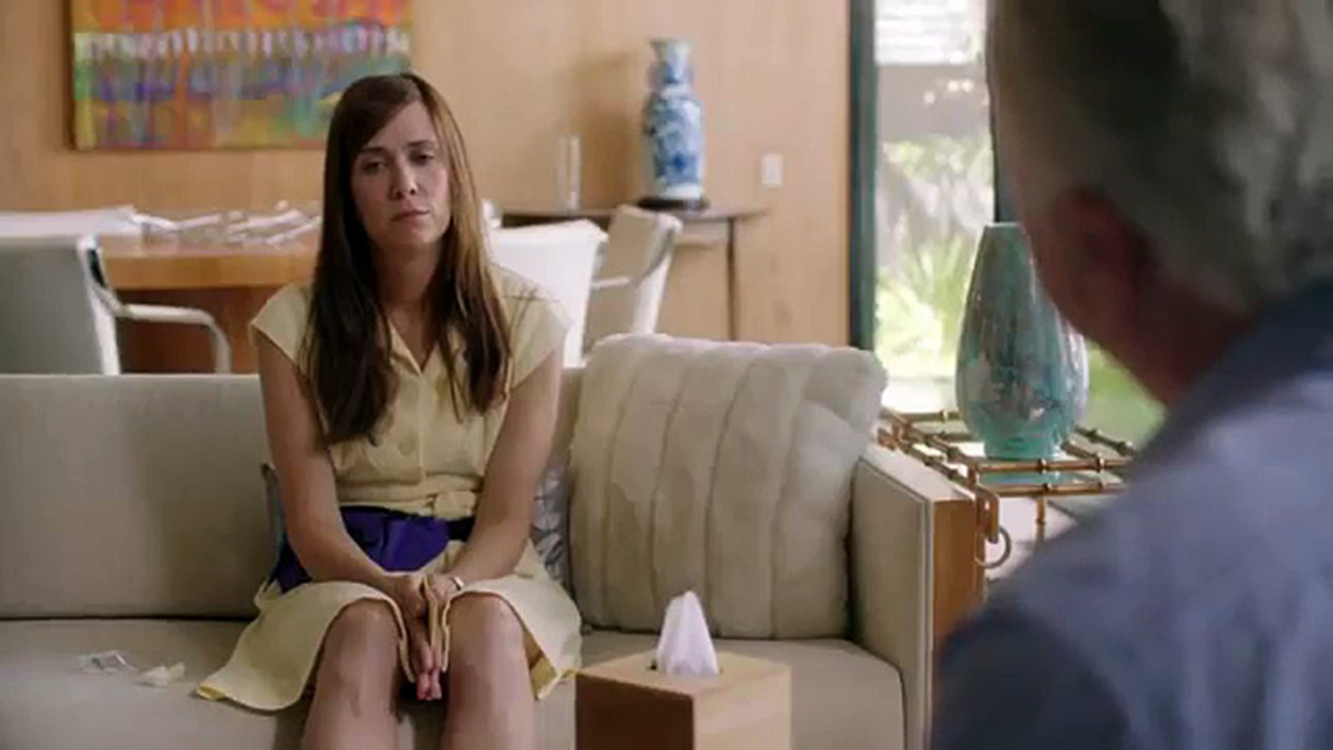 When Kristen Wiig attended the premiere of her drama Hateship Loveship at the Toronto International Film Festival in 2013, she was surprised to find that audiences were laughing. Wiig was starring in the film as Johanna Parry, a shy and introverted nanny set up in a matchmaking scheme by the teenager she cares for. “I’m so surprised that comes across as funny,” she said about a moment in which Johanna practices kissing herself in the mirror — a scene that is supposed to play sad. “I worried, are people gonna laugh at certain parts of this ’cause they’re used to seeing me do things that are comedic? I can’t take away from people how they experience that scene or other ones, but I never saw it as funny.”

In the past few years, since her departure from Saturday Night Live, Wiig has increasingly begun to tread into the realm of dramatic acting. While she played loud, cartoonish characters on SNL — Gilly, Target Lady, and Aunt Linda — her recent filmography has been populated by an array of meek, wide-eyed, disturbed (and surprisingly similar) young women. In 2011’s Friends With Kids, she had a small, sad role as a woman trapped in a marriage with an alcoholic husband. In 2012’s Girl Most Likely, she plays a struggling playwright who attempts suicide to grab an ex-boyfriend’s attention and winds up in the care of her estranged mother. In 2014’s The Skeleton Twins, she is a suicidal woman who repeatedly cheats on her husband. And next month will bring Welcome to Me, a film in which Wiig plays a lottery winner with a personality disorder who uses her winnings to buy her own talk show.

Watching Wiig in these films is a bizarre viewing experience — it’s like observing someone do an impression of dramatic acting. Wiig is, after all, a master mimic, and her acting can at times feel like she is doing a Miranda July impersonation — dark, childlike portrayals of adult women bumbling through life and romance. This is Wiig in Manic Pixie Sad Girl territory. Audiences might laugh at her in more dramatic roles — if only because she’s blurred the lines so well. But with parts in upcoming movies like the disturbing indie coming-of-age film The Diary of a Teenage Girl and the new Ridley Scott sci-fi feature The Martian, it’s clear that Wiig has her sights set on being a dramatic actress.

The transition for a comedic actor or actress into drama isn’t an easy one. For many comedians, the move begins with roles into this same middle ground that Wiig has been occupying (or stuck in) over the last few years: the dark dramedy. Some comedic actors — Jason Schwartzman, Parker Posey, Aubrey Plaza — have existed comfortably on this plane their entire careers. But for the goofier stars, the ones with outlandish personas and franchises to their names, it’s the first step to going full-serious.

Bill Murray was still funny and improvisational in Lost in Translation, Will Ferrell was loud and hilariously neurotic in Stranger Than Fiction, and Adam Sandler was a screaming, adult child in Punch-Drunk Love, but all of these movies had a darker, sadder quality than the previous work of those stars. What’s worth asking is if any of these films would have still been funny had a traditionally dramatic actor been in each role. Is a face we associate with laughter going to be inherently funny no matter how bleak the context?

For Jim Carrey and the late Robin Williams, that certainly wasn’t the case. The Truman Show was Carrey’s first big foray into dramatic film acting. He flexed his traditional comedic tics in the 1998 film, but in a way far removed from his over-the-top characters like Ace Ventura, Lloyd Christmas, and The Mask. And while the 2001 drama The Majestic flopped, Carrey’s performance in 2004’s Eternal Sunshine of the Spotless Mind features none of the weird deadpan quirkiness he had become known for. In the ’90s, Williams found his touching niche in fatherlike mentor roles in films like Good Will Hunting and Dead Poets Society, both of which earned him Academy Award nominations (and one win, for the former).

What Carrey and Williams brought to these roles was a sense of full immersion. Their performances in these dramas were tender and vulnerable. Wiig, on the other hand, seems to play her dramatic turns with a wooden sensibility. Even in her darkest moments, she always looks like she’s about to crack a smile, as if her idea of a more serious performance is an exercise in keeping a straight face long enough. In contrast to performances like Carrey’s and Williams’s, Wiig’s seem to be just skimming the wealth of attention and fleshed-out, emotional depth required to play a dramatic role. She just isn’t reaching the place where audiences can invest in her characters’ feelings. And playing what seems like the same variation on one role certainly doesn’t help, either.

The failures of Wiig’s forays into drama are also heightened by how versatile and hilariously improvisational she has been in her straightforward comedic work. In her more dramatic filmography, it feels as if the things that help her thrive as an actress (improvisation, eccentric character studies, etc.) have been removed, so it’s no wonder she seems restricted and a little off-kilter in these roles. We know she is an extremely talented performer, at least when she’s working in a certain goofy comedic genre, à la Bridesmaids. It’s as if we’re waiting for her to crack her coldly acted facade to reveal she’s got some wacky prop up her sleeve, like the old Wiig all along.

Wiig’s difficult move into serious roles is less an issue with her ability to be funny than a question of her ability to play a role that actually feels human. While now she is treading comfortably in the quirky space between dark drama and comedy, it will be her acting in future roles that will prove how serious she wants to be. That is, of course, if audiences won’t stop laughing at her first.

YO, WHY IS LORDE HOLDING TAYLOR SWIFT’S FOOT LIKE A HANDMAIDEN?