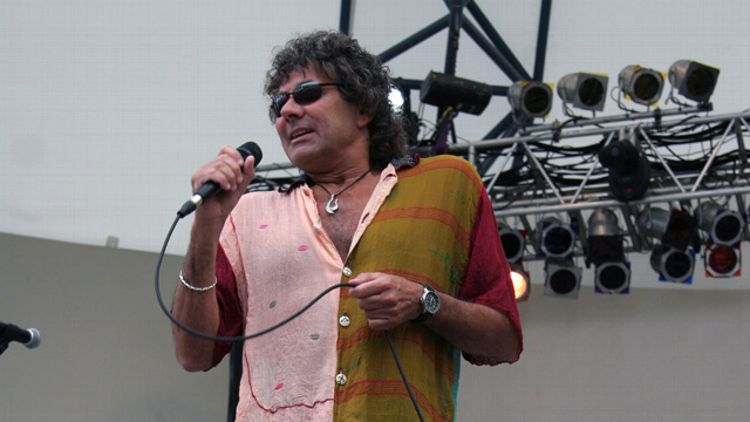 Welcome to Escape From Pop Purgatory, where we check out new music made by people who are more well known than 98 percent of the oppressively “cool” artists over whom the media obsesses, and yet are commonly perceived to be years past the point of their cultural relevance. (Pop Purgatory is fame plus time.) Because we’re unwilling to let albums released by established if unfashionable pop culture institutions come and go without a proper listen, we’re giving these damned souls a shot at redemption — or at least some much-needed publicity outside of their respective fan bubbles. In this installment, we look at the new album by ’80s rock-itects, Starship.

Period of Peak Fame: 1985. Let’s take a moment to appreciate the wondrous miracle of a new Starship album existing in 2013. How did this happen? More importantly, why did this happen? Starship’s best-known song is “We Built This City,” which topped the charts in ’85 and was once declared the worst song of the ’80s by Rolling Stone, and the worst song ever by VH1 and the late, great music magazine Blender. Is this a fair designation? “We Built This City” is no doubt awful, as all synth-pop ditties about the power of rock and roll that are kinda-sorta rapped by Grace Slick inevitably are. But if “We Built This City” truly is the worst, then why does it persist in sticking around in pop culture? It still gets played regularly on lite FM radio stations — as does “Sara,” the not-quite-terrible follow-up to “City” that also went to no. 1 — and it’s recently appeared in movies like The Muppets and Rock of Ages. The Man can’t bust Starship’s music, man. All they want to do is dance here, cuz someone stole the stage.

What’s Happened Since: In 1987, Starship scored another no. 1 hit with “Nothing’s Gonna Stop Us Now” from the Mannequin soundtrack, which is arguably worse than “We Built This City” though (by default) it’s the best song ever about falling in love with anthropomorphized plastic. After that, Starship started falling apart. Slick departed in 1988 to rejoin Jefferson Airplane, and while touring behind 1989’s Love Among the Cannibals, lead singer Mickey Thomas was involved in an on-stage altercation with drummer Donny Baldwin that prompted Baldwin’s swift resignation from the group. Starship broke up three years later, but Thomas opted to revive the group as a touring unit under the name “Starship Featuring Mickey Thomas.”

Where Are They Now: For the new Loveless Fascination — the first original Starship album in 24 years — Thomas enlisted the assistance of Jeff Pilson, a journeyman bassist and songwriter who was in the original lineup of Dokken and has performed as a hired gun in post-peak versions of Foreigner and Dio. For the Starship purist, this poses a dilemma: Can Loveless Fascination truly be considered a Starship record without the involvement of the original band? What about the stinging guitar playing of Craig Chaquico or the bass lines of Pete Sears? These are valid questions that will be asked by absolutely nobody. Not only are there no Starship purists, there is no pure Starship — the group formed in 1984 as a result of a lawsuit filed by founding member Paul Kantner, who wanted to prevent his ex-bandmates from using the name “Jefferson Starship” after he quit the group. Starship’s current figurehead, Mickey Thomas, replaced original lead singer Marty Balin in Jefferson Starship in 1978. He’s a replacement who has hired a replacement to make a record under a brand name that is nearly three decades past its sell-by date.

In essence, Thomas is playing with house money in an empty casino that is about to be demolished. And you know what? He does OK under the circumstances. Loveless Fascination doesn’t sound at all like “We Built This City” — it doesn’t have any distinct qualities at all, really, beyond a slavish devotion to faceless, Reagan-era corporate-rock tropes. The vocals soar, the guitars squeal, the synthesizers soothe. And yet it’s this period-specific blankness that makes Loveless Fascination somewhat interesting and totally unique — only the most insufferably smirky hipster rock band would attempt to grind out AOR grist like “How Do You Sleep?” in 2013, and it wouldn’t be nearly as authentically cheesy as it is here.

Representative Track: Is the anthemic “How Do You Sleep?” really a Starship song? Or is it a Foreigner track with a touch of Dio’s grandiosity and Dokken’s rokkenness?

Escape From Pop Purgatory: Sure! Why not?