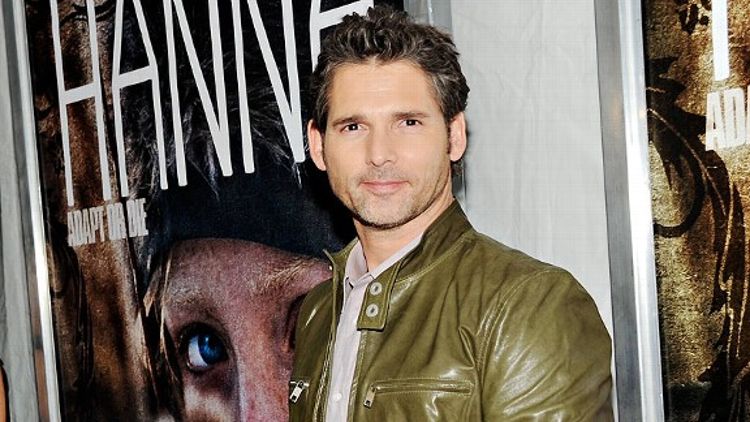 Eric Bana will star as Elvis Presley in Elvis & Nixon, which revolves around Presley’s 1970 visit to the White House. The meeting was initiated by Elvis, who wrote a letter asking to be made a “Federal Agent-at-Large” in the Bureau of Narcotics and Dangerous Drugs, and later gifted the Prez with a Colt 45. Danny Huston is in talks for Nixon, and Cary Elwes will be making his directorial debut. Anyway, this is as good a time as any to remind you that if any of us get laid tonight, it’s because of Eric Bana in Munich. Grade: B+ [HR]

Finally, Kim Kardashian will co-star in a movie. It’s Tyler Perry’s next project, The Marriage Counselor, which stars Jurnee Smollett as Judith, the titular counselor, who breaks her own rules by cheating with a client. Kardashian plays a “co-worker who gives Judith a big city makeover and new confidence as she struggles with her personal issues.” Also, in order to boost marketability, the movie will now officially be known as Tyler Perry and Kim Kardashian’s The Marriage Counselor. Grade: D [Deadline]

Joss Whedon may or may not have just shot a secret movie. Last night a few of his frequent coworkers, including Nathan Fillion, tweeted a link to MuchAdoTheMovie.com, which features an image of a dude in a scuba mask holding a martini, and announced that “Bellwether Pictures is proud to announce the completion of principal photography” on “a film by Joss Whedon based on a play.” Seeing as Whedon is currently working on the Avengers movie, and that this is the kind of thing that perfectly baits his Internet-nerd fan base, we’re guessing it’s a joke? If it is real, then @SamYouAre114 speaks for all of us when he says “WHAT OMG WHAT I AM HAVING A NERDGASM HERE WHAAAT #allofmydreams #theyveallcometrue #justholdme.” Grade: n/a [HR]

Aisha Tyler will join CBS’s The View-killer The Talk. Along with Sheryl Underwood, she’ll replace fired co-hosts Leah Remini and Holly Robinson Peete. Remini and Robinson Peete were unavailable for comment on the hiring, as they were out slashing the tires on Aisha and Sheryl’s cars. Grade: B [HR]

Warner Bros. has hired Drew Pearce to write the screenplay for the third Sherlock Holmes movie almost two months before the second installment, Sherlock Holmes: A Game of Shadows, hits theaters. When reached for comment, Pearce, who is also writing Iron Man 3, gleefully squealed, “From here on out, it’s only the third movie in Robert Downey Jr. franchises for me!” Grade: C [HR]

Producer Charlotte Huggins (Journey to the Center of the Earth) has been hired by Metallica to put together a 3-D feature film that the band will self-finance. There are no specific details yet, but presumably they’re looking to make some variation on a concert film. If it ends up being a buddy cop comedy in which a by-the-books metal band days away from retirement gets teamed up with a fast-talking rookie, well, that’d be cool too. Grade: B+ [Deadline]

Trailers of the Week: Chronicle, Flowers of War, and The Descendants