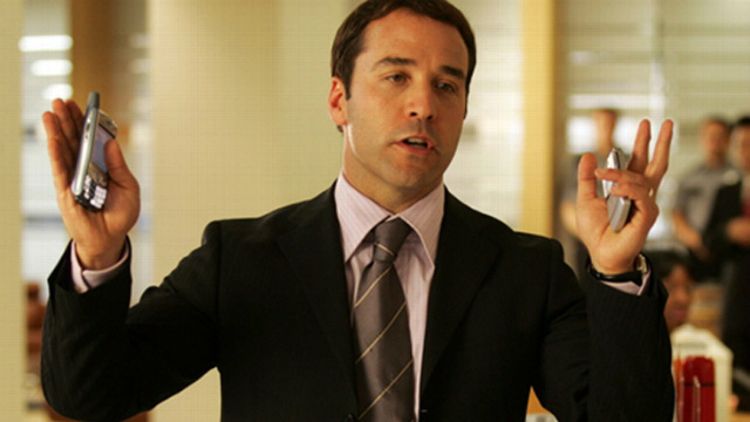 The twisted tale of the belabored Entourage movie has now reached its inevitable, quite necessary juncture: At least according to The Hollywood Reporter, the reason this thing is delayed is because of Jeremy Piven. Of course it is.

Earlier this week, a self-incriminating Instagram post had the world’s fingers pointed at Adrian Grenier. As he wrote, “The spirit of Entourage is about sharing the opportunities given to us and I will sign any deal that gives ALL the boys an opportunity to share in the upside of success EQUALLY. I assure you, despite the perception, there is no greed in my heart. Remember, it will all work out in the end. It always does. ------ I will try to answer questions with hashtag #entourageboysshare”

This vague ode to Entourage-inspired socialism was mostly read as So Vince wanted more money than everyone else? Then THR clears up the picture a bit, explaining that the issue isn’t Grenier’s relative salary, but his back-end compensation — specifically, as weighed against Piven’s apparently higher back-end compensation:

Negotiations with co-stars Adrian Grenier, Kevin Connolly, Jerry Ferrara and Kevin Dillon have become heated in part because they want pay more comparable with Piven’s. But insiders point out that Piven’s Entourage deals have been more lucrative than his co-stars’ since the show debuted in 2004. Although his character was not intended to dominate the show as it did, Piven was the only “name” attached to the project when it was created. (A source says he initially had a two-year deal that paid him nearly $100,000 an episode, while the others members of Vinnie Chase’s crew had five-year deals for far less per episode.)

Most importantly: This Entourage movie “will they or won’t they?” watch is officially on. So can we expect things to get pretty backstabby fairly soon? Ah, maybe not.

Connolly was on the B.S. Report yesterday to talk about his 30 for 30 film, Big Shot, and he was a beacon of stability amid the Entourage tempest. He says: “It’s gotten blown way out of proportion. It’s not this big huge money discrepancy. It’s lining everybody up. … It’s just a matter of getting the dates right and signing everybody’s deal. We were all under contract and now we’re not. It takes some time. Somehow it gets turned into this thing where this war is going on.” OK. Sure. Sure. Until TMZ bombards a sleepy Jeremy Piven walking through airport security at 5 a.m., thereby unleashing an Earth-salting torrent of anti-#entourageboysshare vitriol, we’ll accept Connolly’s depiction of events thus far.