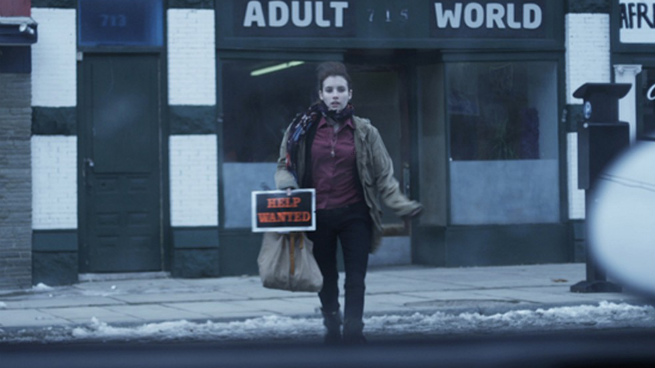 It feels like every week another article comes out either decrying or praising millennials. Either they’re too entitled and expect instant success without putting in the necessary real work, or they’re being underestimated by adults and are the generation that’s going to save us all. Likely, it’s both. Discussions of millennial entitlement aren’t really about the whole age bracket so much as a specific subsection of precocious middle- to upper-class millennials who are struggling in the recession not just because of the lack of jobs, but because they naively expected to rise up the ladder without encountering any obstacles or logging years of unrewarding grunt work. They’ve been loaded up with encouragement and false optimism, tricked their whole lives to believe that yes, they really are special, and yes, the world is bound to recognize their specialness and reward them accordingly. This works great right up until they are yanked out of the utopian world of their prestigious liberal arts college and find out that the adult world welcomes them not with laurels or validation, but barely even a shrug.

Generalizations about millennials are sweeping, and one could probably have made similar claims about preceding generations as well, but youth knows no reason. Every new generation has to learn to navigate the world’s bottom line for themselves. The millennial viewpoint is pasted together out of the faded idealism of baby boomers and the romanticized cynicism of gen X, but hopefully there is also a bit of elbow grease passed on from the greatest generation (who also saw their pretty plans sidelined by economic events they could not control).

Director Scott Coffey and writer Andy Cochran use this cultural backdrop for Adult World to tell the now-familiar story of a would-be artist whose postgrad dreams get crushed by the weight of real-life responsibilities: student loans, apartment rent, regular meals. Amy (Emma Roberts), our ur-millennial protagonist, is excited to graduate from what she sees as the clichéd conformity of college life so she can get to work fulfilling her destiny of becoming a great poet. Despite her feigned world-weariness, at 22, Amy knows nothing about how real life works. She is confident that the light she feels emanating from inside her brain can be seen by everybody else, and she doesn’t realize that every single person on earth feels similarly unique and deserving. She has submitted her poems to The New Yorker, certain they will recognize her as a peer and promote her to the literati elite immediately. Her gut tells her this is her destiny, and that she will just continue to climb and climb. Who knows where? Maybe she’ll be the youngest poet laureate ever.

Instead she receives an impersonal rejection letter and a lecture from her parents about spending money she doesn’t have on submission fees. The New Yorker rejection is not quite as painful as the fact that she is also rejected everywhere else she has submitted, but rather than humbled, she feels cheated. Why didn’t anyone warn her about the harsh realm of reality? She doesn’t realize that even if someone had, she never could have fully understood while she was still in college. When adults warn her that 22 is not as old as she thinks it is, nor as wise, she views them as over-the-hill haters trying to protect their spots atop the mountain from the approaching invasion of fresh, young voices like hers. She is still so young that she resents being told how young she looks and seems. She just wants to be taken seriously.

Roberts, who herself has benefited from the nepotism of being Julia Roberts’s niece and Eric Roberts’s daughter, may have caught a few casting breaks from her last name. But once she got into TV and movies, she still had to prove she could act worth a damn. She moved from wholesome tween fare like Aquamarine and Nancy Drew into edgier territory, really coming into her own as the lead in Scream 4. There she perfected her onscreen persona: a little bit bitchy, but funny, cute, and smart. In her stint on American Horror Story: Coven as fictional starlet Madison Montgomery, she won over even the haters who had nicknamed her “Nepotism Roberts,” mining her latent dark streak further and proving she could hold her own in a room full of divas.

Adult World delves into similar issues as its sistren, Frances Ha and Girls, but with less acid and more base. It can be very cutting at times, but it’s never condescending or judgmental about how much Amy has to learn. Faced with the prospect of being a failed writer by the age of 23, Amy takes a job working at a grotty adult bookstore in a desolate part of town. Her only salvation is a book of poems by famed punk poet Rat Billings (John Cusack) that she finds in a car. Billings made his name as a poet while he was just 18, and his book jacket photo is a picture of the boyishly handsome John Cusack circa the Savage Steve Holland years. She tracks down Billings, who turns out to be a depressed misanthropist, and begs him to be her mentor. He agrees very reluctantly, but he can’t help but be incredibly discouraging every time she opens up and asks him for advice. 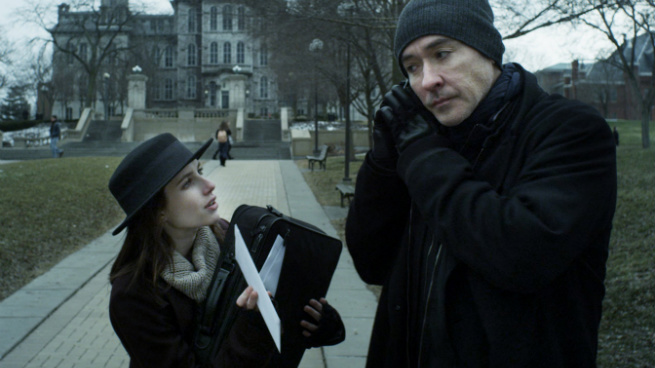 As in Hot Tub Time Machine and High Fidelity, Cusack plays off his well-established screen persona as a youthful high achiever gone to seed. He betrays traces of the tenderness that made him a poet in the first place, but with decades of the universe confirming his pessimism overlaid on top. Amy is looking for a role model, but Rat makes it very clear that modeling her life after his would just mean she’ll grow up to be as miserable as he is. Like a lot of millennials who aspire to join the creative class, Amy thought being a depressive poet would be romantic; living in a shitty apartment, having vital experiences, barely scraping by while working on the poems that will make her reputation. She assumes that his level of cultish fame is exactly what she wants. But as she looks around his life she sees neither money, love, nor critical accolades. The life of a real working poet, even a fairly established one, no longer seems glamorous. And like many floating through postgrad life, she finds out firsthand that real depression, the sort that exists outside of books and French New Wave movies, is mostly a kind of interminable boredom. Rat considers himself a failure, but reassures her, “All the best people are failures these days.” Just like her millennial cohort, she starts to grasp that even the people she considers successful might still be unhappy, unfulfilled, and see their lives as one long disappointment.

With no road posts to follow, she sinks into traditional twentysomething aimlessness. It’s not so different from her gen-X forebears in Reality Bites, or even the post–high school malaise of one Lloyd Dobler in Say Anything. The longer she goes without outside validation, the less talented and ambitious she starts to feel, until weeks are passing. No poems are being produced, but her life is now shaped by a nightly flow of post-work drinks and joints, followed by clocking in on bleary mornings. When college life has been a never-ending stream of intellectual conversations, raucous parties, and important books, the early twenties can just feel never-ending. For kids who have been trained to seek and receive awards, the lack of trophies is baffling, then normal.

I keep thinking of what one of my ’90s heroes, Stephen Malkmus, said about generation X to Rolling Stone: “It’s a time that seems romantic to people now, whereas at the time, it seemed like a cynical era. There were all these worries about selling out and the Man and corporate rock and irony and sincerity. But in retrospect, being cynical just meant that you cared. There was something at stake.” The gen-X obsession with not selling out does seem quaint now. It implies a job market that allows you to make choices, and a product that you can sell in a market other than through the Internet. The times are always a-changing, but it’s frustrating to look around and realize that some people are still succeeding despite the odds, and that it often involves nepotism or inherited wealth.

Adult World makes a compelling argument for Emma Roberts as a millennial heir to actresses like Winona Ryder, Claire Danes, and other gen-X heroines who excelled at capturing the in-between phases of life, before the batter has fully set. Its rhythms are deliberately leisurely, mirroring the “what the hell do I do now?” phase of life. There is no obvious end in sight, and no guarantee of a happy one. Once she makes peace with this and stops fantasizing about future trophies, she can finally focus on a smaller but infinitely more necessary task: the blank page in front of her face. Amy’s path from innocence to accepting the mundanity of her struggle years is slow, but incredibly important. It’s the only way to grow up.