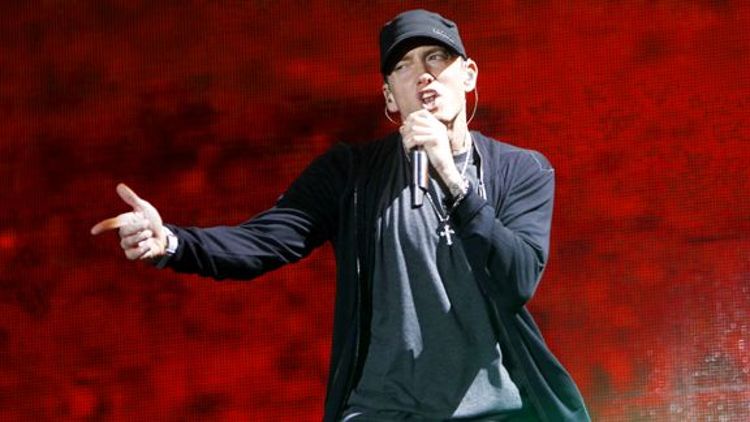 Southpaw, Eminem’s movie return, is back in development. The project was put in turnaround at its original studio, Dreamworks, but has been picked up by MGM. In the movie — co-written by Eminem and Sons of Anarchy’s Kurt Sutter, and to be directed by Antoine Fuqua — Em stars as a former lefty welterweight boxing champ staging a comeback after a personal tragedy. And if you’re worried this will be too similar to recent stirring underdog fighting flicks like Warrior, The Fighter, and Real Steel, think again: Were the protagonists of any of those other movies left-handed? Grade: A- [HR]

20th Century Fox has picked up Helen Childress‘ spec script The Mountain to develop as a directing project for Ben Stiller. It’s a horror movie based on characters from Edith Wharton‘s Summer set in the 1900s and revolving around a woman struggling to “confront her destiny after stumbling upon a mysterious object that forces her to examine the secrets of her past.” More importantly: This is the first thing Childress has written since Reality Bites (which Stiller also directed). The Helen Childress comeback is on! Grade: A [Deadline]

Catherine Zeta-Jones will star in Broken City, as the cheating wife of the New York City mayor. When the mayor, Russell Crowe, has Zeta-Jones’ extramarital relationships investigated by detective Mark Wahlberg, it leads to the uncovering of a larger conspiracy. By the way, Wahlberg’s character is from Brooklyn. Hopefully Williamsburg? Grade: B [Deadline]

Director Matthew Vaughn has two potential projects lined up as a follow-up to X-Men: First Class. The first is an adaptation of The Secret Service, a new comic book (details are under wraps) being co-created by Vaughn, Mark Millar, and Dave Gibbons. The second is an adaptation of Millar’s Superior, about a boy with multiple sclerosis who is given the chance to become a superhero but at a heavy cost. And if those don’t work out, Vaughn may well something something something comic book. Grade: B [HR]

Shonda Rhimes has sold a drama, The Circle, to ABC, being described as part soap, part conspiracy thriller. It revolves around ten friends “adopted as children by a billionaire philanthropist, who begin to question their past when one of their own is murdered.” And somewhere, George Soros is thinking, “finally, a show depicting the real lives of billionaire philanthropists.” Grade: B+ [HR]

Will Ferrell and Adam McKay will produce He’s F***ing Perfect, a spec script written by Lauryn Kahn, who has worked for years as McKay’s assistant. The plot revolves around a young lady who convinces her friend to dump a guy so that she can steal him for herself by “using her social media savvy to turn herself into his perfect match.” Lauryn must have been really amazing at coffee fetching. Grade: C [HR]

Reality Scorecard: Jersey Shore Ends Not With a Bang But With a Smush