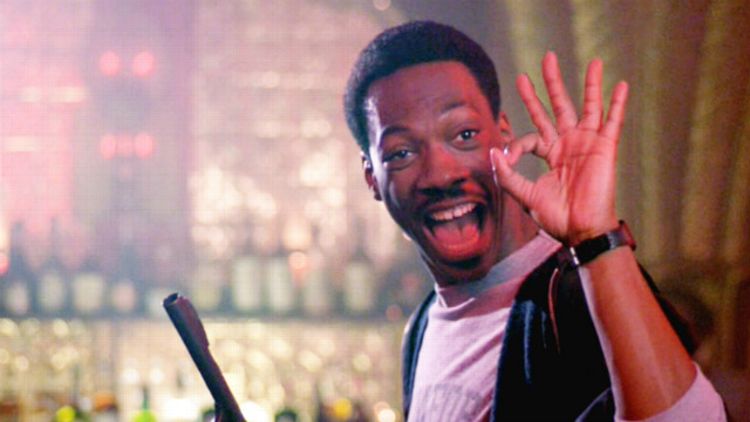 First, it was Tower Heist. Then, it was the Oscars hosting gig. And for a minute there, a few of us even talked ourselves into A Thousand Words. But despite what all outward signs might have suggested — from that career-spanning Rolling Stone cover interview to Spike’s big tribute show — the long-promised “Eddie Murphy returns to top-shelf adult comedy” comeback never actually happened. Tower Heist was, at best, OK. [Editor’s note: Nope.] No one saw even 100 of the Thousand Words. And Billy Crystal hosted the Oscars. Yet we hold out hope. As long as they keep teasing us with stuff like another Beverly Hills Cop, why wouldn’t we?

As Deadline reports, “Paramount Pictures has begun moving fast on another movie. The studio has enlisted Eddie Murphy to reprise his role as Axel Foley, and they’ve set Josh Appelbaum and Andre Nemec [Mission: Impossible — Ghost Protocol, the new Teenage Mutant Ninja Turtles] to write that script.” But why now? In a perfect bit of Hollywood logic, it was CBS and Shawn Ryan’s failed BHC reboot — in which Brandon T. Jackson played Foley’s son, with Murphy onboard for spot appearances — that led to talks about another movie. Apparently, Murphy’s appearance in the pilot “had people talking. It showed that the character and Murphy’s portrayal are still pretty potent.” So, reading between the lines: Eddie was the only good thing about the pilot. When they approached him with the thought to expand Axel’s role, though, Murphy — still hung up on his movie stardom — balked at doing so much network TV. But when they came back with the idea of doing another movie, he was all good to go.

Weirdly enough, before all this, Murphy’s pal Brett Ratner had long been attached to a fourth Beverly Hills Cop. But, according to Detective Billy Rosewood himself, that one never really got going:

Eddie wasn’t satisfied with what was happening. That’s all I can say. But we’ve had a lot of scenarios over the years. Robert Towne pitched what I thought was cool: the Japanese literally take over Sony! But that didn’t go. And then we had something in London. I don’t know who was responsible for that, but I just saw Taggart and me in bobby hats. I don’t mean to diss the force there, but that would have been funny. So there were scenarios that I thought were delightful, but for one reason or another they didn’t get there. When you’re dealing with big committees, it’s easy for these things to fall through the cracks and splatter on the wall.

So after years of stagnation, there’s some action on this front. And I mean, yeah — the idea that a failed pilot will work as the catalyst for the successful rebirth of a long-stuck franchise doesn’t necessarily imbue one with great hope. But, hey! Another Beverly Hills Cop! Eddie Murphy is back, everybody!