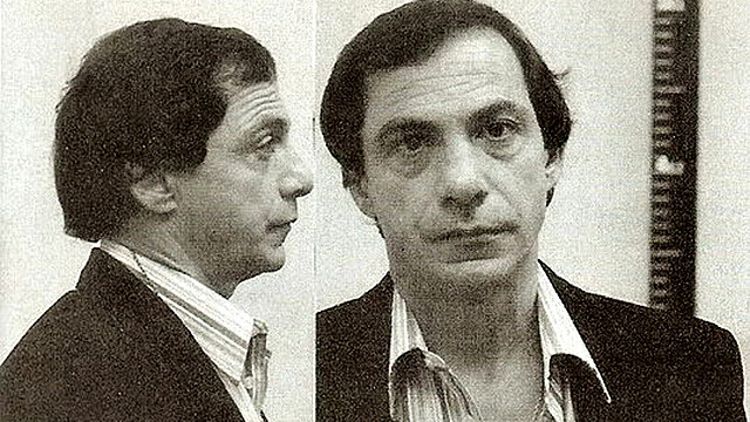 With the possible exception of Salman Rushdie, no one lived life in hiding as publicly as Henry Hill, who beat the odds on Tuesday by dying, in a hospital, at 69, of a long illness. It was (probably) a lifetime of smoking that did him in, not a hot-lead overdose or an ice-pick to the endocranium, so he won, kind of.

Sixty-nine is old for a Mob turncoat expelled from federal witness protection for all manner of criminal backsliding. But it’s fairly young for a celebrity, and that’s what Henry Hill was when he died — a celebrity, in that a celebrity is almost always a chimera of fictional character and actual human being.

The fictional character was birthed and inscribed into pop-cultural myth in 1990, by Martin Scorsese’s Goodfellas and Ray Liotta’s career-peak performance as Henry, who we ended up liking even though we weren’t meant to. Depending on how you look at it, the movie’s stylistic virtuosity either captures the improbable and problematic allure of the gangsters it depicts, or falls victim to it. Goodfellas, or so goes this line of criticism, discarded the tragic/operatic Old World glamor of Francis Ford Coppola’s Godfather movies, only to replace it with rock-and-roll anti-heroism, clouding our moral judgment with high style — a slick fog of coke and Cream and “Layla” — and kinda-sorta painting La Cosa Nostra as a badass cousin to the counterculture.

Maybe that’s true, and maybe it isn’t, but either way, whenever people typed the words “RIP Henry Hill” in headlines and tweets this week, it wasn’t quite clear whose peaceful rest they were wishing for, the real guy or Liotta’s movie outlaw.

The real Hill flipped on his associates in May 1980, gave testimony leading to dozens of convictions — including those of the real Jimmy and the real Paulie — then landed in Omaha, Nebraska, to live a schnook’s life under the watchful eye of the U.S. Marshals Service.

According to Hill’s son Gregg, the first place the family went for dinner in the Cornhusker State was Godfather’s Pizza. Before long, Hill — unable to live by egg noodles and ketchup alone — was in touch with old girlfriends and old connections. The family bounced from Nebraska to Kentucky to Washington, where Hill (then living under the government-assigned alias “Martin Lewis,” after Dean and Jerry) was arrested on drug charges in 1987. By the time Goodfellas was released three years later, he’d been kicked out of Witness Protection.

(He’d struggle with addiction for the rest of his life. When he went to rehab in 2006, it was at the urging of Liotta after Entertainment Weekly shot Liotta and Hill together for a photo portfolio; more alcohol-related arrests followed. “I’ve been on every drug humanly possible,” he told the AP in 2009, “and I can’t get a handle on alcohol.”)

The description of mobsters as “movie stars with muscle” in Scorsese and Nicholas Pileggi’s Goodfellas screenplay was Hill’s — he said it to Pileggi years earlier in the interviews that became Pileggi’s book Wiseguy. Accordingly, Hill’s life as an ex-mobster looks a lot like the arc of an ex-leading man or any other faded celeb, determined to keep earning without really working, struggling to maintain an indulgent lifestyle he could no longer support, terminally unsuited for the normal-person day-to-day.

“At bottom, the gangster is doomed because he is under the obligation to succeed, not because the means he employs are unlawful,” critic Robert Warshow wrote at the end of “The Gangster as Tragic Hero,” his oft-quoted 1948 essay about the role movies like Little Caesar and the original Scarface played in the construction of society. “In the deeper layers of the modern consciousness, all means are unlawful, every attempt to succeed is an act of aggression, leaving one alone and guilty and defenseless among enemies: one is punished for success. This is our intolerable dilemma: that failure is a kind of death and success is evil and dangerous, is — ultimately — impossible. The effect of the gangster film is to embody this dilemma in the person of the gangster and resolve it by his death.”

The weird thing about that passage is that while Warshow was talking about late-’40s America’s relationship to protagonists like James Cagney’s Edward G. Robinson’s Rico, the double-bind he’s describing sounds an awful lot like the conditions of modern-day celebrity culture — failure as death, success as evil — and the way we, as spectators, look to the rise and fall of famous people to reaffirm our society’s values, and long to see them punished for their inability to be one of us.

Hill did speaking gigs, urging young kids to stay in school, and popped up as a talking head in Mafia documentaries. But Hill also guested frequently on Howard Stern’s radio show, reminiscing about the bad old days and trading substance-abuse jokes with Artie Lange. Hill hawked a line of red sauce, just like Paul Newman. When Hill — described by the Associated Press as “Henry Hill, 66, of Topanga, Calif.” — was escorted, drunk and in bracelets, from the lobby of a Drury Inn in the greater St. Louis area three years ago, he was in town for an exhibition of his artwork (crude paintings of flowers and guns, the kind of stuff that gets 5-year-olds shuttled off to therapy) and an autograph-signing session at the local Hustler Club.

When he died, the first outlet to break the news was TMZ.

Hill is survived by his son and daughter, his third, wife Lisa Caserta, two ex-spouses, and the Mafia, which despite the best efforts of the United States government, is still a deeply ingrained part of the fabric of American capitalism. In January of last year, when police and FBI agents arrested 127 Mob-connected figures in New York — the biggest Mob bust of all time, so big the arrestees were processed on an Army base so as not to clog the courts — it was a reminder that (to paraphrase something Jack Nicholson’s Irish kingpin says to Leonardo DiCaprio in Scorsese’s The Departed) they just do not stop having the Mafia in this country.

“The Mob has shown itself to be resilient and persistent,” New York FBI assistant director Janice Fedarcyk told the Christian Science Monitor after the bust. “Arresting and convicting the hierarchy of the five families several times over has not eradicated the problem.”

So Henry Hill’s testimony — and that of countless less-famous informants — didn’t break the back of organized crime. But in some symbolic way, by violating omerta and dissolving some of the mystery surrounding the Mob in a way that proved so movie-genic, Hill wounded the Mafia’s myth and its ability to strike fear.

Goodfellas may have been a movie seduced by its subjects. But it also portrayed them as human, and after that it didn’t require a big leap to see mobsters as average. La Cosa Nostra: They’re just like us! Before long, pop culture gradually defanged the Mob boss. Thanks to hip-hop, gangster tropes live on, metaphorically, as gangsta tropes. But these days, when TV and movies show us Mafiosos, they tend to be fat losers in tracksuits or deflated suburban dads. Or chiselers — think of Al Pacino in Donnie Brasco, cheerfully sawing open a parking meter for the change inside, saying “A score’s a score.” Or clowns.

Robert De Niro — who’d risen to the A-list playing the younger version of Marlon Brando’s elder-godlike Vito Corleone in The Godfather Part II — played a cuddly, neurotic capo in Analyze This and That, finding his smile on the couch of a psychiatrist played by Billy Crystal. (De Niro also played a Great White named Don Lino in Shark Tale, with Scorsese as the voice of a puffer fish.)

The most profound and acclaimed post-Goodfellas Mafia story, David Chase’s The Sopranos, used the same basic setup as the Analyze movies — made guy walks into a shrink’s office — to tell a story about the decline of the Mob, and the Baby Boom generation, and America. Tony Soprano was a beast, but viewers insisted on loving him anyway, thanks to James Gandolfini (hence that blue-balls ending, designed to make us wonder why we wanted him to win). Real Mob guys loved Tony Soprano, too — during the show’s run, FBI wiretaps captured them having the same Monday-morning water-cooler conversations about the show as everyone else in cable-having America.

“We would hear back,” Sopranos writer Terence Winter told Vanity Fair, “that real wiseguys used to think we had somebody on the inside. They couldn’t believe how accurate the show was.”

Even within the context of The Sopranos, the fictional version of the Mob cast a long shadow across the real thing — think of Silvio’s Pacino impression, or Alicia Witt as the Hollywood D-girl who got off on doing business with aspiring screenwriter Chris Moltisanti. But in real life, it was Henry Hill — an O.G. who survived long enough to become a D-lister — who showed us what it was like to live inside that shadow, forced to wait around, like everybody else.