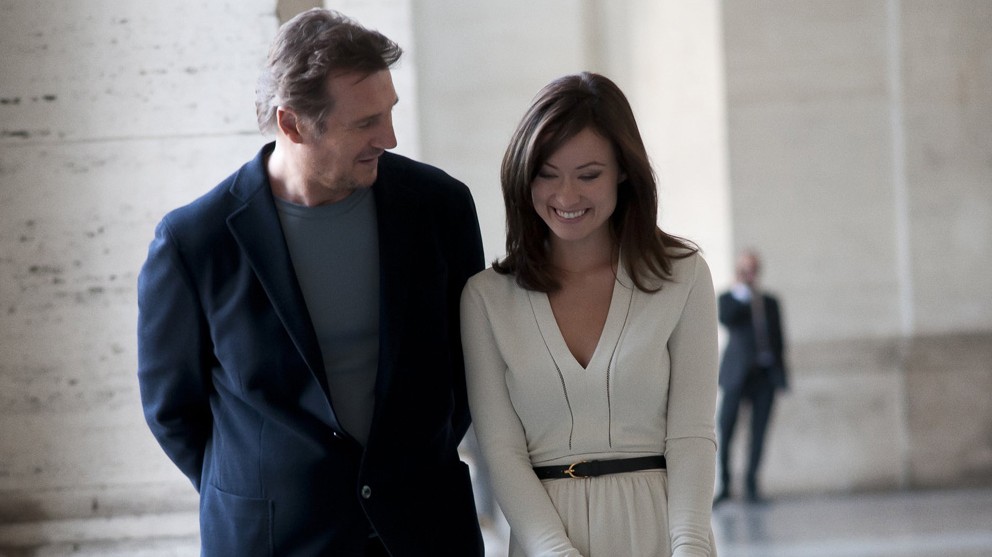 If you want to start a knife fight with a film nerd, casually suggest that Crash 100 percent deserved its Best Picture Oscar for its profound examination of contemporary race relations. (Personally, I think Avenue Q did a better job in a fraction of the time with “Everybody’s a Little Bit Racist.”) But the fact remains that Crash won, earning an oddly eternal notoriety and giving us the strange, frustrating filmography of Paul Haggis. As much as the word auteur means anything these days, like it or not, it applies to Haggis: Only Paul Haggis could make a Paul Haggis film.

You can tell them by the relentless heaviness of the hand tweaking your expectations: In the words of Spinal Tap’s Nigel Tufnel, Paul Haggis’s drama goes “to eleven.” It’s not that Haggis’s films are incompetent; it takes genuine skill to be that consistently blatant. He knows all the buttons and pushes them with reckless abandon, apparently guided by the belief that in excess veritas. Haggis briefly flirted with the thriller genre in The Next Three Days. But he’s back to his old tricks in Third Person, a meta-film that L.A. Weekly’s Amy Nicholson likened to “walking in on Laurence Olivier in the bathroom.” But what are those tricks? As a public service, we watched Third Person to deconstruct the multiple-Oscar-winning formula and discover what gives a Paul Haggis film that special Crash-y feel of firm, gleeful manipulation.

Write What You Know

Some people hear this ubiquitous writer’s maxim and try to interpret it so as to justify their script about time-traveling vampires. Paul Haggis doesn’t get hung up on such technicalities; he embraces it viscerally and literally. Crash famously came about because Haggis was carjacked, which caused his white-guilt circuits to overload.  Third Person, which is centrally concerned with a prize-winning writer having an affair, came about (as Haggis candidly admits) because he is a prize-winning filmmaker who had an affair. See how easy it is? Stop fretting about making your heist movie as accurate as possible and go rob a bank. Or maybe you still believe that Paul Thomas Anderson didn’t beat someone to death with a bowling pin for There Will Be Blood.

Perhaps the most amazing thing about Paul Haggis is that he never fails to assemble an A-list cast. Never. And we’re talking phenomenal, undervalued, truly gifted actors: people about whom you say, “I’d watch them read a phone book,” and then instantly regret those words. The Next Three Days was all Russell Crowe; In the Valley of Elah had both Tommy Lee Jones and Susan Sarandon. Even the Crash ensemble looks only stronger in retrospect: Don Cheadle, Michael Peña, Terrence Howard — and America’s Sweetheart Sandra Bullock. Likewise, The Third Person stacks the deck against us discerning its dramatic implausibility by using great actors: Liam Neeson, Adrien Brody, Mila Kunis, Olivia Wilde. Heck, he throws Kim Basinger in the mix, just because. And to their credit, everyone acts their hearts out, bringing all their formidable talent to bear on Haggis’s script. To quote Jack Nicholson’s Joker: How does he get those wonderful toys?!

Here’s a theory: He lets them scream. Deep inside even the best actor lurks a dark beast who doesn’t care about the restraints imposed by narrative coherence and emotional logic. That beast wants to let loose like Ronaldo sprinting across the field to crush Team USA’s naive hopes; and invariably, any given Haggis film offers myriad opportunities to implode your face. In Crash, it was Thandie Newton shrieking as her racist sexual assaulter, Matt Dillon, saves her from the aforementioned burning car. In Third Person, negligent mother Mila Kunis gets to go thermonuclear as her estranged ex (James Franco) drags her literally kicking and screaming away from her little boy. Taken out of context, you could mistake it for one of those Oscar clips they show to announce the nominee. Unfortunately, watching Third Person gives you plenty of context.

Make Every Line a Retort

Of course, thespians do not live on tears alone. If high-pitched crying is the artery-clogging fat in an actor’s diet, then quips are the waistline-defeating carbs. Sure, the sharp dialogue in a Tarantino film transforms a scene into decadent pastry. But unless you’re Edward Albee, relying on comebacks for comebacks’ sake makes your characters seem like needless pricks. In Crash, Haggis succeeded because he gave voice to all those dirty thoughts that political correctness had locked in the basement of the American psyche.

However, Third Person’s characters come off, per the New York Times’s Stephen Holden, as “shallow, selfish nincompoops.” Even Liam Neeson drains his reservoir of goodwill by sniping at a concierge who doesn’t understand an inside joke over the phone: “I guess humor doesn’t travel more than one floor.” But treating a screenplay like an anthology of snap jokes sacrifices a certain plausibility that grounds the dramas that contain actual insight: In reality, 80 percent of the needlessly aggressive dialogue in Third Person would get you punched, or divorced, or both. Yes, being too clever by half is a crutch that works as often as it flops in film and television, but mocking the staff just makes the audience hope they piss in your soup.

From its opening shot, Third Person dives right in. Liam Neeson broods like a 21st-century Hemingway over his laptop, a bottle of red wine and a mountain of cigarette butts at his side. Adrien Brody’s American abroad is a boorish simpleton. Women (unlike men, I guess) can “deny any reality.” When something dramatic happens, it’s color-coded — white, which means “belief,” as Neeson helpfully informs us. A mother, when left alone by her successful, career-oriented painter husband, will lash out by willfully harming her own child. Cliché comes so hard and so fast in Third Person that you’re almost beaten into submission: When Neeson reaches artistic and emotional catharsis on the cobbled streets of Rome, you almost forget that’s the exact fantasy that floods the Eternal City with drunk American college students at the start of every semester.

And Don’t Forget the Insane Twist

Haggis’s films are known for preposterous coincidences and blatant artifice; making the audience think it’s all part of the game hides the manipulation.  And imperative in constructing an interwoven narrative is the promise of a fortune cookie at the end. But, for Haggis, a reveal can’t just jump the shark, it must launch a great white into orbit. With Crash, the ironic reversals inflicted on each character according to their prejudice justified dancing them around like sock puppets. But Third Person’s twists put Crash (and, frankly, Colombian telenovelas) to shame.

I don’t want to spoil Third Person’s egregious plot turns for you should you choose to subject yourself to the film, but suffice it to say, Haggis isn’t satisfied with the daddy issues implicit in Olivia Wilde’s affair with Liam Neeson. Haggis yanks our chain with the suspicion that Wilde is two-timing even Neeson, then wraps it around our necks. The shocking truth is meant to elicit a stunned gasp, though stomach-churning laughter is its more likely effect: Paul Haggis doesn’t so much gild his lilies as dunk them in molten lead. As for the film’s ultimate reveal, it’s telegraphed so far in advance that even the trailer gives it away.  No, it’s not that Bruce Willis was dead the whole time, but you’re close. And this may be the ultimate lesson from the Paul Haggis school of dramaturgy. Why trust in the subtle power of nuanced observations about the human condition when you can pull a rabbit out of your hat and guarantee that someone, somewhere will applaud?