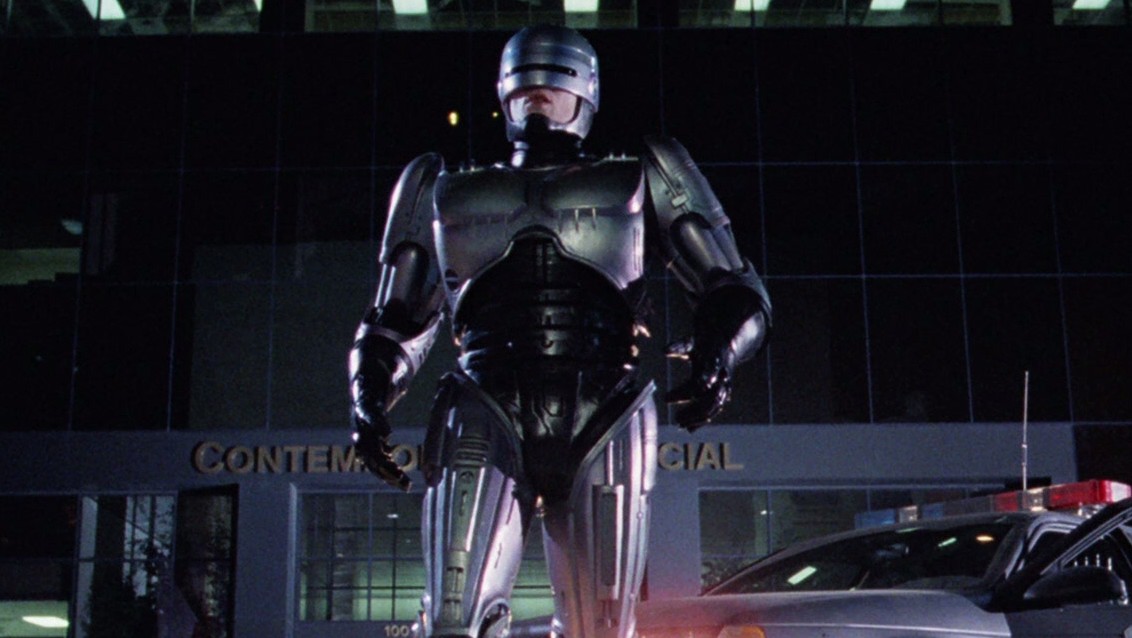 More than a year after crowd-sourcing raised $67,436 on Kickstarter (on a $50,000 goal), Detroit’s 10-foot bronze monument to RoboCop is being unveiled. It’s part of an entire RoboCop Day in the city, which comes in tandem with the DVD release of the not-bad RoboCop remake — although the statue is definitively modeled after Paul Verhoeven’s 1987 badass.

“The effort to build a Robocop statue in Detroit, led by the arts-focused nonprofit Imagination Station, began about three years ago,” writes Michigan’s Mlive.com, “when a Massachusetts resident posted a Twitter message to Detroit Mayor Dave Bing, saying that ‘Philadelphia has a statue of Rocky & Robocop would kick Rocky’s butt. He’s a GREAT ambassador for Detroit.'” Bing responded: “There are not any plans to erect a statue to Robocop. Thank you for the suggestion.” There were plans, but they were happening without him, on the Internet.

The monument dedication will take place today at the Detroit Police Department and Public Safety Headquarters. (If you’re at this ceremony, I need you to directly tweet me everything any city employee says about this fictional robotic police officer, please.) Later in the day there’ll be photo opportunities, a “RoboCop and Detroit Police Department departure to protect the city of Detroit,” and a first pitch from RoboCop at tonight’s Tigers/Blue Jays game at Comerica Park. After the busy day, RoboCop will retire to a still-to-be-determined location in Detroit. Probably because someone’s secretly putting together another Kickstarter, one that’ll give the statue actual powers of motion and civilian protection. We’re close.

Update: A press release from Fox (the RoboCop movie studio) announces that, while tonight’s opening pitch is still happening, RoboCop’s “prime directives have changed and today’s scheduled presentation and statue announcement at the Detroit Police Department has been cancelled. We know that fans have been eagerly awaiting news on the effigy honoring one of Detroit’s finest and we look forward to sharing those details in the near future.”

Also, from the RoboCop statue’s Kickstarter page: “To be clear: the RoboCop statue is still on track to be finished later this year, and is still in the hands of Giorgio Gikas at Venus Bronze Works in Detroit, but news reports about it being unveiled today are incorrect.”