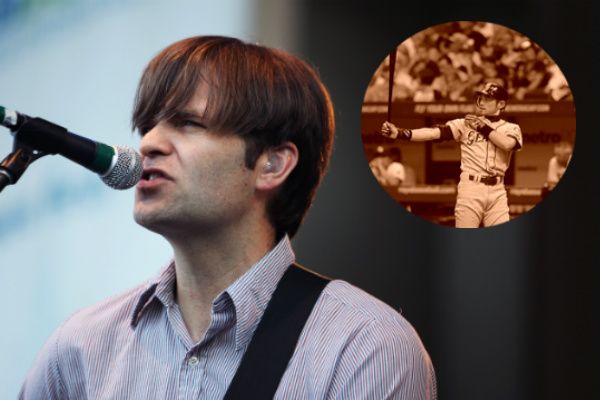 Yesterday I was talking to a dude and he checked his phone and went, “Oh, man, Ichiro got traded to the Yankees,” and I took a second to collect myself and try to think of a response that didn’t immediately out me as a baseball dunce and all I could think of was “Is he, like, not as good anymore?” My point is, you can be like me and not know anything about baseball the Japanese professional baseball right fielder for the New York Yankees of Major League Baseball” and you can still enjoy this Ben Gibbard song, “Ichiro’s Theme.”

Gibbard, the front man for Death Cab For Cutie, is gearing up to release a solo album called Former Lives which is made up of spare tracks recorded over the last eight years. The album drops October 16th, and it’ll be followed by a solo tour. “Ichiro’s Theme” isn’t on the album, but was released to commemorate the dude’s 12-year run with the Mariners. Gibbard explains, “I wrote this a few years ago. Today seems like the best day to let you all hear it. Thank you, Ichiro.”

That is a thoroughly silly and undeniably catchy little number! Now what are the chances Gibbard has one like that stashed away about his ex Zooey Deschanel? “Go go go Jess from New Girl / you had my heart wrapped up quick / how long are they going to draw it out before you end up with Nick,” etc.