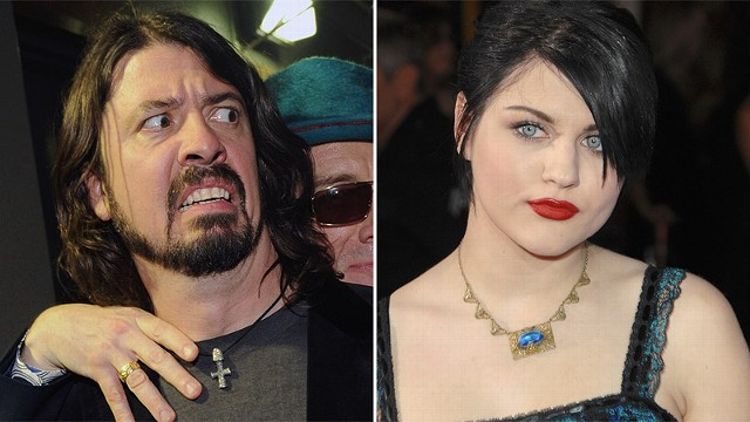 Earlier this week, multi-hyphenate harridan Courtney Love embarked upon one of the once-infamous Twitter jags that forced her from a public account to a private one (@cbabymichelle, where her typo-riddled, stream-of-consciousness twirades were ostensibly safe from blogger approbation, haha) to accuse longtime blood-nemesis Dave Grohl of trying to sleep with Frances Bean Cobain, her 19-year-old daughter with, uh, you know who. Shortly after those protected tweets were released into the wild and met with the appropriate levels of disbelieving queasiness, Grohl’s publicists denied the accusations. “Ah, but that’s what publicists do!” you say, momentarily drawn in by the irresistible force of this Love-conjured shit-whirlwind. Fortunately for everyone involved, Frances Bean Cobain had her people issue a statement to smother the rumor in its Twitter crib, as the Observer shares:

While I’m generally silent on the affairs of my biological mother, her recent tirade has taken a gross turn. I have never been approached by Dave Grohl in more than a platonic way. I’m in a monogamous relationship and very happy.

“Biological mother.” That one’s going to sting. But while we’re glad Cobain cleared this up once and for all, we cannot in any way support a Courtney Love ban. Yes, the specifics of this incident were unfortunate for Grohl (and for anyone who found their Twitter timelines/RSS feeds/Pinterest vision-boards momentarily clogged by this nonsense); it’s just way too fun to imagine Love screaming “Siri, TWEET THAT MOTHERFUCKER to keep HIS GROSS-ASS PENIS away from MY BABY BEAN or I will CHAINSAW IT OFF!!!” into an iPhone she’s beating with both fists, then angrily depositing it in the garbage disposal when Siri responds with a map to the nearest Home Depot.

And with that thought, we bring Aging ’90s Rocker Might Be Having Sex With Much Younger, Precocious Famous Person Week to a close. Happy Friday, everyone.

Girls: And It's Chill to Hear Them Talk