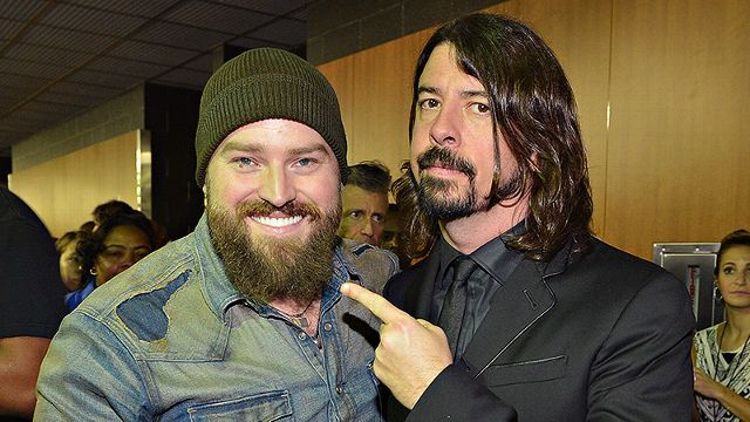 The War on Drugs, “Red Eyes”

The new album by vision-quest-y Philadelphia band the War on Drugs is among my two or three most anticipated records of 2014. It is called Lost in the Dream, and as of this writing I’ve listened to it all the way through once. By the time this appears online, I will (probably) have listened to it 10 more times. I’ll have more to say when Dream is released in March, but for now: I really like it. It’s the kind of wide-screen rock record I wish Arcade Fire was still interested in making. Definitely less lush than 2011’s Slave Ambient, but still plenty dreamy and very roomy. Sort of reminds me of Roxy Music’s Avalon as performed by Tom Petty and the Heartbreakers, but again, I’ve played it only once, so please excuse the potential (present?) ridiculousness of this statement. The album’s first single, “Red Eyes,” is the most rousing fist-pumper in the bunch, and while it’s not wholly representative of what the record sounds like, it sets the right exploratory mood. I’ve already played it 31 times.

Zac Brown Band With Dave Grohl, “Day for the Dead”

Remember when Dave Grohl randomly showed up at last month’s CMAs to jam on a new Zac Brown Band song? Well, Grohl’s insane yet somehow near-accomplished scheme to play with every single musician on the planet has led to ZBB’s new EP, The Grohl Sessions Vol. 1, due out next week. By this time next month, I fully expect to be writing about new Grohl collaborations with Macklemore and/or Gloria Estefan and/or the Minute by Minute lineup of the Doobie Brothers. I am already excited about this.

My best (favorite) albums of 2013 list won’t go up for another few weeks, which feels like May 2015 in EOY-list time. But I’m already thinking ahead to next year, thanks to a wealth of promos for Q1 2014 releases that arrived in the mail. One of the early standouts is Strong Feelings, the third record by sleepy-voiced Canadian country-folk singer Doug Paisley. (No relation to Brad.) The record comes out in January, and it’s definitely a January record, especially if you live in a cold place — these are songs designed for hibernating inside your own headspace for a while. “Song My Love Can Sing” is one of five tracks that feature the deeply reassuring tones of Garth Hudson’s organ, the finest substitute for sunshine mankind has yet to devise.

You Blew It!, “Award of the Year Award”

If Strong Feelings is presently my “inside” record of choice, You Blew It!’s forthcoming sophomore LP, Keep Doing What You’re Doing, is my “outside” record. By “outside,” I mean “the inside of my car,” which is an ideal place to play this album very, very loudly. The Orlando-based quintet has been grouped into the so-called “emo revival” by virtue of its record label (the scene-dominating Top Shelf Records) and its influences (primarily underground progenitors of melodic ’90s punk like Cap’n Jazz and the Get Up Kids). But forget the reference points — you don’t need to pore over obscure 7-inches for hours to appreciate You Blew It!’s catchy, full-bodied car-stereo rock anthems.

I’ll make this easy for you: The only part of Boston’s first studio album in 11 years, Life, Love & Hope, that you need to hear occurs in the first six seconds of the first track, “Heaven on Earth.” It’s the sound of Tom Scholz playing a highly Scholz-ian guitar riff – which in the realm of rock sounds is pretty damn close to perfect. Once vocalist David Victor enters the picture, feel free to move on. But that six seconds is pretty great — it’s the only thing on Life, Love & Hope that’s reminiscent of Boston’s self-titled 1976 debut, the Pet Sounds of arena rock, and it got me really excited for about a tenth of a minute that this new record might inexplicably signal a return to form. Suffice it to say that my hopes were annihilated soon afterward. Still, if Scholz is still capable of a half dozen awesome seconds, maybe he can deliver a full minute of greatness by 2025 or so.

Soundgarden, “Nothing to Say”

Call Me Lightning, “Now We Have Begun”

If you read “The Winners’ History of Rock and Roll,” you might remember my enthusiastic endorsement of Milwaukee band Call Me Lightning and its excellent 2010 LP, When I Am Gone My Blood Will Be Free, which I described as sounding like “the Who if Steve Albini had produced Who’s Next.” Well, Call Me Lightning has a new record coming out next month — it’s called Human Hell, and since I’m already locked into this analogy, let’s say it’s the band’s darker, more introspective Who by Numbers (sans any kind of “Squeeze Box” equivalent). “Now We’ve Begun” is indicative of the record’s lyrical sadness and musical “let’s conquer who the whole bloody fucking world” uplift.

Trigger Hippy, “Heartache on the Line”

I tend not to keep close tabs on the onslaught of collector-bait unleashed on Record Store Day. The exception from the most recent Black Friday installment was the debut self-titled EP by Trigger Hippy, a soul-tinged Southern-rock band with a great pedigree. (The lineup includes singer Joan Osborne, Black Crowes drummer Steve Gorman, and guitarist Jackie Greene.) The slow-burn sexiness of “Heartache on the Line” is what drew me in, though the rest of the record mines funkier, harder-rocking territory that ought to really blossom when this band hits the road next year.

Good band, though I’d like them even more if they were called the Fulleyeing Bareetoe Brathurs.

Gloom Balloon is a solo project for Patrick “Tape” Fleming of the tremendous (and tremendously underrated) Iowa indie-rock band the Poison Control Center. At the head of PCC, Fleming is one of the most energetic frontmen in rock, excitedly jumping into the audience with his guitar raging and his legs kicked out like late-’90s Cheri Oteri. But as Gloom Balloon, he fosters a more insular, bedroom-pop side. His full-length debut under the moniker, You Make Me Feel Like a Natural Disaster/Fix the Sunshine Pts. 1-7 (An Ode to Bill Doss), pays tribute to the late founding member of ’90s psych-rock legends Olivia Tremor Control. “Summer Buzz and Summer Fervor” is one of the album’s most direct statements, dutifully delivering 82 seconds of lysergic melodicism.

Filed Under: Dave Grohl, Music, Songs of the Week

Q&A: The Black Lips' Jared Swilley on the Band's Middle Eastern Tour Doc, Their Wild Reputation, and How Metallica Stole Their Antarctica Idea