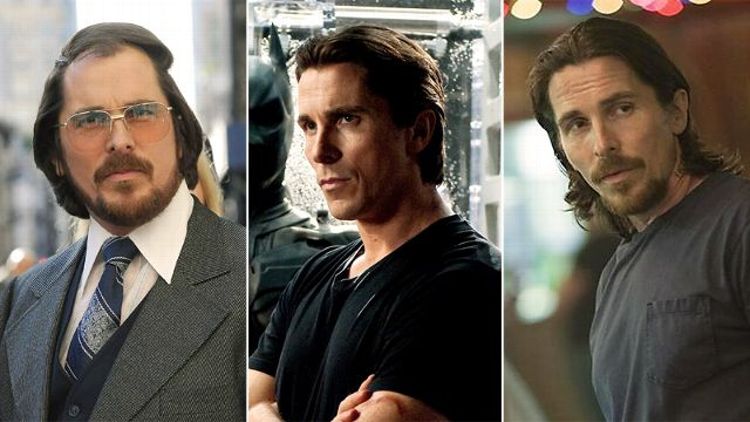 “What do you hope to do next?”

“I don’t know. I want to do another film. Definitely.”

What a nice young man. That is a 13-year-old Christian Bale talking with Gene Shalit in 1987, carving a career path with good cheer. In his first-ever television interview, he sat before the Muppet-haired maestro of movie puns and calmly mapped his course. This is the due diligence of an ascendant movie star. Handpicked by Steven Spielberg to star in an epic adaptation of J.G. Ballard’s Empire of the Sun, the Wales-born Bale is preternaturally poised in the film and also in his conversation with Shalit. With Bale hardly out of the eighth grade, we can watch him become a famous person in real time. By the end of the interview, he has decided to candidly reveal that he did not like visiting China (“They live in shacks”) and that Spielberg, somewhat creepily, has a “games room” in his office. He’s a child, and yet grown. He’s never not smiling, but he’s not nervous. He charms. This isn’t the Christian Bale we know.

The Bale we know exists in an unusual — you could say sui generis — strata of Hollywood actor: He is a massive movie star and a Method hermit, a superhero and an Oscar winner, an inescapable performer and a sphinx. What he’s not is an actor we think about and anticipate. To paint a broad stroke, people do not go to the movies to see Christian Bale. And yet, he is among the most prolific — 18 films in the last 10 years — and successful above-the-title movie actors of his generation. He is the only under-40 male actor whose movies have crossed the $2 billion threshold without appearing beside a Transformer, on the Titanic, or in a Quidditch match. He is ubiquitous and invisible. This winter is Bale’s time yet again, as he top-lines two new movies, the Appalachian man-fight drama Out of the Furnace and next week’s con-man saga American Hustle. It ought to be the dawning of yet another Bale epoch.

But Bale seals off from the world, and from himself. He does so by eradicating 60 pounds to portray Trevor Reznick in 2004’s The Machinist or turning into a power-suited nuclear power plant in 2000’s American Psycho. In Christopher Nolan’s Batman trilogy, Bale didn’t just wear the cape and cowl, he dropped his vocal register and growled like an insolent tiger. In The Fighter, for which he won an Academy Award, he turns the reedy, mad-eyed Dicky Eklund into a pleading bag of bones. He’s a pair of gnomic twins in The Prestige, a hollowed-out POW in Rescue Dawn, a stolid folkie in I’m Not There. He wears a hairpiece that looks like a wrung-out raccoon skin cap and an engorged beer gut in American Hustle. These transformations go on and on. Bale is an incredible performer — “chameleonic” is too pat. Because though he is unshy about drawing attention to his “choices,” he also knows that being good is bigger than gimmickry, though the gimmickry won’t hurt. Bale doesn’t exactly belong to the sedulous tradition of Method actors who’ve come before him. He isn’t Sean Penn, a vain and rigidly self-serious guy who would sooner drink from a rain gutter than appear in a superhero movie. He isn’t Daniel Day-Lewis either, who is noncommercial in his choices, but more bemused, like an insanely talented wood nymph wandering from tree branch to enchanted tree branch. He also isn’t anything like Joaquin Phoenix, his closest contemporary and an actor who seems to (delightfully) make choices based on how many people will link to photos of him looking like a fruitcake. He’s just a vessel. A very successful vessel.

The thing Bale is best known for other than his performances is hisinfamous, surreptitiously recorded rant directed at Shane Hurlbut, the director of photography on Terminator: Salvation. “Oh, goooood foooor yoooou,” Bale howled at Hurlbut after a disagreement, launching several dozen parodies and dance remixes in the process. It was a nightmare for Bale, an explosive outburst on an embarrassing project for a lousy reason: Hurlbut insisted on walking through the scene and adjusting the lighting after Bale had asked him not to. Bale hates to be interviewed, which we know because it is often the pretense of most of the interviews and profiles of Bale, almost strictly delivered in Q&A form. Repeatedly being asked about the outburst was unpleasant for him, if not ultimately a bad thing. He apologized on L.A.’s KROQ with some lighthearted dignity. He handled all those interviews well, and in doing so managed to draw attention away from the flaming cinematic wreck of Terminator: Salvation. Also, I suspect, many people have stopped fucking with Bale when he’s working. There was one more takeaway from the rant. From Andrew Corsello’s 2009 GQ interview with Bale:

Save for a few British inflections in those four minutes of sustained screaming, the Rant occurred in your Americanized John Connor accent. Did you use that voice off-camera throughout filming?

I do that because I’m just not very good at switching between two voices. If I had the talent to turn it on and off on cue, I would. But I don’t, so I have to maintain. Otherwise I’m aware that I’m “doing an accent” whenever I’m filming, instead of just speaking.

There’s a lot that is unknowable about Bale, by design. Perhaps it’s because even he forgets who he is sometimes. When he becomes enraged during filming, he can’t break his own spell. It’s a fascinating insight into one of Bale’s strangest tics: I don’t think he really knows how he’s supposed to sound anymore. The native voice is gone. Bale was born in Wales, but attended school in England’s Dorset; he lived in Portugal for a spell with his South African father and English mother, a circus performer. He has lived in Los Angeles for more than 20 years. He has traveled the world 10 times over. How should a person who has lived like that sound? His is a confusing tongue, ever changing onscreen and off. Quiet and loud, brassy and whiny, effulgent and fulsome. When he bound onstage after winning the Oscar for Best Supporting Actor in 2010, that cheery little boy who sat across Gene Shalit reappeared, only his accent had turned Cockney. “Bloody hell!” he cries and then rollicks into an ambling speech, like he’d been sitting in a dark pub waiting for someone to sit beside him. He cheekily acknowledged the infamous rant in that speech, and maybe won back some humility that he didn’t need in the first place. Who was that? I remember thinking.

There’s another Bale: the cult figure who won’t acknowledge his status. Though he is Batman in the most fully realized adaptation of the character, that isn’t the base of his most fervid cult. By the time he was 18, he’d appeared in two massive flops that would engender a small but overheated enthusiasm. In 1992, he was Jack Kelly, the gravel-voiced leader of the 1899 newsboy strike in Newsies. The movie was directed by eventual High School Musical guru Kenny Ortega and it is irrefutably silly. Bale seems to know this. But on its 20-year anniversary last year, there was a series of fond remembrances including one at Thought Catalog subtly titled “Christian Bale, Why Do You Hate Newsies?” Some context: Here is Bale railing against William Randolph Heart and Joseph Pulitzer on behalf of all newspaper boys and their coalescing union on “The World Will Know.” Hard to believe he doesn’t love this movie. One year later, he credibly swing danced in a three-piece suit in Swing Kids, the more acclaimed, if less celebrated, movie. When pressed to relive those days in an interview for The Fighter in 2010, he demurred, but did offer this special moment.

Two years ago, Bill Simmons classified Bale as one of 24 legitimate male movie stars in the world. In February, Grantland contributor Mark Harris asked “Can the definition of movie star be broadened so generously that it includes Bale and [James] Franco, Phoenix and [Jeremy] Renner, or are they just, you know, good actors?” This week Scott Cooper, director of Out of the Furnace, called Bale “the best actor of my generation.” Cooper offered the part to Bale two years ago, telling him he was the only person with whom he would make the movie. When Bale declined, the film never went anywhere. It wasn’t until Bale heard this story months later that he changed his mind and signed on to appear as Russell Baze. Next he will transform again, into a bow-wielding Moses in Ridley Scott’s Exodus, a suitably daffy follow-up. Because Bale is a prophet and a fool. A clown and a killer. The best actor of his generation, and the best Batman of his generation. You’ll never forget him because you never saw him in the first place.