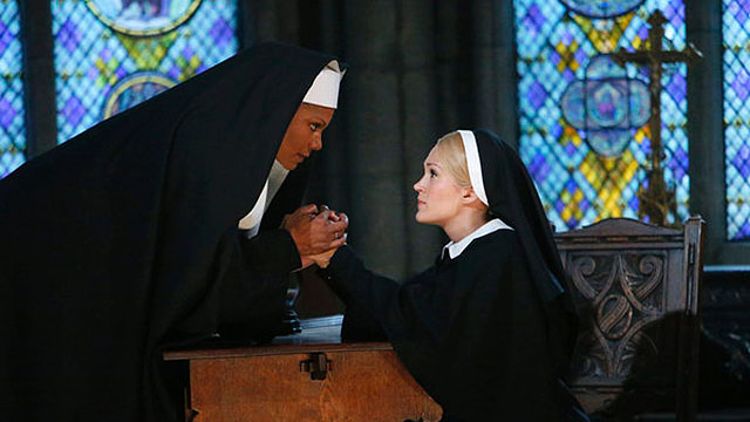 I didn’t want to watch NBC’s The Sound of Music Live! with Carrie Underwood as Maria last night. So I didn’t. Even though I had said earlier in the day I would write about it, once I learned about the passing of the most exemplary of humans, Nelson Mandela, it seemed like a pointless task to undertake.

As The Sound of Music Live! began that evening and tweets started flooding in about the performances, I continued to neglect my duty. Between reading and thinking about the man who’d spent longer in jail than I’d been alive, it became clear this Sound of Music review was somehow going to have to figure itself out later. Throw in a Knicks/Nets game, one of the most entertainingly sad professional sporting events in recent memory, and I knew I was hours away from thinking about a doe being a female deer and drinking tea with jam and bread.

About eight hours later, I started looking for a stream, eventually securing one that infected my computer with only a midlevel virus. It was finally time to take in a production of my favorite artistic medium: the musical.

But watching a poorly buffering stream at JFK International Airport at 6:30 a.m. with a sausage, egg, and cheese panini taking permanent residence in your stomach is not the ideal state of affairs for such a joyous show. Instantly, this became a hate-watch.

Here’s the thing about America’s Sweetheart, Carrie Underwood. Her vocal chops are not to be questioned. She can sing her face off. Before watching the musical, I listened to a few snippets of the songs and she sounded phenomenal. As for the stage, I’ve seen her act and sing simultaneously, and was not disappointed. She’s hosted the Country Music Awards since 2008, so it’s clear she has the charisma to not only croon, but also act and carry a production. When it comes to the art of the skit, she can hold her own. If you need a bit razing Obamacare, she should be at the top of your list, because she’ll kill it. 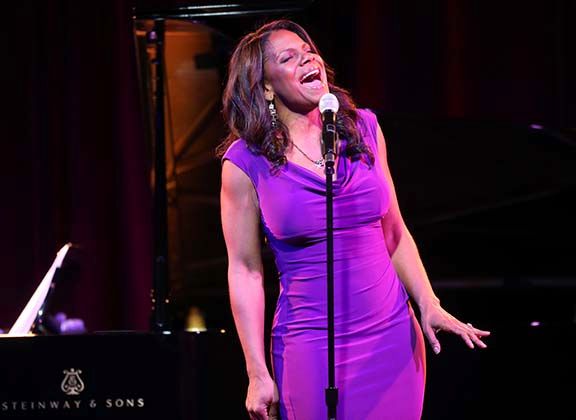 To say five-time Tony award winner Audra McDonald stole the show as Mother Abbess would be an understatement, but it’s also rude to describe any performance she has given or ever will give as a “steal.” A woman tied in a theater trophy race with Angela Lansbury doesn’t “steal” anything. She just is. And when she’s in her zone (alive, breathing, also sleeping), it’s imperative that everyone involved bring their A-plus, weighted-GPA above-4.0 game, or they’re going to get embarrassed.

That was the case with Underwood anytime she was onstage with Lady McDonald.

Thankfully for Carrie (and sadly for the viewer), that’s not often, because Mother Abbess is only in a handful of numbers. But those numbers are easily the high points of this live television experiment — such high points, in fact, that they validate the entire production’s existence.

Spending three hours watching Carrie Underwood sound like Carrie Underwood, giving Carrie Underwood–style “What is that off in the distance?” looks, is not fantastic television. But if it means you get to watch Audra McDonald in a habit singing “Climb Ev’ry Mountain” so powerfully you’re convinced she actually has climbed every mountain, it’s worth it.

It’s just not fair. Audra came through like Eminem on “Renegade,” because she knows no other way. She can’t wait on Carrie to catch up to her, but you can see in her eyes that she is trying to help.

Audra: “Come on, Carrie, you almost got it. Just sing and act. I know it’s hard, but you’ve got it. Lose yourself in the role. You aren’t Carrie Underwood anymore. You’re MARIA.”

If you’re trying to make Carrie look good as Maria, you don’t cast Audra as Mother Abbess. You’ve got to check Rita Ora’s availability or something. With that said, The Sound of Music Live! greatly benefited from McDonald’s presence, as has everything else she has done and will ever do, forever and ever, amen.

Cancel the Rest of Your Friday Plans: Christmas Cats TV Is On