Danish Punks Iceage Make the Leap With Their New Album, ‘Plowing Into the Field of Love’ 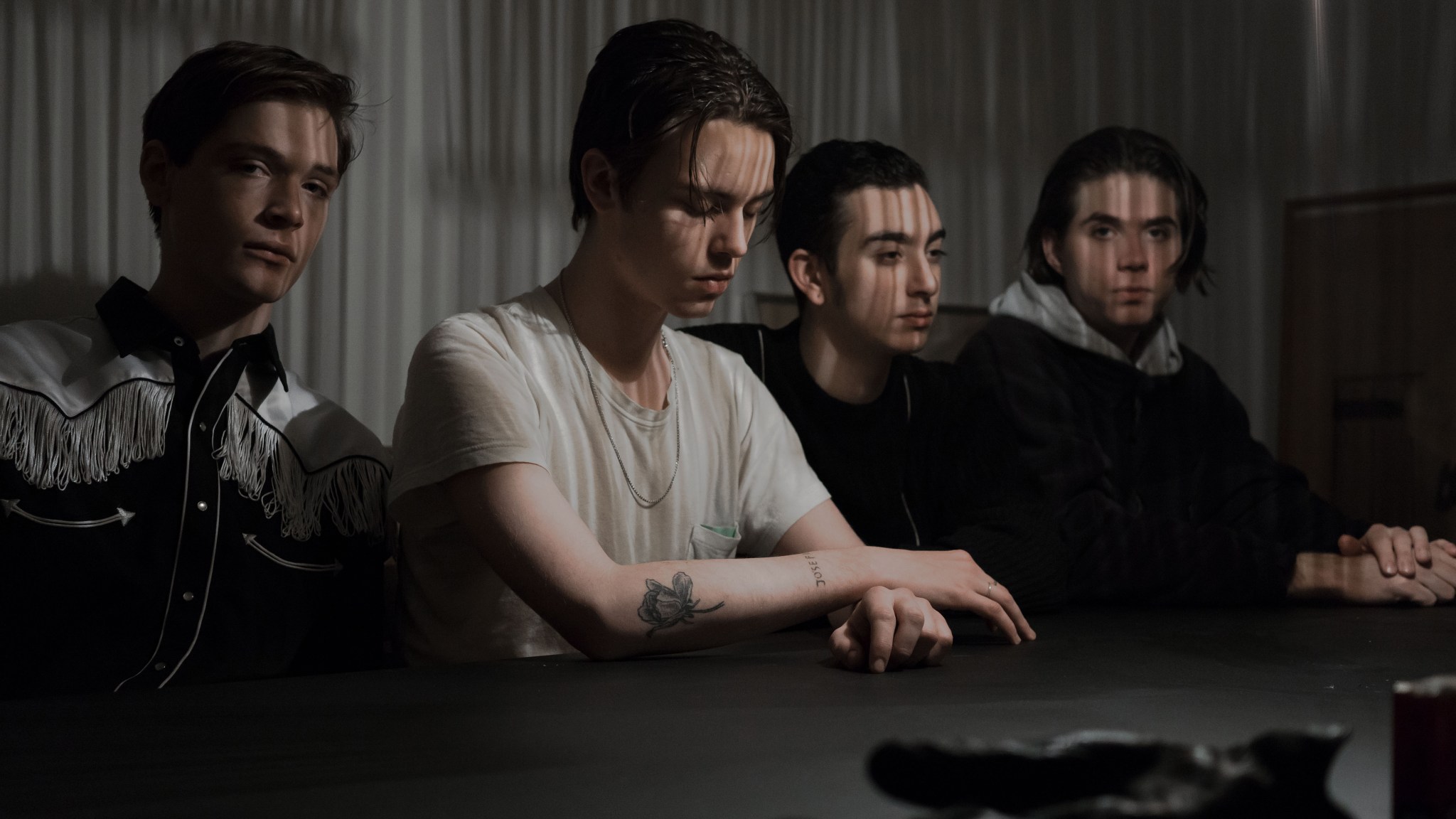 Insofar as the music industry can still generate narratives, Iceage has got a pretty good one. In 2011, it was a bunch of 20-year-old Danish kids who looked like they’d been plucked out of the crowd at a lower league soccer match, when it put out a record called New Brigade. A rubbed-raw spasm of hardcore punk mixed with the gothic shades of early New Wave, New Brigade resonated surprisingly with critics and audiences in the U.S. It also came along with some controversy: The video for that album’s lead single featured the band in hoods, burning things. A kid was seen sieg heil–ing at one of their shows. Group members had Burzum and Death in June tattoos. From there, the rumors spread: Members of Iceage were fascists, they were Nazi sympathizers, they sold knives at their shows.

Turned out that that last one was true. The first two were not — they were the byproduct of Scandinavian kids with a sub–grad school understanding of semiotics doing stupid shit that could be easily misconstrued, as well as being blamed for idiots in their audiences.

Bands this improbable and comet-like in their ascent tend to fizzle out, whether through self-sabotage or the bug-like attention spans of audiences and industry, but Iceage improbably soldiered on, presenting a more finessed version of itself with last year’s You’re Nothing. Where New Brigade had been fairly uncompromised punk, You’re Nothing was laced with the sound of thought: What if we slowed things down here? What if we enunciated the lyrics a bit? What if we put in a damn piano?

But You’re Nothing was still unmistakably a punk record, with vocals that could’ve been recorded inside a beer can and a deliberately speed-addled tempo to the guitar and drums. Also, people still thought they were fascists.

All of this makes it so strange, then, that, with its new album, Plowing Into the Field of Love, Iceage now looks like our best bet for a truly great rock band in the operatic, champagne-swilling, mean-mugging sense of the word. The first change is superficial: All of a sudden, the kids who once looked like extras from Green Street Hooligans have come to resemble Truffaut regulars.

In the video for the album’s lead single, “The Lord’s Favorite,” frontman Elias Bender Rønnenfelt — a striking doppelgänger for River Phoenix — swoons and vamps like a model, while other members of the band dance in combat boots and double-fist bottles of champagne. It looks like what Lars von Trier might do for fun.

The music has also diversified in shocking ways: “The Lord’s Favorite” sounds like a collaboration with Jerry Lee Lewis performed in the cargo hold of a nose-diving plane; “Forever” combines the menacing sexuality of Nick Cave with the existential obliteration of, what, Ingmar Bergman?; “Against the Moon” is a lovers’ ballad performed like it’s an audition for the next Jim Jarmusch movie; and “Plowing Into the Field of Love” is the kind of folk song that soundtracks a particularly violent gunfight.

All over, the bass presides with the forcefulness of a foreman, and the guitars, piano, and even strings (!) sweep and stutter. There’s an actual rhythm here, as well as a sense of the dynamic; the anger of past albums has been replaced by a swaggering versatility. Rønnenfelt holds everything together, but not in the way that a pop singer does — he weaves his way across melodies and verses, howling and spitting come-ons while bemoaning the existence of the world.

Rønnenfelt told Pitchfork that the band wanted to make this record more frontman-oriented, compared to the interchangeable teenagers with shitty haircuts that they used to be. It’s a rock-and-roll move: No longer are the lyrics and singing submerged inscrutably; instead, they function with the berserker confidence of that first move after last call, when the night’s been reset. That being said, the confidence expressed here isn’t an optimistic one: Rønnenfelt’s first words on the album are “They try to feed me / in times of hunger / but I refuse / their generous hands,” and on “How Many,” he sings, “How many more days of disorder / of drunkenly raving around / I’ve been sleeping down here among minions / that carelessness scattered about.” While the band still sports its uniquely Scandinavian darkness, the kind that drove Hamsun and Kierkegaard, it’s presented in such a charismatic way that the album never feels like a bummer.

And that might be the key to why Plowing Into the Field of Love is so exciting. Iceage’s punk roots give its music a savagery, a need to exist. There’s ambition here, a desire to be great, that’s so lacking from contemporary rock and roll. And coming from a punk/hardcore origin helps — that move has precedent, from the Replacements and the Clash to Fucked Up. Nothing’s wrong with being punk or hardcore — in fact, there’s plenty right with it — but these days, the chance of reaching a wide audience from that lane is next to nil. Plowing Into the Field of Love is its bid for a stage.

Apart from the overall aesthetic, Rønnenfelt’s fantastic lyrics, which are operatic and mystical and sort of insane, also separate Iceage, particularly from the hyperrealist post-emo of Joyce Manor, the Hotelier, and their ilk, the groups that are otherwise making the most worthwhile guitar music of 2014. Along with Cymbals Eat Guitars, Iceage has joined the rarefied company of Titus Andronicus and Japandroids as bands playing expansive, big-eyed rock and roll without embarrassment or self-effacement. Hopefully, it will soon have more company, even if we’re well past the point where there’s any real mainstream for it to break into.

Is Netflix Trying to Kill the Movie Theater Once and for All With ‘Crouching Tiger, Hidden Dragon 2’?