Dan Harmon on Donald Glover: ‘We’re Gonna Make Eye Contact With the Tragedy That Is His Departure’ 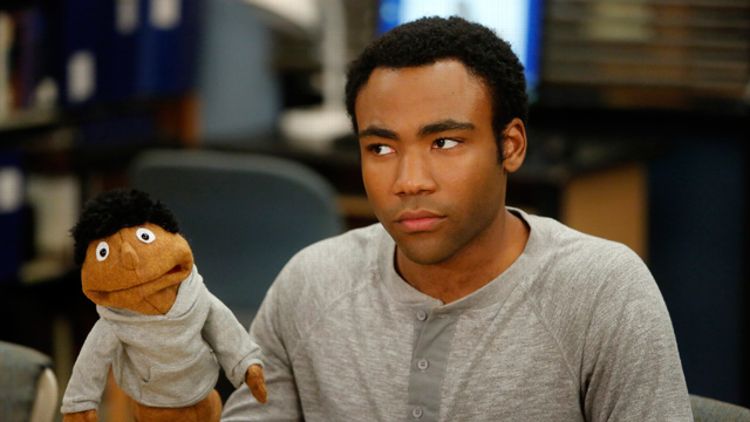 In all the excitement over Dan Harmon’s unlikely return to Community (plus the fact that Community still exists at all), it’s been easy to overlook a couple of unhappy truths: the continued absence of Chevy Chase, and the semi-absence of Donald Glover. You’d think the first one would be a breeze to work past, but that’s not totally true. Yeah, in terms of, like, a guy you wanna grab a Crunchwrap Supreme with, Chase’s character Pierce Hawthorne won’t be missed. In terms of providing friction within the group dynamics, though, he was a worthy and oft-utilized tool. Meanwhile, Glover’s partial absence (he’s leaving the season early to concentrate on music)? Yeah, that one just hurts.

Speaking with TVLine (via Splitsider), Harmon explains his emotions at Comic-Con:

It’s devastating, the idea. It’s heart-wrenching. He has my absolute full support doing whatever he wants to do. He’s one of the most intimidatingly talented people I’ve ever had the pleasure of writing words for. [Losing] Troy is like the left arm being removed from your body. … You have to acknowledge it and handle it. … We’re gonna charge in, we’re gonna make eye contact with the tragedy that is his departure, and we’re gonna turn it into a story and we’re gonna feel the feels and laugh the laughs and deal with it.

As for whether Chase or Glover will be replaced with a specific new regular character, Harmon’s not exactly saying. But the basic facts are this: “‘Has the dynamic in the cast completely changed? … Does something need to be done to offset that?’ The answer is absolutely yes.” Now Harmon will be working to figure that out with an eye, believe it or not, on a sixth season pickup. Because even if the rest of the study group falls by the wayside … even if the school board shuts down Greendale … even if the concept of televised entertainment ceases to exist … Six seasons and a movie! Six seasons and a movie!