Holidays From Hell: The ‘Vacation’ Movies Now and Then 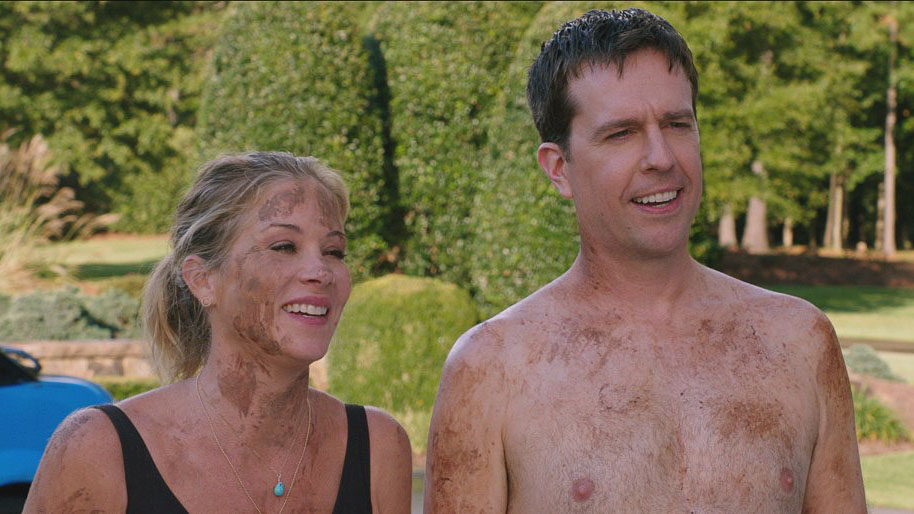 You can’t do much worse at the movies than Vacation. That’s not only because one of the most soulful movies about writers (The End of the Tour, with Jason Segel and Jesse Eisenberg) opened last week or because one of the year’s best documentaries (Joshua Oppenheimer’s The Look of Silence) might be playing somewhere near you. I’ve written about both, and my enthusiasm hasn’t changed. Even Ant-Man and the new Mission: Impossible are fun. Vacation’s not. It’s a rebooting of the National Lampoon series that started in 1983, in which Chevy Chase’s Clark Griswold tied his Aunt Edna’s dog to the rear of his station wagon and absentmindedly drove off. That’s this new Vacation: empty leash, tortured dog.

This is one of those comedies that thinks gross is funny because it’s gross. It copies the original’s postcard format for the opening titles, except here the framing around the idyllic photos is pulled back to reveal boogers, a fishhook in someone’s hair, projectile vomit, and a bath in raw sewage. An ATV obliterates a cow, covering someone in viscera, which a different cow is all too happy to lap up. That’s the level the movie is working on.

Ed Helms is in Chase’s hapless-dad part playing Rusty Griswold, Clark’s son, who in the original was played by Anthony Michael Hall, bolting out of the holding pen of pubescence. This Rusty works as a pilot for a cheapo carrier. He’s got a dry, dweeby personality that this movie holds up as an attraction. (How Hall turns into Helms is a social and genetic mystery. Even Jason Lively, who played Rusty in the 1985 sequel, was a stretch.) Rusty’s wife, Debbie (Christina Applegate), longs to go to Paris, like their perfect pals the Petersons (Keegan-Michael Key and Regina Hall). But Rusty’s limp imagination can only conjure an alternative trip to Walley World, the destination of the cursed journey in the first movie. Debbie’s like, “Whatever.” (So is Applegate, whose unbridled exasperation feels, sadly, like some of the easiest comedy she’s done. Helms has his virtues. Keeping up with her isn’t one of them.) But Debbie and their two sons (Skyler Gisondo, Steele Stebbins) pile into their incompetently built Albanian hybrid rental. There are two gas tanks, the charging plug won’t retract, and perks normally on the interior are on the outside. It’s a dumbcar. The glove compartment bears a CB radio, which the younger, vulgar son uses to ask whether all truckers are rapists, a non-joke that justifies the motif of a tractor trailer remaining on their tail for most of the trip.

The drive leads to places like Debbie’s alma mater in Memphis, where she drunkenly tries to reclaim her crown as a slutty party girl, and to the Plano, Texas, estate of Rusty’s sister, Audrey (Leslie Mann), and her lusty conservative husband, Stone (Chris Hemsworth). The movie has one good casting idea, and Hemsworth is it. He straps on some kind of Southern accent, wears Farrah Fawcett–adjacent hair, and appears to be enjoying all the zero-gravity comedy. But once he parades before Rusty and Debbie in nothing but a pair of boxer briefs that barely hides a serpent of a penis, it’s obvious the movie reached its limit on gags for him.

That scene is as bad as any that involved Christie Brinkley coming on to Chase in the original, except that back then Brinkley was one of the biggest models in the world and she was in on the joke about the fantasy she represented. Who knows what joke Hemsworth is supposed to be telling. Vacation 2015 was written and directed by John Francis Daley and Jonathan Goldstein, who also typed up the first Horrible Bosses together and are working on the next Spider-Man. This current movie has no excuse for itself. There’s nothing guiding it. The few good ideas have nothing to do with the adventure at hand, like when Clark and Debbie sneak off for sex at the Four Corners and find scores of couples scattering when the authorities arrive. That bit turns into a pretty funny fight among the cops for jurisdiction, but Helms and Applegate have long exited the scene by the time the joke climaxes.

The original and its 1985 sequel aren’t masterpieces, but they’ve got a coherent badness, especially the first, which Harold Ramis directed, John Hughes wrote, and for which Lindsey Buckingham supplied “Holiday Road,” a perversely catchy, suitably off-kilter theme song. It was trying to be a farce of white middle-class family values. And it doesn’t always know where the jokes are, but sometimes it’s got them and they’re better than anything Daley and Goldstein have come up with. When Ellen’s batty Aunt Edna (Imogene Coca) croaks, Ellen (Beverly D’Angelo) ends her eulogy saying, “I hope at least you kids have learned something about life and death.” “Yeah,” says Audrey (Dana Barron), “don’t die unless somebody’s home.” That’s the sort of superb average-kid line you got in the late 1970s and early 1980s, when child actors weren’t precious, per se — they were simply natural and fully formed personalities. In the 2015 version, when Stebbins doesn’t have a vulgar line to detonate, he looks mildly shocked, like he can’t believe he’s being paid to say this stuff.

In the original — 80 minutes in, with less than 20 left — the Griswolds finally get to Walley World, and the movie comes to new, crazy life. The park’s closed, so Clark gets a very convincing pistol (a BB gun) and makes the owner’s security team (represented by John Candy) open the place up for his family. The montage of the cast on the rides, looking both nauseated and over the moon, with Chase mugging while holding his gun on Candy, gets at a classically stupid Marx Brothers desperation. Fun is a right that turns into a blissful crime. This is where a strain of American comedy was in the early and mid-1980s, wondering about the limits and privileges of liberal white and middle-class life. Albert Brooks was there and Martin Scorsese twice tapped into something like it, with The King of Comedy and After Hours. Vacation was too sloppy to constitute an official exploration. It was a lark that happened to land in an interesting cultural spot. This new whatever-it-is doesn’t care whether Walley World is special to Rusty. Nothing matters to it.