The Making of Les Grossman: An Oral History 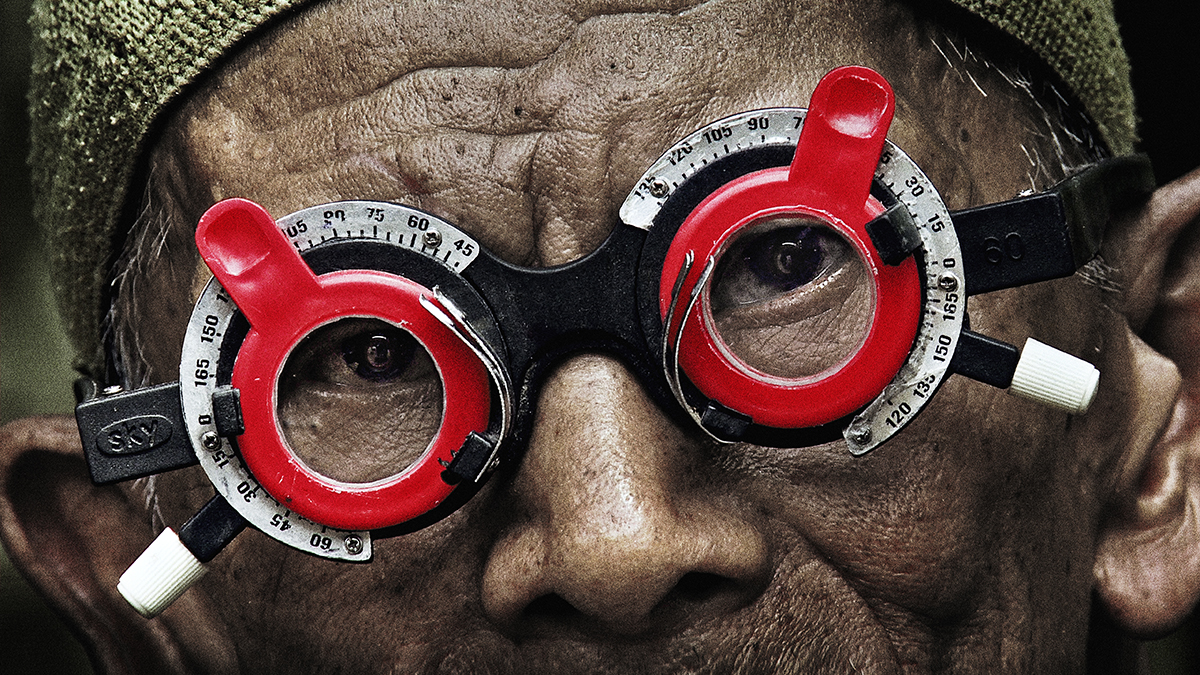 A man goes to a movie screening on a college campus. The screening starts early, around 9 a.m. By the time the man shows up, the mood is tense. Protesters on motorcycles idle ominously outside the campus gates; students stare at them through bars. The protesters demand the screening be stopped; the students insist it go on. Police come and set up barricades while the man with the camera drifts back and forth through the crowd, taking pictures. “We all know that these kinds of mobs never hesitate to do violence,” he says.

After some friction with the school rector (he sides with the protesters), the students push through and the movie starts. It’s a documentary called The Look of Silence, and its plot follows an Indonesian optometrist as he talks to people involved in the killing of his brother, which occurred during his country’s genocide 50 years earlier.

The man with the camera knows the movie well: He codirected it. But because the forces that took power in the 1960s still hold it, he can’t take credit for his own work without risking personal harm. “I happened to be around the city at that time,” he says of the screening. “So I decided to go. I think it’d be safe enough for me. Nobody knows I codirected the film.” He sends his pictures of the mob to a friend, who ports them over to social media, where the story makes Indonesian news: the first time a screening of the movie has been unsuccessfully blocked.

In Indonesia, the killings — a nominally anticommunist campaign that killed somewhere between 500,000 and 1 million people in 1965 and 1966 — aren’t a matter of history but of the present. Men who used to be in death squads now hold local office; the victims’ families live in a state of constant, low-level terror. At one point, the optometrist’s mother tells us she sees people who helped kill her son while shopping for groceries. The movie’s other codirector, a Texan named Joshua Oppenheimer, compares it to a world where the Nazis won and everyone else looked away. 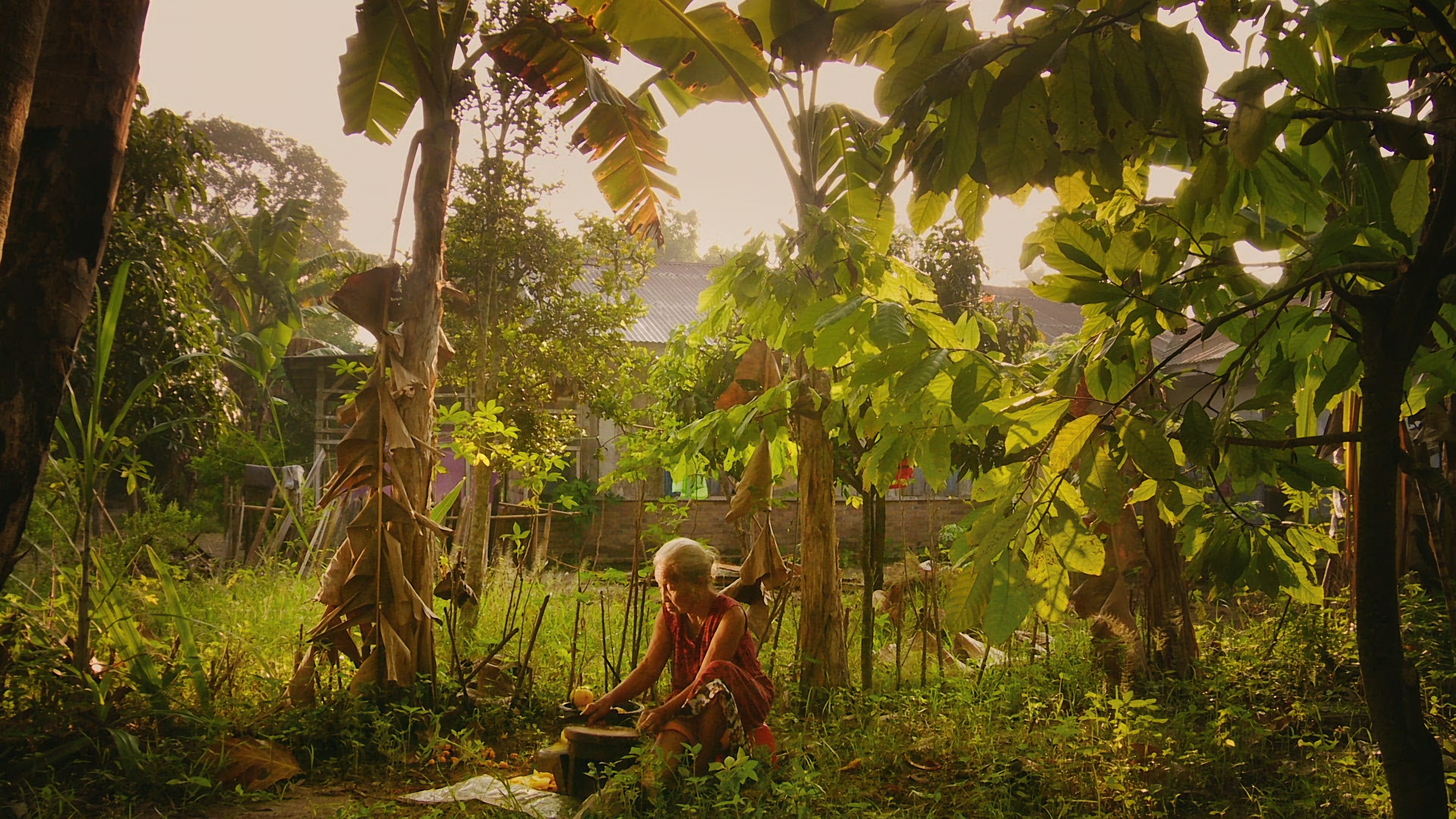 Anonymous A scene from ‘The Look of Silence.’

II.The Look of Silence is a companion to The Act of Killing, a documentary that was nominated for an Academy Award in 2014. In Killing, two men responsible for thousands of deaths are invited to dramatize their work by making movies about it.1 The movies they make are muddled, stylish, violent, and surreal — nightmares transposed onto the screen.

If Killing focuses on the killers, Silence tells the story of their victims. The optometrist, Adi Rukun,2 is gentle but painfully alert. He is 46 but looks 18, cautiously navigating a sea of old sharks with a mood that alternates between patience, numbness, fear, and near breakdown. In exchange for the killers’ time, he offers eye exams. The exams give Rukun a reason to stay quiet while his subjects’ stories unspool. They also produce irony: In exchange for describing the lives they cut short, Rukun helps the killers age more comfortably.

Where Killing feels vast and dreamlike, Silence is tight and dim.3 In one scene, a teacher tells his students the well-oiled story of six generals kidnapped and brutalized by communists, their eyes gouged out and their bodies dumped in a well on the outskirts of Jakarta, while the camera lingers on Rukun’s young son, flinching in his chair. In another, we see him and his sister marvel over tiny, nut-like cocoons jumping with larvae struggling to get out. Rukun’s conversations tend to stop short at the edge of resolution, like clouds refusing to release rain. The most persistent sound in the movie is crickets, designed in postproduction and saturated with digital reverb.

Both movies practice a kind of psychic dim mak, forgoing obvious weak spots for hidden pressure points, catching their subjects off-balance instead of striking at them head on.4 In Killing, we watch the leader of a death squad break down vomiting after he pretends to be a victim. In Silence, we watch Rukun tell a killer that his brother died in the purge and the killer respond by looking away nervously and insisting with some desperation that it must be getting late. These strategies don’t force killers into feeling guilt; they create the conditions for guilt to arise naturally. “They’re afraid not of [Rukun] or of me,” Oppenheimer says of the killers. “They’re afraid of their own conscience.”

Oppenheimer and I meet in the conference room of a sleek glass office building in Beverly Hills. He has a shaved head and high, sharp cheekbones, warm, hazel eyes, and a spray of freckles across his face — a mix of soft and severe. Dressed in black, he looks like a handsome extraterrestrial. We shake hands. A stack of autographed posters for The Look of Silence are fanned out in front of us. The autographs seem out of place.

“Thank you for taking interest in the film,” he says. I tell him it isn’t until he thanks me that I realize I’ve fallen into a kind of writer’s myopia: I assume everyone is as interested in the movie as I am.

“They should be maybe, but they’re not,” he says. Then he laughs. An experimental documentary about a genocide in a country most people have only heard of, with subtitles, and he is having tea in a Beverly Hills conference room promoting it.

In conversation, Oppenheimer is intimidatingly articulate, offering his answers in full paragraphs with the high, muscled diction of an old-time labor organizer. “Cinema must not be pedantic or didactic,” he tells me. “The seriousness of cinema must not be opposed to entertainment; cinema must be entertaining, because what we’re asking people to do is sit down and experience something from beginning to end in absorption and contemplation, which is the opposite of boredom.” At one point, he misquotes the writer Primo Levi and requests that I “strike that”;5 on a couple of occasions, he uses the word “needn’t.” Last year, he received a fellowship from the MacArthur Foundation, a $625,000 grant for which nobody can apply or even knowingly be considered; before meeting him, I nervously joke with a friend that this is the first time I’ll share a room with someone who has been salaried as a “genius.”

Making Silence was delicate work. “It was always up to Adi when and whether to reveal who his brother was and what happened,” Oppenheimer says. “He didn’t have to, because of course that was also the moment of danger. It was entirely up to him in the moment. In fact, I often hoped he wouldn’t, and then he would.”

Though he never appears in the movie and is addressed by the subjects only a couple of times, Oppenheimer found himself steering conversations, serving at once as liaison, director, moderator, and coach. “Sometimes I’d have to whisper to Adi, to suggest some way to get past some peculiar form of denial. If I did that right in front of the perpetrator, the perpetrator would feel ganged up on, that I was partial. So I would also have to quickly improvise fake directions to the perpetrator, too. You know, can you try and meet Adi’s gaze or can you not fold your hands this way — something made up in desperation so I could say what I needed to say to Adi without the perpetrator becoming suspicious,” he explains. “They would probably wonder why — but accept the fact that — I was whispering directions I could easily have said aloud.”

Oppenheimer first visited Indonesia around 2001 to make a documentary about workers on oil palm plantations. Conditions were terrible. Women were spraying herbicides without protective clothing and dying in their forties but refused to form labor unions under tacit threat from paramilitary thugs. This is when he learned about the killings and resolved to spend a non-negligible portion of his life making movies about them. At first, the Indonesian killers saw Oppenheimer as a kind of ally. Now that the movies have screened, he can probably never go back. 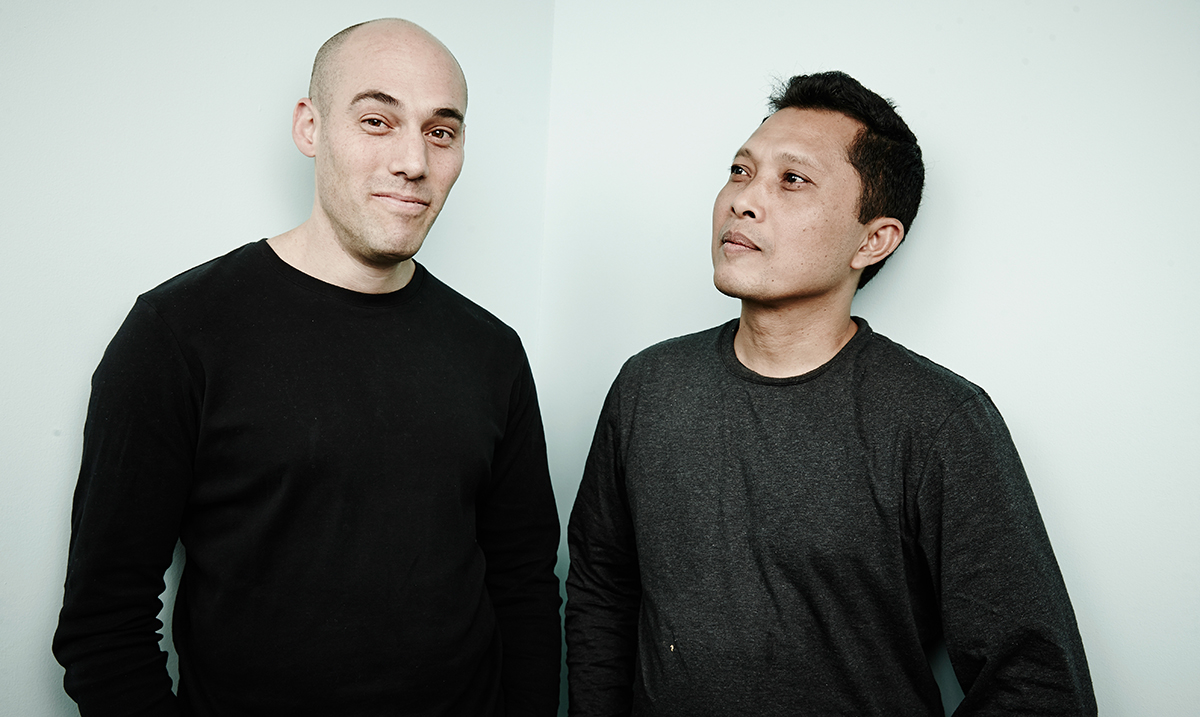 IV.In Indonesia, The Act of Killing was screened in secret and eventually released for free online. By contrast, The Look of Silence was distributed by the National Human Rights Commission and the Jakarta Arts Council, both of which are government bodies. Since November, it has been screened across the country about 4,000 times. At least one of these times was for soldiers, in Central Java. You can see them in The Jakarta Globe, sitting upright on the floor in neat, attentive rows.

Talking to Oppenheimer, I’m embarrassed not by his hope but by his commitment. His collaborator is equally committed — an activist now, he grew up with banned books stowed in his parents’ attic. He recently Skyped into high school classrooms after screenings of The Look of Silence to venture answers to questions like, “What is communism, actually?” I watched Killing in a hotel room overlooking Las Vegas and Silence while visiting family near the beach and have never been in danger of anything. At some point I started to wonder where a passive bystander lies on the spectrum between victim and perpetrator.

The day before my meeting with Oppenheimer, a friend asks if I feel empathy for the killers. Yes, I say. I also know I’m supposed to feel this way — supposed to look at them and understand their anxiety and rationalization. Or, supposed to, as Oppenheimer puts it, “be shocked not by the new but by the familiar. The uncanny sense of, ‘Oh, is that me?’”

The promise of any project so compelled by social responsibility is that it might reach out of itself and change the real-world conditions it’s based on. History can’t be changed by nature. The present remains a different deal. “Joshua and I, as filmmakers, asked a question,” Oppenheimer’s codirector tells me. “And it is up to the Indonesian people how to answer.”

When I ask if he feels proud of his work, he doesn’t say yes or no. Instead, he tells me about a man from Pati, a small village in Central Java near the site of several mass graves. The man had seen The Act of Killing and The Look of Silence and wondered if he might be able to get some DVDs to host some private screenings. They sent him a package and didn’t hear back for months.

When the man finally wrote, it was to say that he had shown the movies in eight villages, mostly to the families of victims. This was during Ramadan, a time meant, among other things, for reflection. For the first time in 50 years, the villagers cleaned their families’ graves and prayed.