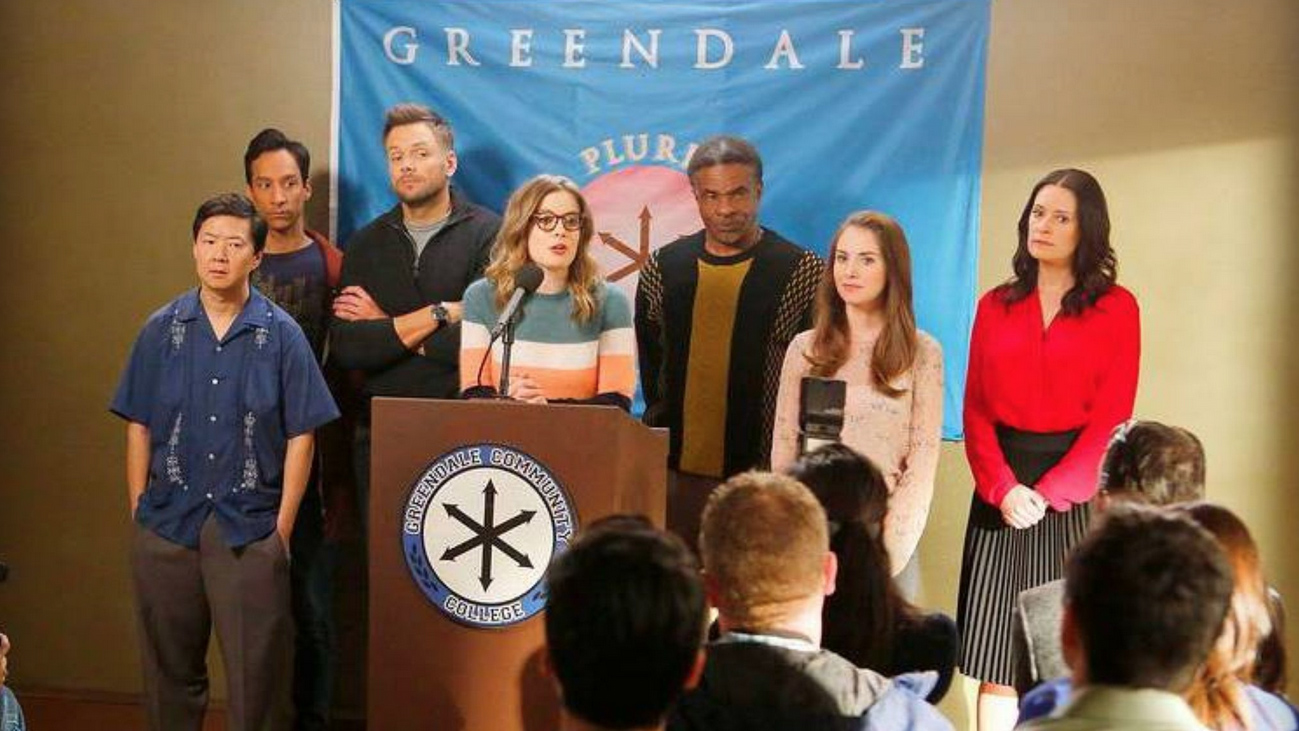 Thanks to the Internet, nothing ever really dies. Facebook profiles outlive the people who created them. Massive failures are kept aloft by a cadre of reality-defying obsessives. And everything from embarrassing vacation photos to wildly off-base prognostications is meticulously archived for future generations to feel schadenfreude and shame.

To that semi-proud list we can now add cult TV shows. Community — the little show that couldn’t but somehow did — returns Tuesday as the inaugural original series on Yahoo Screen. (Don’t snicker. Marissa Mayer has to spend that Alibaba cash on something.) Two episodes of this utterly improbable sixth season will be available tomorrow, with a new installment being added every Tuesday thereafter for 11 weeks. For the math-averse and/or Greendale graduates, that means 13 new episodes in total. For the skeptical and/or pessimistic, it means that a show that I’ve personally eulogized twice has now outlived every high-profile comedy NBC invested in to take its place. Chevy Chase’s Pierce may still be dead, but Community is anything but.

This incredible fact has Human Beings the world over in a state of exultation and triumph. It’s deserved — their dedication to Dan Harmon’s spiky passion project, through low ratings, cast departures, and even gas leak years has been unwavering and bizarrely effective. Though cynical graybeards like myself might note that starting a hashtag isn’t the same as, you know, mailing a letter, the result of their advocacy was the same. (Sony, the studio behind Community, has also been steadfast in its support. For a sense of what they’ve been like behind the scenes, let me direct you, in true Abed fashion, to my favorite moment from the 1989 film The Abyss.) Community’s survival can and should be held up as an exemplar of our strange new world, one in which enthusiasm has tangible value to billion-dollar companies and a small, committed audience is better than no audience at all.

Unfortunately, surviving isn’t quite the same thing as living. And while the Community that returns tomorrow is game enough and charming in all the familiar ways, it also feels worn out from its many battles, be they existential, laser tag, or otherwise. What made the show so exceptional, even when it was frustrating, was the way its comedy voraciously gobbled up everything in its path without distinction or delay; each episode was a unique bolus of sincerity and ironic remove all mashed together and lustily swallowed with a sticky-sweet pop chaser. Community had its characters act out Wallace Shawn movies and obsess over D-grade JCVD knockoffs; it sneered at romance and worshipped platonic love. I didn’t always like the many shapes Community took, but I admired the way it never stopped taking them.

Now, though, it’s hard to shake the feeling that Community’s continued existence has taken precedence over purpose. It’s an overall diminishment that isn’t helped by the shrinking cast: Add Yvette Nicole Brown’s name to the actor exodus that has plagued the show since Season 4. With Jonathan Banks otherwise engaged on Better Call Saul — his crusty Buzz Hickey was a welcome addition in Season 5 — and John Oliver busy working weekends, only a core foursome remain: Joel McHale’s Jeff, Gillian Jacobs’s Britta, Alison Brie’s Annie, and Danny Pudi’s Abed. (Jim Rash and Ken Jeong abide, of course, as Dean Pelton and Ben Chang, but they’ve always functioned best as foils, not the focus.) Together with the long-gone Chase and Donald Glover, these departures rob the show of the fractious energy that fueled many of its better story lines. It would seem perverse to say this about any other sitcom, but: Where’s the drama?1 In the two episodes made available to critics, newcomers Paget Brewster (as Frankie, a type-A insurance adjuster) and Keith David (as a past-his-prime computer genius) make strong first impressions; David in particular has a way of savoring Harmon’s nonsense-bombs like a chewy Cabernet. But there’s no escaping the fact that Community, once a show about disparate weirdos coming together, is now a show about entrenched weirdos who insist on hanging on.

It goes without saying that Community is well equipped to address this sort of entropy directly. “Shirley spun off” is how the perpetually meta-aware Abed puts it in “Ladders,” the sixth-season premiere. And later, he addresses his concerns to Frankie with all the sentimentality of an on-deadline critic, saying the new additions represent “the end of what I call ‘our show’ … what was once an unlikely family of misfit students … is now a pretty loose-knit group of students and teachers, none of whom are taking a class together.” (Frankie, unruffled, replies, “Good shows change. I assume. Personally, I don’t own a TV.”) And once the new reality is established — as opposed to the virtual reality (really!) that defines Episode 602 — Community does some clever work inverting the show’s oldest dynamic. Now it’s Abed who wants to try something new and his old pals who keep dragging him down into genre-based silliness. (This time it’s a speakeasy behind the cafeteria.) There’s a recurring gag about montages — they’re “a movie apologizing for reality” — that’s as fresh as the chicken fingers way back in Season 1.

But it’s hard to shake the feeling that Harmon and his trusty lieutenant Chris McKenna are expending the same amount of energy just to paint a lesser masterpiece on a slightly smaller grain of rice. What’s worse is that they seem to know it, too. The most energetic bits in the first two episodes of Season 6 are also the least essential: an out-of-nowhere freeze-frame, a lovingly constructed trailer for a film that exists only as a punch line. (It’s for the Portuguese version of Gremlins, and it is glorious.) It’s in these moments when it’s once again possible to catch the potent, anarchic vapors of Harmon’s best work, from his early days at Channel 101 to the ongoing performance-art piece that is his actual life. But soon enough it’s back to saving Greendale from itself and tending to Chang’s infected cat bite. It’s all fine, I suppose, but also jarring: In five previous seasons, Community never settled for fine. It was unorthodox, indulgent, sublime, and occasionally infuriating. Once in a while it was even bad. Now Community appears content to be content, making it perfect for the Internet but more than a little disappointing for those of us accustomed to reveling in its remarkable imperfections.

It's Not So Good to Be the King: The Sad Little Rich Boys and Girls of ‘The Royals’