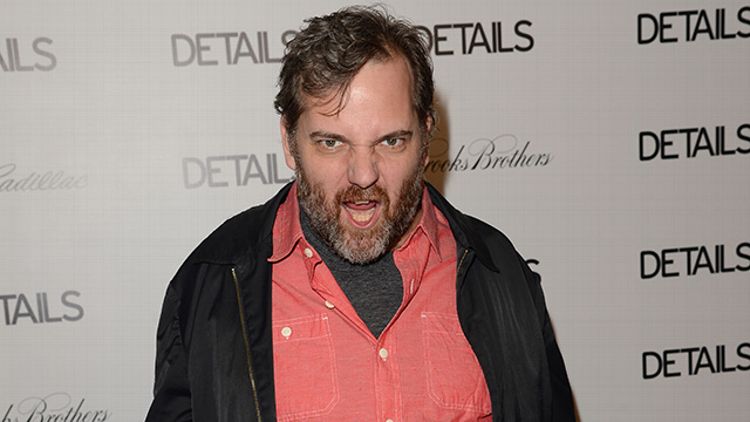 OK, yes, technically, the news here is that Dan Harmon has apologized for knocking Community’s fourth season (the one he had no involvement with) in graphically over-the-top fashion. On his Harmontown podcast, he called watching it like “flipping through Instagram just watching your girlfriend blow everyone” and “being held down and watching your family get raped on a beach.” And for that, he is truly sorry: “After five seconds of thinking, I realized, as usual, that other people might be hurt, and that I really need to do this whole ‘saying things and thinking about other people’ cycle in a different order at some point.”

He went on Tumblr and issued that apology quickly, first to the fans, then the cast and crew, then the writers themselves; he never meant to make anyone feel silly for having invested their time in the season, or for having worked their asses off to make it. It was a considered, sensitive response, and it’s hard not to buy it. But as Harmon himself has made clear, over and over, this is what he does: He talks shit constantly because he finds himself — as do many, many other people — endlessly fascinating. At some point, that gets him in trouble, which isn’t necessarily something he didn’t know would happen as soon as he opened his mouth. In response, he’ll do something somewhere on the spectrum of justification, equivocation, and out-and-out apology. Everyone’ll move on. Then [insert that little arrow-loop on iTunes that puts your songs on repeat].

Of course, in complete Harmon style, this is something he’ll readily admit to you. You can read Harmon’s entire apology here, but a few choice cuts represent the man in general. First, before actually getting into the meat of the situation, he takes the time to plug his podcast — coincidentally, his one outlet for complete, unfiltered Harmonization: “During my award winning Harmontown podcast … which is available for free and, for those interested, is a joyfully overflowing source of opportunities to dislike me, I vented some spleen about the allegedly traumatizing experience of binge-watching a season of TV I didn’t get to control (cue microscopic violin). Laughs were had, I felt better, I cried about my Dad, we played Dungeons and Dragons — it’s a great podcast.” Later: “I love talking about myself, but, trust me, this has been more pain than pleasure for the guy that made you feel bad.” He also declares he’ll stop discussing the show on Harmontown until production is wrapped: “That will protect the show you love, and your love of it, from the creator with the Mouth from PR Hell.”

OK, now, here’s the thing with that last bit. Whether or not Dan Harmon gets in trouble on Twitter has no impact on the ratings for his show: The only people invested in the Twitter wars are the obsessives already watching Community no matter what. Where it does matter, presumably, is Harmon’s relationship with the network and studio: It’s safe to say that if he weren’t as much of an outspoken dude, maybe he wouldn’t have gotten fired. But then he got rehired to Community anyway, so we’re back to square one. So, regarding the Mouth From PR Hell — if there is any impact here, it’s on Harmon personally. He knows damn well that every single one of these little tiffs, ultimately, does little more than solidify the Dan Harmon Brand. Basically: Dan Harmon is in the Dan Harmon business. And business is good.