After ‘Barton Fink 2’: A Proposed Nine-Year Franchise Plan for the Coenverse

Please, God — or whatever swirling chaos tornado the Coens worship — grant John Turturro’s wish. For years now he’s been kicking the tires on a Big Lebowski spinoff for his iconic character Jesus.1 He’s even got a title picked out — 100 Minutes With Jesus — and although the brothers have shown less than a Folgers can full of human ashes’ worth of interest, Turturro is more than willing to direct. But the brothers have shown an inclination toward Barton Fink 2, with Turturro as an aging Fink in 1967 who teaches at Berkeley after ratting out his Hollywood buddies in front of the House Un-American Activities Committee.

That got us thinking: If Marvel can dominate the box office with its three-phase master plan, why can’t Joel and Ethan conquer the art house with their own sardonically grim Coen-verse? They’ve already won their Oscars and essentially assembled an alternate history of 20th-century America with their filmography, and Blood Simple was inexplicably remade in Chinese (by no less than Zhang Yimou) while Fargo has already been transformed into a hit cable series. Hell, Lebowski has spawned a religion. What mountains are left to climb? Only this: a nine-year rollout of spinoffs, sequels, and self-referential mash-ups that will vacuum up awards, mint money, and, really, just tie the room together.

We’ll defer to Turturro’s vision, but here’s hoping those 100 minutes take the form of an inspirational sports film wherein our hero wins over a new neighborhood by taking its third-tier recreational bowling league to the regional championships. 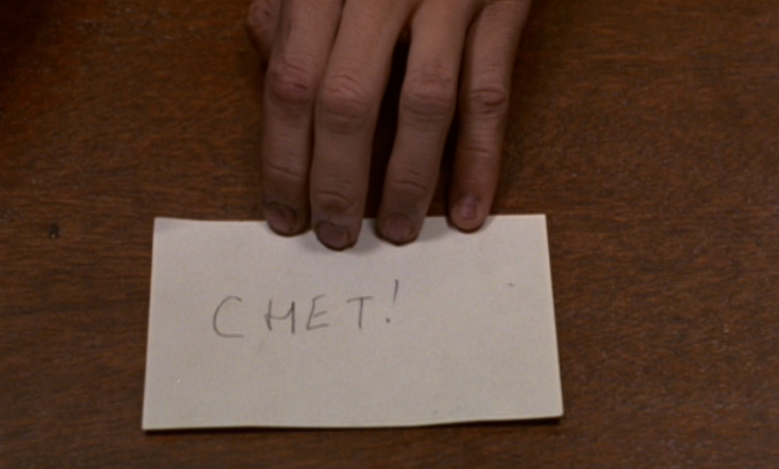 All we need is a cameo by Steve Buscemi’s concierge and the cat from Inside Llewyn Davis.

O Brother, Where Art Thou? LIVE!

Since we’re talking about the Coens, there’s no reason not to take chances right off the bat. How about a faux–concert film following the reunited Soggy Bottom Boys, who go on tour in the Deep South at the height of the civil rights movement? Social progress and hilarity ensue.

No Country for Middle-Aged Moms

Did you leave No Country for Old Men wondering what happened to Javier Bardem’s coin-tossing psychopath and whether he ever got a better haircut? And who wouldn’t want to see the further adventures of Fargo’s Marge Gunderson? This kills two birds with one wood chipper. Fleeing to the Great White North, Anton Chigurh’s inevitable body trail catches the eye of our plucky heroine, setting up a face-to-face showdown between two of the Coens’ most iconic characters, making Heat’s legendary Pacino–De Niro scene look like a fourth-grade talent show.

There are two things one really remembers about Burn After Reading: poor Richard Jenkins getting an ax to the head and an unhinged John Malkovich giving it to him all over his stolen CIA memoirs. The Coens haven’t yet parodied the spy genre, and this seems like the perfect chance to get their take on James Bond. Though something tells me Bond’s shaken martini and tuxes would give way to Cox’s half-open bathrobe and tumbler of Canadian Club.

The League of Morons

After years of careful planning and post-credit Easter eggs, it’s time for the ultimate Coens crossover, an Avengers-style assemblage of their most memorably hapless schmucks: Llewyn Davis, Barton Fink, A Serious Man’s Larry Gopnik, Nic Cage’s H.I. McDunnough (Raising Arizona), and Brad Pitt’s gym instructor, Chad Feldheimer. What could possibly unite all these perpetual losers? The search for the millions that Steve Buscemi buried in Fargo! They won’t find it, of course; instead, they’ll find a barren, featureless landscape symbolizing the ultimate futility of human endeavor.

After the inevitable success of The League of Morons, the Coens will be tempted to reach deeper into their back catalogue of more obscure characters — like their two memorable huckster lawyers: Tony Shalhoub’s Freddy Reidenschneider from The Man Who Wasn’t There and George Clooney’s Miles Massey of Intolerable Cruelty! Think My Cousin Vinny, but with more ridiculous accents.

The Hudsucker Proxy 2: The Next Generation

When last we left Tim Robbins’s deceptively simple-minded Norville Barnes, he’d successfully followed up his hula hoop concept with an equally brilliant annular innovation: the Frisbee. For this one, we leap forward several decades to the dawn of the 21st century, when an aging Norville must find a suitable heir for the successful Hudsucker conglomerate. It’s a hopeless task until one day, a man walks into his office with a design for something called “Google+.”

Why not go for the hat trick?

Coenites spontaneously enforce a collective amnesia about The Ladykillers. But you just know Tom Hanks’s ultimate guilty pleasure is to practice his Professor Goldthwait Higginson Dorr voice in front of the bathroom mirror on Sunday mornings.

After all the money they’re gonna make in Years 1 through 8, who says no?