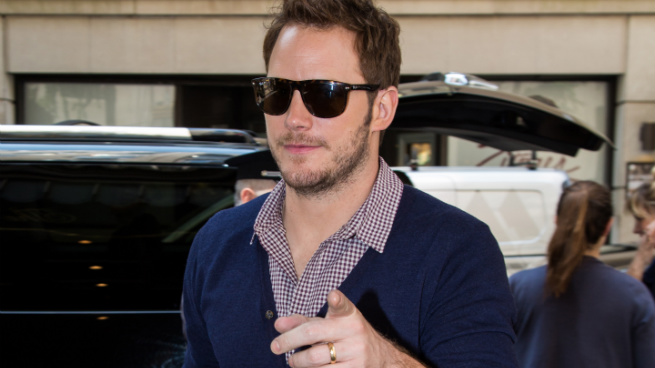 You might have noticed some Saturday Night Live nostalgia here on Grantland recently. The show’s been going for four damn decades! And hosting the premiere of Season 40 on September 27 will be Christopher M. Pratt, arguably the sole winner of 2014. (Ariana Grande, who’s on pace to be a bigger artist than you could’ve imagined, will be the musical guest.) It’s Pratt’s first time hosting, so why don’t we glance at the year that made him an undeniable front-runner for the job?

Pratt confirms that he will star in Safety Not Guaranteed director Colin Trevorrow’s Jurassic World, which has a decent chance at being the best Jurassic movie since the 1993 original. This is among the strongest ways a person can begin a new year.

Parks and Recreation, on which Pratt costars, also scores its best Season 6 ratings (3.43 million) with “Second Chunce.” It’s the most-viewed episode since February 2013.

The Lego Movie — starring the voice of Chris Pratt — opens at no. 1 with $69 million. (A sequel is green-lighted before premiere day.) The unanimously beloved film remains on top for three weeks and stays in the box office top five for five weeks. Domestic total: $257.8 million. Worldwide total: $468 million.

Pratt also says the velociraptor is his favorite dinosaur. Still on a roll. Then video evidence emerges that he basically predicted his Jurassic World role four years earlier:

Pratt and Anna Faris, his wife, are tapped to star in Steve Pink’s Vacation Friends, a comedy.

Parks and Recreation wraps its sixth season in brilliant fashion. It’s announced that Season 7 will be the show’s swan song.

(He’ll later double down on this special talent, stopping an interview to demonstrate his skills.)

Then Pratt shows up at the MTV Movie Awards pretending he has a microphone he doesn’t really have, helping establish the show’s distinct “do I look like I give a fuck?” tone.

Today visits the set of Jurassic World. Quizzed about his newly buff body, Pratt says, “Those are America’s abs.”

The biggest moment for #chrispratt2014: Marvel’s Guardians of the Galaxy, starring Pratt as Peter “Star-Lord” Quill, opens at no. 1 with $94.3 million. The widely beloved film drops to no. 2 for two weeks before returning to no. 1, where it’s currently been for the last three weekends, giving it the most no. 1 weeks of any Marvel film. Pratt has now been on top of the box office for seven of 2014’s 36 weekends, or 19.4 percent of the year. With a current domestic total of $295.5 million, Guardians is the highest-grossing film of the year in America, and the biggest Marvel “starter” movie (not a sequel or a tie-in, like The Avengers) ever. The worldwide total is sitting at $587 million right now. Awesome Mix Vol. 1 — a collection of 12 ’60s and ’70s cuts enjoyed by Star-Lord — goes to no. 1 on the Billboard 200.

And with Guardians of the Galaxy comes a slew of year-clinching moments for Pratt. For example, he shows off his rap lyric recall and does a killer Eminem impression, right after talking about the time in his life when he lived in a van and smoked weed every day.

And then Chris Pratt’s yearbook photos emerge on Reddit. They are — surprise — great.