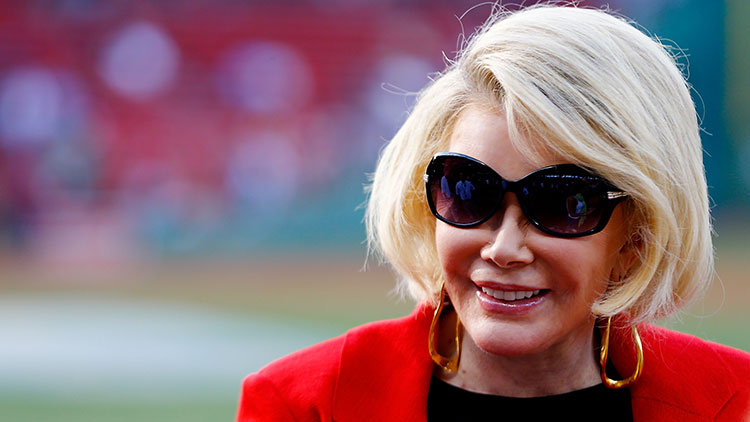 This week Wesley catches Alex up with what he’s seen at the Toronto International Film Festival, and Alex catches Wesley up on how little he missed of Lifetime’s Brittany Murphy movie.

They then compare Taylor Swift’s “Shake It Off” to Nicki Minaj’s “Anaconda,” discussing how the latter seems to be a response to the pop conditions that produced the former. They also wonder why it’s so difficult for Minaj to reach her cruising altitude as a star rapper: It’s like she’s always on defense while Swift never seems to be, even though it often feels as if she should be.

Finally, they discuss the career of Joan Rivers, who died last week at the age of 81.

An Audience With Joan Rivers, 1983

The Replacements, Perfectly Imperfect, Return to 30 Rock to Play 'The Tonight Show'