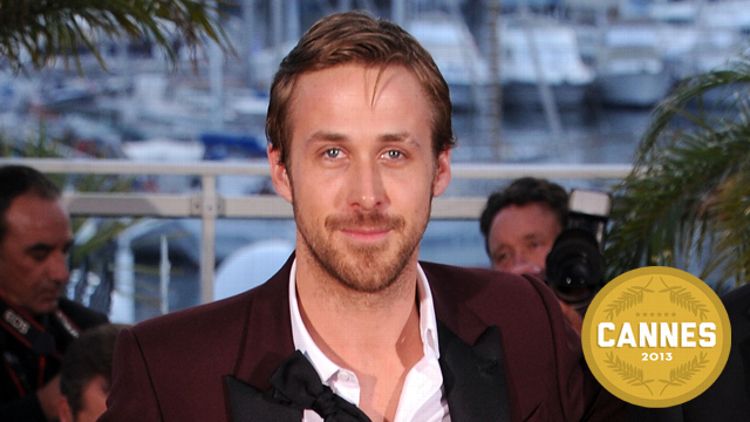 Now this is more like it. Finally, a movie outrageous enough to make people stand up and boo. The honor goes to Only God Forgives, 90 minutes inside a barrel of Nicolas Winding Refn’s subconscious sexual nightmares. All the slicing and hacking makes it obvious: Refn is scared someone wants to take away his penis. It’s true that some of the audience came to the film’s rescue with applause. But after the final pair of limbs had been slashed off, you knew what the jeering was all about. Some of us were hoping Refn would top the flamboyant brooding of Bronson or the neon ecstasy of Drive. We got instead a work of regressive junk.

Ryan Gosling returns, this time as some kind of Refn surrogate. He’s a drug dealer and the owner of a Bangkok muy thai boxing gym prone to walking … very … slowly down corridors lit, like most of the movie, in emergency-exit red and dreaming of reaching for a door and having his arm slashed off. This guy is seeking revenge for the murder of his brother — even though the brother is a psychopath who raped a teenage girl and bludgeoned her to death. Gosling is once again horny, silent, and deadly, but because this is a Western movie in Thailand, the only woman a man can find is a prostitute.

But Only God Forgives purports to have a moral calling greater than vengeance: retribution. Indeed, whatever Gosling’s character wants pales next to the retribution sought by a former cop (Vithaya Pansringarm) who keeps a sword tucked behind his back, but is also handy with hairpins and knives. See, he has a young daughter and won’t stand for the mistreatment of any girls. Between kills, he takes the stage at a karaoke hall and performs ballads that explicate his mood. Which is good, because his face doesn’t. Vithaya and Gosling are basically locked in a zombie contest.

Behind the Candelabra Changes Everything

The plot itself is easy enough to follow: kill, kill, kill, kill. It’s like a grisly children’s book, one dominated by a death-synth score courtesy of Cliff Martinez and the heartlessness and obscenity of Kristen Scott Thomas in designer sweatpants and blonde extensions. She plays Gosling’s mother as if Angela Lansbury in The Manchurian Candidate were on a satanic reality show: The Real Housewives of Perdition, maybe. You feel sick for wanting more of her vulgar putdowns — largely because it’s just a casting stunt. But if you accept that Only God Forgives is a director having a bad reaction to fatherhood or success or Ambien, then Scott Thomas treating her aristocratic movie bearing the way a cat does a litter box is a devilish grace note.

That Refn thanks in the closing credits the Chilean director Alejandro Jodorowsky — who’s got a delirious new movie showing here in the directors fortnight — and the French film terrorist Gaspar Noé goes a great deal toward explaining Refn’s interest in chic but despicable imagery. In this morning’s press conference, Refn explained that he’s forged a friendship with Jodorowsky and wanted to make a film that honored that bond. The hazard is that there’s no one like Jodorowsky. Copying it is like trying to steal someone’s soul. Refn has some of the Chilean’s sleepiness but none of his magic, black or otherwise. Ultimately, the anxiety of Only God Forgives feels more akin to the blues of his fellow Dane Lars von Trier. Refn doesn’t reach the cinematic highs (or, if you’re so inclined, the lows) of, say, von Trier’s Antichrist. But this is a director worrying aloud and extravagantly about himself. Refn’s concerns are oedipal and paternal. They’re also juvenile enough to allow one to assume the only reason the film is set in Thailand is because he likes the way Bangkok sounds.

Two years ago, Refn rightly won the directing prize here for Drive. And now Only God Forgives is showing in the main competition. You can’t quite understand how the jury could be presented that film and not Claire Denis’s Bastards, which premiered yesterday in Un Certain Regard. It, too, is a movie stained with luridness, carried by a man (Vincent Lindon) of strategic taciturnity and featuring some reprehensible fathering. But the sex and violence lead dramatically upward, and Denis knows where to put all that strength and silence, usually right into Chiara Mastroianni. She plays the ritzy woman across the hall from Lindon.

When he’s not in bed or against a wall with her, he’s trying to find his missing teenage niece, who’s gotten mixed up in some kind of sex ring. Mostly, we see her walking sweaty streets in only a pair of heels. Denis brings her usual elliptical style to the action so our senses of place and time are rarely fixed. But she’s a shrewd enough director that her denial of our comfort only heightens the curiosity to know what these characters are getting themselves into. As for Lindon, there’s no one in American movies like him, not anymore. Gosling is certainly virile, but he’s becoming a joke on virility. Lindon is the old, rumpled shirt on the floor near the washing machine to Gosling’s pressed and dry-cleaned panache. But the creases, the age, the eyes that seem as though they haven’t closed in a decade, the casual force he uses to get on top of you: They all give him character.

The movie itself is less than prime Denis. It’s not Beau Travail or 35 Shots of Rum. It’s not even The Intruder. During the movie, a friend leaned over and said Bastards is like a Harrison Ford thriller. She meant something like Frantic or Presumed Innocent, in which there appear to be forces conspiring to ruin the protagonist. She’s right. But no Ford movie has this ending or, for that matter, this sex. Denis directs with the heat and confidence that give the inherent mounting absurdity of the script some grim wonder. You leave perfumed by the artist rather than tortured by one.

Timecop Is Getting a Reboot

Lindsay Lohan's Drug Dealer Sells His Story to Star ... and Other Horror Stories From This Week's Tabloids