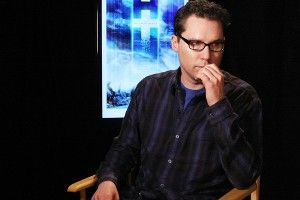 After directing the first two movies in the franchise, Bryan Singer dipped out on X-Men to try to kick-start another superhero lineage. He ended up with Superman Returns, and pretty much nobody liked it, and so Singer never got a chance to make another Man of Steel flick. Eventually, Zack Snyder was brought in for another attempt at a reboot, and the result — a gloomy Christopher Nolan–produced number that’s actually called Man of Steel — is out next summer. Meanwhile, Singer moved on, out of the superhero world and into Cornish folklore. His upcoming movie is called Jack the Giant Slayer, it stars Nicholas Hoult (the once and future Tony from Season 1 of the U.K.’s Skins), and it’s based on the Jack the Giant Killer tales. And then Matthew Vaughn, who directed X-Men: First Class — the series’ latest installment, a prequel that starred young guns Jennifer Lawrence, Michael Fassbender, and James McAvoy — decided he didn’t want to stay on for another round. So now the superhero-movie director roulette wheel spins once more, and, as Deadline reports, Singer is back on X-Men. The new project is called X-Men: Days of Future Past, it’ll bring back Lawrence, Fassbender, and McAvoy, and it has a tentative release date of July, 2014.

Two more things you need to know about this flick: (a) Its subtitle sounds like the name of a slim volume of iambic lyric poetry from ancient Greece; (b) it’s probably going to rule. And, somewhere, Brett Ratner has dropped to his knees and is screaming at the gods such things as “No one calls to see if I’m interested in coming back to X-Men? The Last Stand only made $450 million worldwide! I swear, here’s a link to its BoxOfficeMojo page!“