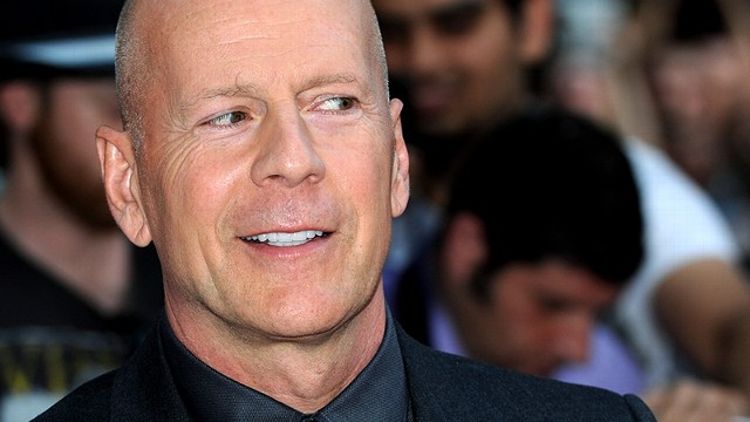 Yesterday, Sly Stallone took to Twitter to announce Bruce Willis was out on The Expendables 3, in dramatic fashion: “WILLIS OUT … HARRISON FORD IN!!!! GREAT NEWS!!!!! Been waiting years for this!!!!” Stallone and/or his Twitter valet wrote. “GREEDY AND LAZY … A SURE FORMULA FOR CAREER FAILURE.” So what the hell was he talking about? Well, according to THR, Willis ended up getting bounced off the movie because of one very small, very specific, totally reasonable demand: He wanted to be paid a million dollars a day to shoot it. I mean, yes, totally, of course. Who wouldn’t?!

Says THR: “Willis was offered $3 million for four days of consecutive work on location in Bulgaria for the film. ‘He said he’d drop out unless he got $4 million,’ [a] source close to the production says. ‘A million dollars a day. Stallone and everybody else involved said no.’ Stallone then quickly reached out to Ford, who was game to join the Expendables cast.” All in all, a pretty amusing scene here. There’s Bruce, apparently so bored to tears with Sly’s latter-day franchising he could barely bring himself to sleepwalk through four days of work. There’s Sly, so angry that he might have just called THR himself to rat Bruce out (and/or had his Twitter valet do it). And then there’s Harrison Ford, offering one more explanation as to what the hell he’s doing on the set of The Expendables 3: He’s getting paid nearly a million dollars a day.

Afternoon Links: The Her Trailer Explores a Different Kind of E-Dating

Lamar Odom's Mistress Speaks ... and Other Depressing Tales From This Week's Tabloids