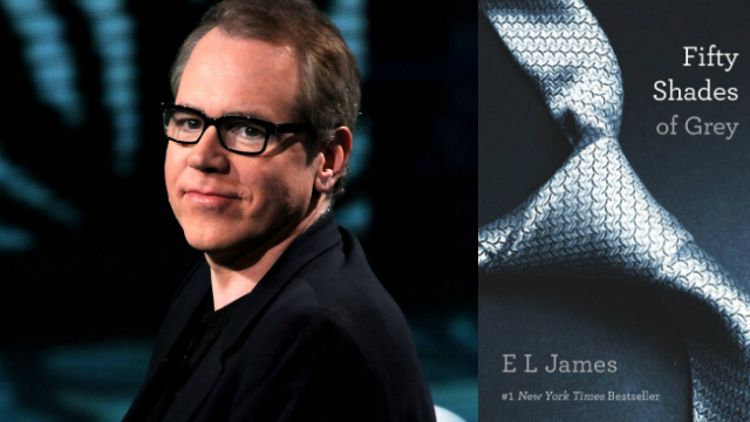 Just after midnight last night, somewhere in the upper levels of the Doheny Plaza condos, before the glittering backdrop of the West Hollywood skyline, a dream died.

Bret Easton Ellis, the Internet’s foremost self-declared candidate to adapt E.L. James’s pop-smut best seller Fifty Shades of Grey, got on Twitter to announce to his 320k-plus followers that he was out of the race. For those of you who don’t subscribe to this particular newsletter, when he hasn’t been spearheading a vitriolic social media takedown of Deadline editor Nikki Finke, Ellis has been spending the summer of 2012 putting together his Team Fifty fantasy league, polling his followers for their favorites to play the leads Christian Grey and Ana (possible candidates: Matt Bomer, Ian Somerhalder, Channing Tatum, Alex Pettyfer, Tom Hardy, Ryan Lochte(!!). OK, he was really only interested in casting Christian Grey) and generally treating Twitter as his public pre-production diary for a film that he had never formally been attached to in the first place.

Apparently, it was getting a little too weird/sad, so someone had to mercy-kill this apparently self-sustaining Hollywood dream. (To add insult to injury, today news broke that The Killing‘s Veena Sud stands a better chance of getting the job than he does.) After the news was broken, Ellis had no other choice but to document his grief over the project. What follows is the emotional fallout, (with Kübler-Ross-aided annotations) ripped from the tear-stained e-pages.

Fifty Shades of Grey: I’ve nothing at all against Matt Bomer. I’ve just realized that I’m gradually shifting over to Ian Somerhalder for CG.

Delusion is basically a form of denial, right?

“Major disappointment,” “somehow” … OK, so it’s not exactly fire and brimstone, but to be fair, he’s been channeling the bulk of that energy to his alleged neighbor in recent months. So for now, this will have to suffice as BEE’s version of typing so f—ing hard he might break his f—ing MacBook Air!!!!!!!!

@e_l_james I hope you find someone as passionate as I was about “Fifty Shades of Grey.” I will miss it. Moving on. Laters, baby…

Fifty Shades of Grey: The 25-year-old asks “Why are you so bummed? You dodged a fucking bullet.” My response: “I’m tired. I’m going to bed.”

Meanwhile, three floors down, Nikki Finke sent off a text to Focus CEO James Schamus (“TY BB! Totes stoked 4 ParaNorman IOU!!”), closed her laptop, switched off her bedside light, and drifted off to sleep to the sweet sound of Ellis’s mournful sobs, which no 25-year-old could quell that night. “The empire … lives …”