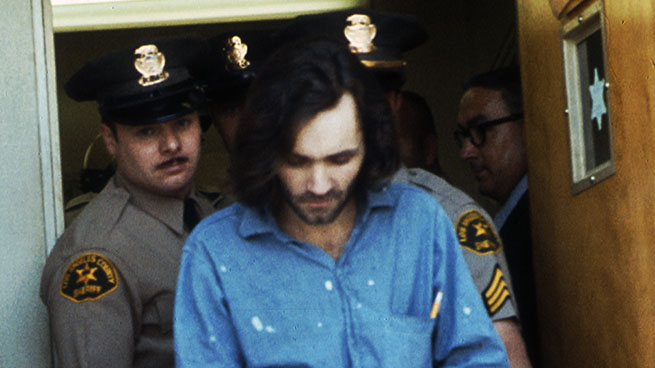 How have these guys not worked together before? The depraved fellows who brought us American Psycho (the book, at least) and The Devil’s Rejects are now teaming up to develop a Manson Family project at Fox. It’s currently “envisioned as a limited series, but it is in the very early stages of development,” Variety reports. Ellis will do the screenwriting, while Zombie is attached to direct. “I have been obsessed with this insane story since I was a kid, so obviously I jumped at the chance to be involved in this incredible project,” says Mr. Zombie. “After speaking with Bret, I immediately realized that we shared the same vision for this epic madness.”

House of Cards Season 3 is being binge-written. Hmm.

Jurassic World Watch: Vincent D’Onofrio and Irrfan Khan have signed on. D’Onofrio is the non-dino baddie.

Radiohead’s Jonny Greenwood and the National’s Bryce Dessner have a split album streaming at Pitchfork. It’s composed of three orchestral works Dessner wrote and a performance of some of Greenwood’s There Will Be Blood score.

Duck Dynasty is becoming less of a thing.

Wes Anderson’s James Bond pitch, which he would’ve called Mission: Deferred: “The Cold War is over, and there’s no gig. [Bond] goes in to see M, and M is on the phone, and he’s walking around M’s office and finally says [Anderson, as Bond, gestures for M to call him]. And I kind of thought the gadgetry is, like, he has a great coffee machine, and that maybe he gets into a bar fight or something because he has a license to kill, but … and so I never got the call.”

The Lego Movie’s producers are doing a Minecraft movie.

Robin Thicke uncomfortably tells a crowd, “For those of you who don’t know, my wife and I got separated a few days ago, and I want everybody here to know that I’m trying to get my girl back.”

And this is Grant Gustin as the Flash for the new CW series.

Songs of the Week: Oscars Edition!