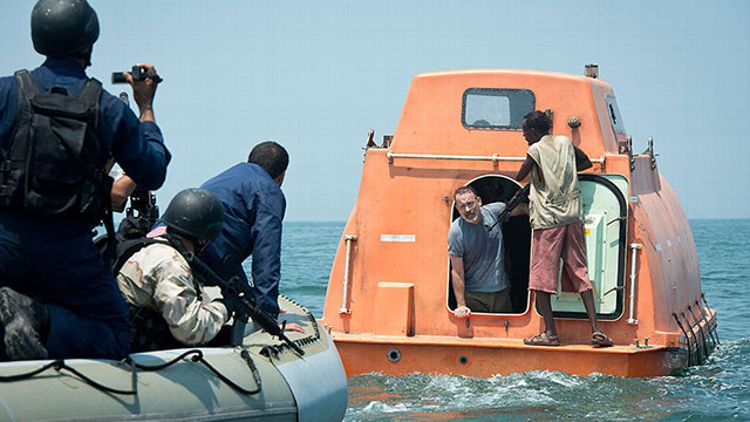 Everyone is writing about how Gravity’s intergalactic/planetary word of mouth kept it on top for a second consecutive week, which makes sense. It’s an amazing movie. It’s amazing in 3-D. It’s really amazing in IMAX. But can we pause to give a little credit to a nice, simple title? Ang Lee’s Life of Pi had lots of those same word-of-mouth qualities and was arguably the best use of 3-D ever, but who was Pi? Why did we care about his life? Pi is a math thing, right? Tigers and math? No thanks. Meanwhile, a downside to Gravity’s lasting success: One Warner Bros. exec tells Deadline “the demise of 3-D in the domestic marketplace was totally premature.” If this meant more movies like Gravity and Pi’s Math-Tiger Sails the Seven Seas, that would be a win for everyone. But it actually means $5 more to see lots of movies that don’t even nod toward depth or immersion.

Two good movies did well in one weekend! Peace on Earth! Not counting Toy Story 3’s $110 million mega-opening, this is Tom Hanks’s biggest debut since Angels & Demons in May 2009. Which isn’t that big of a deal when you consider his movies in between were Cloud Atlas, Extremely Loud & Incredibly Close, and He Who Shall Not Be Named for Another Several Months After This Mention, Larry Crowne. Forbes contends that the solid numbers for Captain Phillips point to Hanks’s movie star bankability, but didn’t Larry Crowne have Hanks and Julia Roberts and do dismal numbers?

Robert Rodriguez added Jessica Alba, Michelle Rodriguez, Sofia Vergara, Mel Gibson, and Charlie Sheen (when was the last time those last two helped anything?), and the Machete sequel still wound up with one of the worst debuts for a movie playing in more than 2,500 locations. It’s also one of 2013’s weakest openings, but Danny Trejo is still one of the world’s most unfuckwithable humans, so he’ll be all right. “If we do get a Machete Kills Again, it’ll either be direct-to-DVD or because Robert Rodriguez called in some favors or was able to cast someone huge in a supporting role,” writes Forbes, throwing Sandra Bullock’s name out there.

JT and BA stay struggling. Sure, this festival of bland handsomeness earned $31.1 million in other countries — double its domestic take — but it’s like, Timberlake and Affleck don’t live in those countries. They live in America, and now they can’t even walk around with their heads held high for at least two weeks. Ben has gotta be amped to get into that Batman suit soon. Justin has gotta be psyched to make a trillion dollars on his new tour. And they’re probably both ready to go see Gravity for a third time.