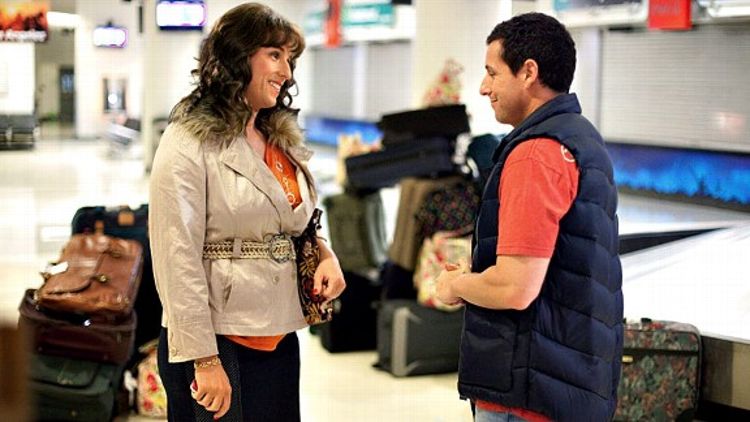 Leonardo DiCaprio puts on a rubbery old-guy mask and even less plausible accent to play the titular FBI director in Clint Eastwood’s latest biopic, which expands nationally today. Eastwood’s movies usually do better when the director is in front of the camera, but Edgar has made an impressive $53,000 in limited release since Wednesday, plus what else do your parents have to do this weekend?

Will Brett Ratner’s hate-tainted publicizing bring out the rehearsal-averse homophobes who stayed home last weekend? Or will the events of this week snuff out what little chance the already-flailing Heist had of stealing back its $75 million budget? Probably that second one.

Despite having already extracted $81 million from quiet-seeking parents’ wallets over the past two weekends, this Shrek spinoff shows little sign of slowing down. What else are you going to do with your kids tomorrow, take them to J. Edgar?

Mickey Rourke stars as the Greek god of paycheck-cashing in Tarsem Singh’s gold-speckled 3D 300 remake. Its R rating and lack of a studio partner (Relativity Media is doing battle on its own here, Spartan style) might limit its opening-weekend potential a bit, but moviegoers’ endless appetite for shirtless, slow-motion violence should not be underestimated.

It’s finally here! In this year’s presumed front-runner for the Worst Picture Razzie, Adam Sandler stars as a guy and his own sister. All indications are it’s as terrible as it looks (astonishingly, it’s the worst-reviewed movie of Al Pacino’s career. And he was in Gigli! And Righteous Kill! And 88 Minutes!), but Sandler and J&J director Dennis Dugan are on a roll and each of their last four collaborations have opened to at least $30 million. Expect a sequel order by Tuesday.