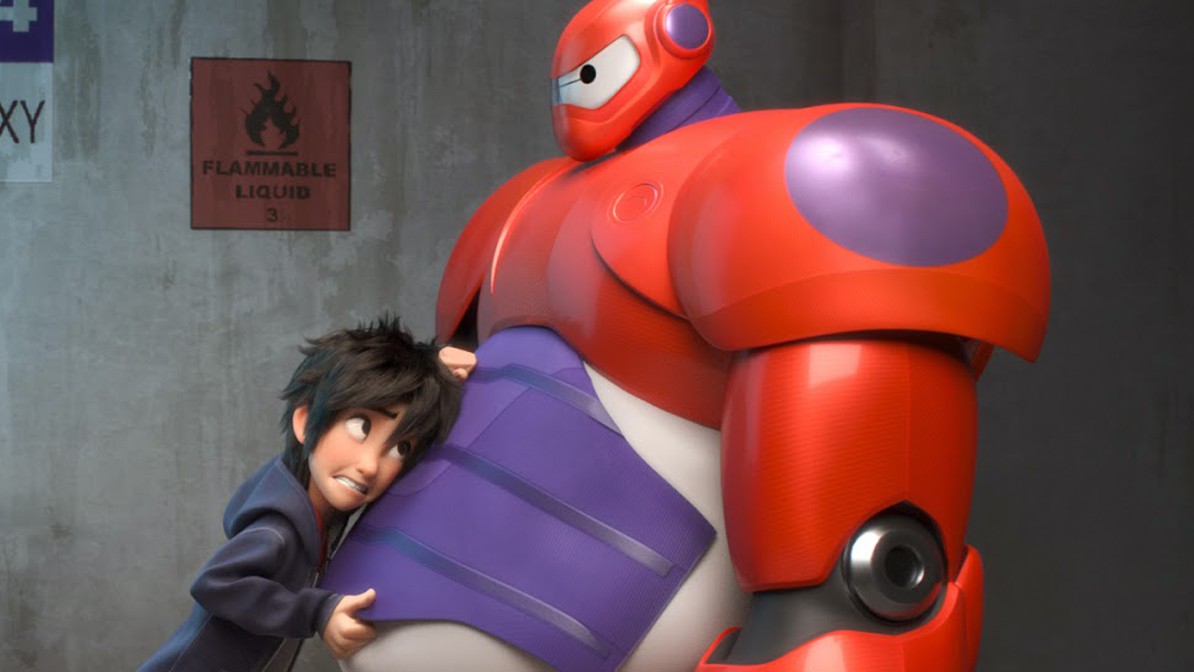 Ah, science. You and Hollywood have come a long way since James Whale slapped spray-painted bolts on Boris Karloff’s neck and filmed him next to a Tesla coil. Look at you two now: Studio blockbusters routinely use enough computer power to win the Cold War, and we even gave Neil deGrasse Tyson his own show. Sure, we still play loose with the laws of physics now and then, but you’ve got Christopher Nolan teaching everyone about gravitational lensing. So, science, old buddy, this weekend’s for you: The holiday movie season hit hyperdrive with a Stephen Hawking biopic, a steampunk Pillsbury Doughboy, and, of course, Matthew McConaughey as humanity’s own Buzz Lightyear, taking us to infinity and beyond.

Between Big Hero 6 and Interstellar, the studios had a grand ol’ time at the domestic box office: Both grossed more than $50 million, just the fourth time two films have broken the $50 million mark in one weekend. (The last instance was the good ol’ timey days of World War Z and Monsters University, way back in 2013.) But to give you an idea of how deep a pit Hollywood dug itself this summer, the top 10 movies still grossed almost 8 percent less this weekend than last year, meaning 2014 remains down 3.8 percent: $8.7 billion year to date versus $9.1 billion at the same time in 2013. And most shockingly, the big winner this weekend was not St. Christopher the Redeemer of 70mm Film, but …

Winner: The House the Mouse Built

First, Disney owns ESPN (and thus Grantland), as well as Marvel, whose bottomless basket of merchandise-ready heroes Disney Animation/John Lasseter rummaged through to find Big Hero 6’s inflatable secret weapon, Baymax. At this point, Marvel mints franchises as casually as Picasso sketched on a bar napkin to pay for dinner. Big Hero 6 did the unthinkable and took film’s own White Knight, Christopher “Imax” Nolan, down a peg or two. The Disney Animation film won the weekend with $56.2 million, leaving Nolan’s Interstellar in second place. That’s Disney’s biggest non-Pixar opening weekend after Frozen, and if you’ve recently had to buy a Christmas gift for any female relative under 16, you know the godless amounts of money that movie-and-toy empire has made. Big Hero cost a considerable $165 million, so all of that merchandising moola will go a long way to offset the price tag. Still, with an opening like this, and the legs that animated films tend to show around the holidays, Disney watchers are breathlessly throwing around comparisons to The Lion King, Aladdin, and Wreck-It Ralph. The only potential roadblock might be DreamWorks Animations’ Penguins of Madagascar over Thanksgiving.

It boggles the mind to type that, twists my beliefs into Möbius strips of incomprehension, and flushes my expectations straight down a black hole. This is Christopher Nolan, the man who launched the Dark Knight trilogy, turned Inception — a Russian nesting doll of a Mensa puzzle — into a bona fide blockbuster, and was riding the coattails of the McConnaissance to boot. Interstellar had freaking Imax and a walking iPad, for god’s sake, and it still took second place with $50 million for the weekend, with an additional $2.2 million from its early open midweek. That’s just under the high expectations of some and wild hopes of others, and possibly the result of the somewhat faint praise of its reviews. It’s the first time a Christopher Nolan film hasn’t opened at no. 1 since Insomnia in 2002 and his lowest opening weekend since The Prestige.

But we should keep some perspective. Interstellar literally required a physics degree and a knowledge of rocket science to make; it ran nearly three hours long, which cuts into the number of times a day any given theater can show it; and it could still have a long run ahead. Inception made so much money and it dropped 32 percent and 35 percent in its second two weekends. Even on its massive $165 million budget, $50 million is not a bad opening weekend, and Interstellar qualifies as a hit when you consider its additional $80 million international gross. And then you have to factor in relativity: This isn’t the summer; it’s early November. From a different angle, you can marvel that Nolan got us, a nation of science illiterates, to fork over $50 million for a potential downer of a film about an Earth wasted away by blight and drought, where the only hope of salvation involves a bunch of NASA nerds scribbling on blackboards. Also, it’s a 100 percent original concept not based on a comic, ancient TV series, or New York Times best seller. C’mon, what more do we want?

On the more cuddly side of science, the Stephen Hawking biopic The Theory of Everything took the day at the indie box office with a handsome per-screen average of $41,400 at five theaters in New York and Los Angeles. Pretty impressive for a movie whose lead has to carry out half his performance in a robotic wheelchair while emoting through a frozen grin. Of course, precisely because Eddie Redmayne pulls it off does Theory of Everything stand a shot at the Oscar buzz it needs to help it expand to more of the country. Although the hard-science quotient in the film falls surprisingly below Interstellar’s (Lorentz transformations? We don’t need no stinking Lorentz transformations!), Theory of Everything will likely stir the heartstrings of Brief History of Time fans and casual moviegoers alike. Also, you get to see a young Hawking type “terminate” into his digital voice box — which anyone who discovered Apple’s Voice app back in the day can relate to.

Since we were just talking about America’s adorable no. 1 psycho couple, Nick and Amy, it’s worth noting that Gone Girl clawed its way back into third place with $6 million, bringing its domestic total to $145 million, meaning it has got a pretty good shot at $164 million and displacing The Departed from the top 10 October movies of all time. It looks like theirs is the bad marriage that just refuses to die.

But if you want to see a marriage that’s far more than six feet under, just check out Before I Go to Sleep. When talking box office, there’s “dropping” and then there’s free fall. In only its second week, Before I Go to Sleep shed more than half of its 1,900 theaters and earned $350,000, which, when you do the fancy math, works out to a steep 81 percent decline. And by “steep,” we mean “broken elevator in the Empire State Building plummeting without an emergency brake.” Yes, Before I Go to Sleep earns the dubious distinction of having the fifth-worst second-weekend drop of all time: just above Return to the Blue Lagoon and two slots under Gigli.

The Big Hero Top Five of the Weekend