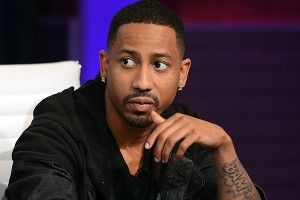 “Only n—- in Beverly Hills / where the hell is Axel Foley at?” Kanye queried earlier this year. Why, he’s on CBS, of course! While the network hasn’t officially given its Beverly Hills Cop reboot the green-light, it is moving steadily forward on the project.

According to Deadline, once its executive producer Shawn Ryan (best known for The Shield; most recently known as the co-creator of ABC’s Last Resort) turns in a script, a pilot pickup is all but inevitable. Good thing, then, that they’ve also landed on a lead actor. His name is Brandon T. Jackson, and you may know him from such films as Tropic Thunder, Percy Jackson & the Olympians: The Lightning Thief, and, of course, Big Mommas: Like Father, Like Son (how many Oscars did he win for that last one? All of them?). You might also remember Brandon from that time the then relatively unknown Odd Future did a set on Jimmy Fallon’s show and did their best “possessed steamroller” impersonation; Jackson was sitting on the couch, and actually did a pretty good job of not looking bewildered or terrified. I can’t say that I’ve seen that much else of the young man’s filmography, and so this casting decision is kind of a wash on the “churning up goodwill” tack — Jackson seems wholly competent, if not necessarily exciting. Then again: If he can tap into some of his “sitting on the Fallon couch while Odd Future tries to eat the set” potential, who knows what this show could be?!

Anyway, Jackson will be playing Axel’s son Aaron, who’s trying to follow in the footsteps of his father while escaping his shadow. Eddie Murphy, who is also executive producing, will appear in the pilot as Foley Sr., and may end up a recurring character. Oh, and according to Deadline: “I hear Murphy suggested Jackson. Murphy is said to be a fan of the young actor and his stand-up.” Really? Eddie Murphy’s out there, his ear to the streets, trying to find upcoming young comedic talent? Something about that rings a little false. I’m not saying Eddie Murphy is completely out of the loop. I’m just saying that if the real story behind “Murphy suggested Jackson” ends up being more like “Someone texted Eddie Murphy, ‘Hey, we’re hiring this dude Brandon; is it cool if we say you were the one that picked him?’ and he texted back ‘K,'” I wouldn’t exactly be shocked.

Boy, Does the Trailer for The Canyons Look Terrible